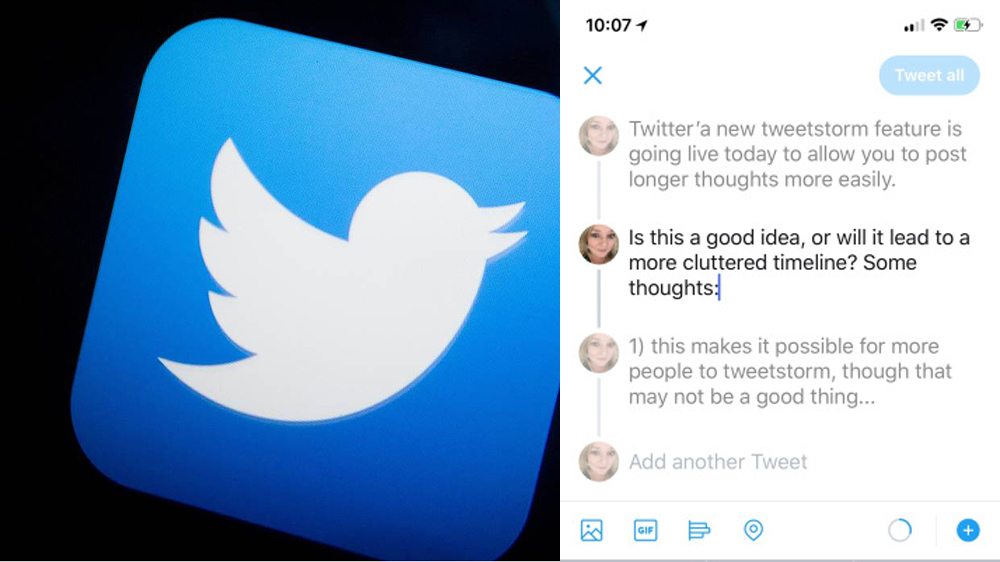 Twitter has added a new way to keep your tweetstorms ongoing without a pause. You can now string together more tweets in a “Thread” by just tapping the plus sign ‘+’ in the tweet composer.

A few weeks ago, we expanded our character count to make it easier for people to fit what they’re thinking into a Tweet. But we know people also may want to serialize a longer story or thought, or provide ongoing commentary on an event or topic. That’s where this update to threads comes in!

The first tweet would appear normally as it did before on your timeline, along with up to two tweets attached to it. For your followers to view your thread, they would have to tap “show this thread”.

Tweet threads were a the user-created feature that have now become official with the new update, said the company in the blog post.

Threads came into being in 2014 when Twitter began to link replies to the original tweets. The Venture capitalist Marc Andreessen is known as “the father of the tweetstorm” as he began threading with enthusiasm.

It became more popular right after the 2016 elections with a platform of longer-form discussing on recent events.

Twitter claims that thousands of threads are posted on daily basis. Some third-party developers have also been working since 2008 to develop apps to thread tweets.

In order to create a new thread by using the new feature:

According to Twitter, the thread feature will be rolled out to iOS, Android and the web in the upcoming week.