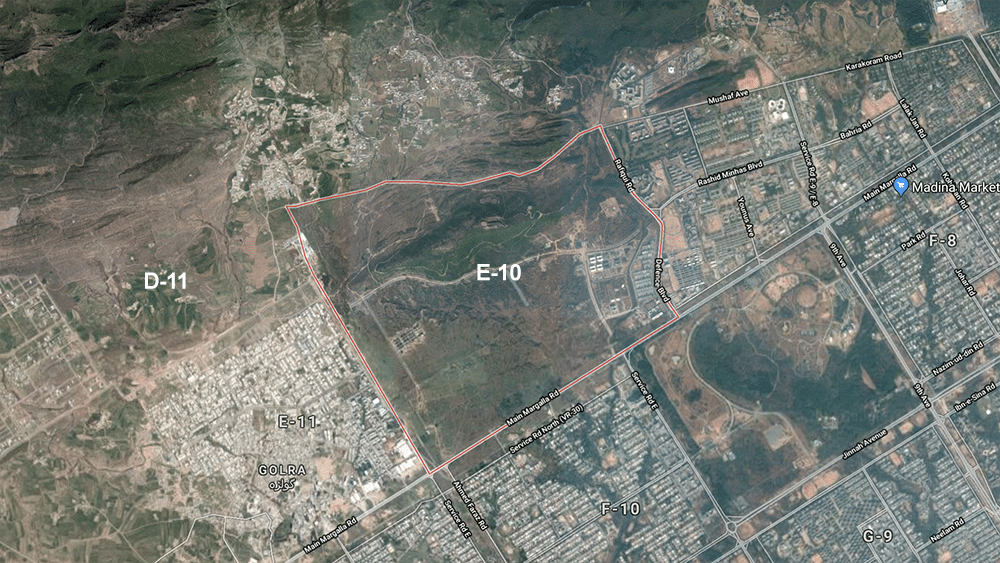 The Capital Development Authority (CDA) is ready to implement its 2008-09 plan of moving the Army’s General Headquarters (GHQ) from Rawalpindi to Islamabad. Over a thousand acres of land in Islamabad will be allotted to the army for the construction of the GHQ and other military offices.

On December 19th a high-level meeting, chaired by Member Estate Khushal Khan, took place at the CDA headquarters in which important decisions were taken regarding the allotment of land to the army. The meeting was attended by CDA officers and army officers of Defense Complex Islamabad (DCI).

A local media outlet was told by a CDA official that issues regarding allotment of 138 acres of land for an office complex were discussed in detail.

The official told that the allotment letter, that wasn’t issued due to an outstanding annual ground rent of Rs. 84 million, will now be issued and the ground rent will be waived off because the CDA was obliged to hand over the land to the army.

He told that the decision about the 293 acres of land in D-11, possession of which has already been transferred to the army, was also taken in the meeting.

The meeting was told that the DCI was allotted 870 acres of land, which has now been reduced to 695 acres in Zone III to the north of E-10 and D-11, for the construction of an office complex for the GHQ, Joint Staff Head Quarters, Ministry of Defense (MoD) and DCI. The allotment letter will be provided once the army pays off the remaining amount.

The official said that issues regarding the resettlement of locals, for whom the new sector H-16 was proposed before, were also discussed.

Almost all the issues were resolved during the meeting and the allotment letters will be issued soon. The army has been cooperating and has also paid back a large proportion of the amount of the land they will acquire.

Regarding the resettlement of locals of the area, he said:

According to the master plan, H-16 is reserved for institutions and will therefore be insufficient for accommodating those affected by the project in the area. However, we are planning on acquiring land in H-17 and I-16 etc.

Information regarding the proper demarcation of military farmland in the Margalla Hills has been sought by the MoD through an official letter to the CDA.

I cannot recall the exact issue at the moment, but yes, the army does have land in the Margalla Hills. I will be in a better position to comment on the demarcation process after reading the MoD letter.

The letter by MoD asks for the details to be “provided without any further delay”.