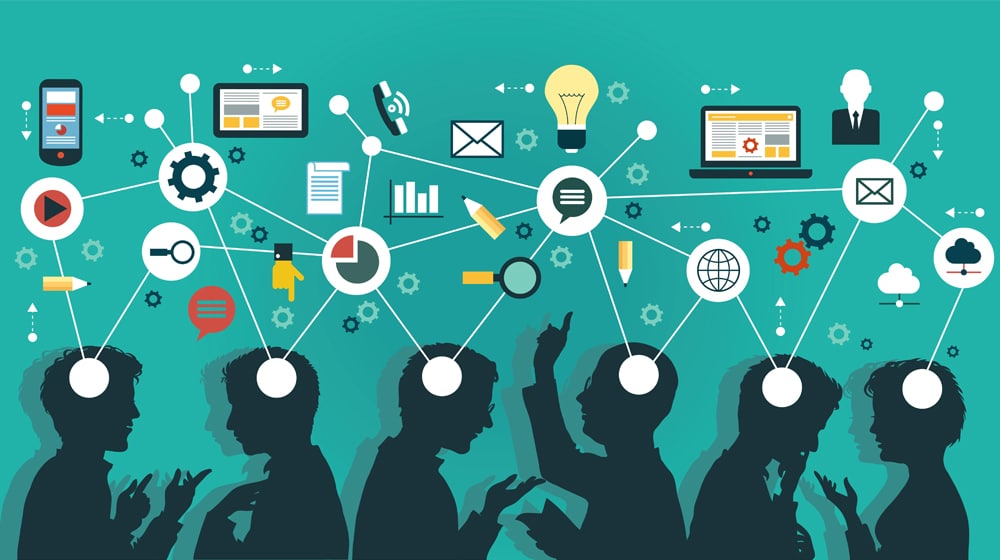 Albert Einstein once said this about the education system:

Everybody is a genius, but if you judge a fish by its ability to climb a tree, it will live its whole life believing it is stupid.

The world’s most famous scientist meant to say that not everyone is good at the same things. Rather they are quite different from each other. Your friend might be great at drawing stuff and you may be pretty good with numbers.

Now it appears that NASA’s latest studies point towards the same conclusion. Its studies on divergent thinking are the closest thing to a scientific proof that we’ll ever get regarding how ‘everyone is born a genius’ in their own way.

Dr George Land and Beth Jarman worked with NASA to develop a test for measuring the level of imaginative thinking in individuals over time. Their end goal was to select a percentage of scientists and engineers who had a better (read creative) ability to problem-solving.

Because the test was simple, Dr Land and Jarman began their research with children. They were hoping to understand the sources of creativity by expanding the scope of their research over time.

The test was administered to three-to-five year olds. These same children were re-tested when they reached ten years of age, and later again when they were fifteen.

Here are the remarkable observations that were made regarding the creativity level of those children over time: 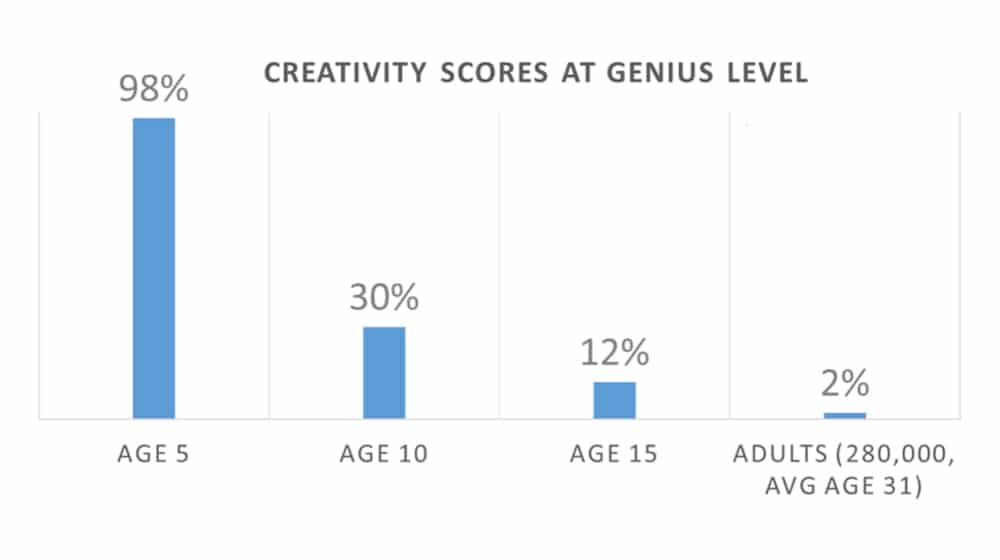 The fact that five year olds were almost always able to score at genius levels rather than their older, more rational selves led the researchers to establish that there are two kinds of thinking:

What is to Blame for the Decline in Creativity?

Dr. George Land pointed out that the problem lies with the education system, where children are taught to eliminate divergent thinking in order to improve on their convergent thinking abilities.

By instilling a fear of failure from an early age, and suggestions that out-of-the-box ideas won’t work, schools are progressively functioning to eradicate imaginative thought, generally speaking that is.

By constructing a setting of structure and fitting in, the fluidity of divergent thoughts is brushed away, building the human mind into a more concrete and inflexible entity. In short, it makes human thinking rigid.

As the research points out, by the time people reach the age of 31, only 2% from a study of 1000,000 will be in possession of a marked creative potential.

Therefore, NASA’s studies state that there is a case to be made that the current way of education limits free thought.

Is It Too Late to Be Creative?

A lot of people nowadays feel like they can be creative given the right circumstances. If you’ve been on the brink of creative discovery but happen to have stepped back for fear of social ridicule, George Land says you could be 98% creative again tomorrow morning. So there’s hope yet!

Based on brain scans, it has been evaluated that curiosity enhances creativity while criticism and fear blocks it.

So fellow readers, do you agree that it pays to be a rebel and take risks, or would you rather play it safe when it comes to having a fulfilling life, career and everything in between?