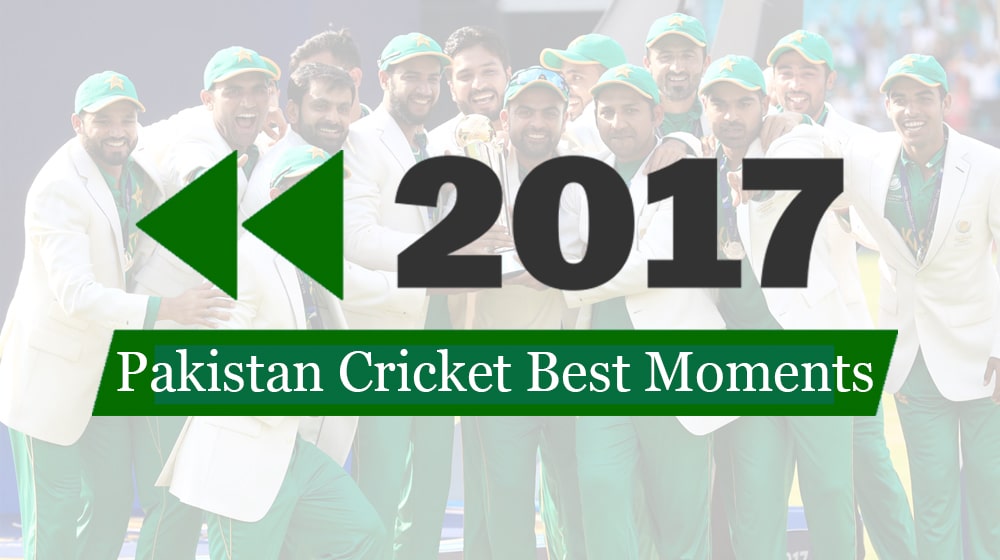 Pakistan cricket has drastically improved in 2017; from the revival of cricket in Pakistan to lifting the ICC Champions Trophy after overwhelming India in the final.

The efforts of national team were again admired by the International Cricket Council (ICC) when they recalled their favorite moments of 2017 on 31st December.

Unsurprisingly, eight of their top-10 most shared tweets were related to Pakistan cricket — an incredible achievement.

Here are all top moments of Pakistan cricket shared by ICC:

Who are you backing to win #CT17 today then?

The Good Side of Pak-Ind Rivalry

Indeed winning the ICC Champions Trophy was a remarkable achievement for Pakistan on the international stage but here are the rest of the best moments from Pakistan cricket.

They scored 3,213 runs when batting together, Pakistan's most prolific Test partnership ever 🙌

The legendary @captainmisbahpk and Younis Khan got a heroes' farewell when they took their international retirement in May #BestOf2017 pic.twitter.com/HCjTSajRPI

Biggest Moment for Pakistan Cricket in last decade when @JAfridi10 Bring all @PeshawarZalmi Players to Lahore for PSL final and its lead to revival of Int Cricket in Pakistan. #ZalmiYear pic.twitter.com/sv2zNt1a1F

She's Pakistan's third highest wicket taker in Women's ODIs with 70 wickets and took the first ever hat-trick in Women's T20Is against England in 2012!

What was your favorite moment from 2017? Have you say in the comments section below!