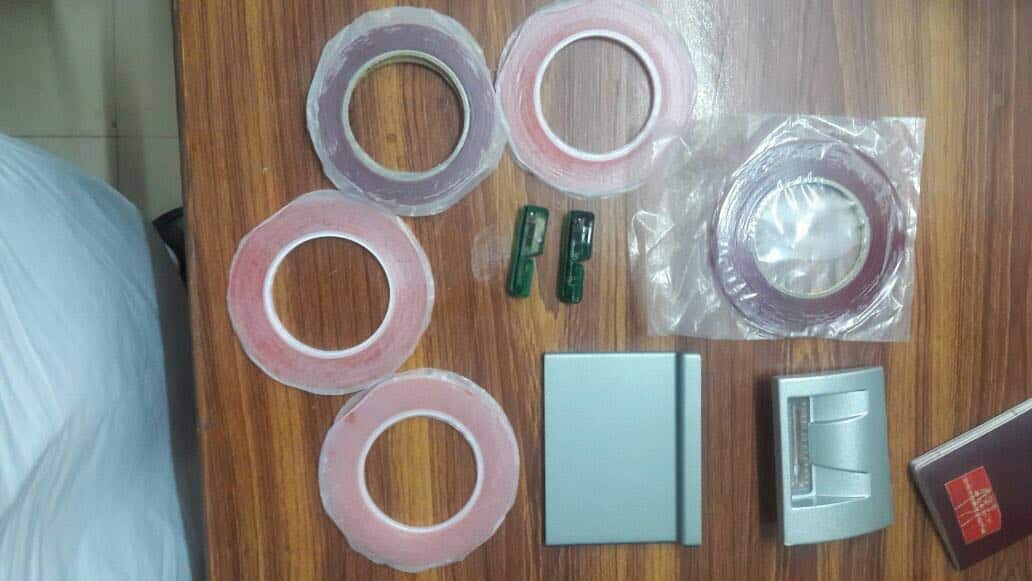 Five police Mobiles were on patrol in the area of DHA Phase-II where they spotted 5 Chinese nationals involved in suspicious activities, said Clifton Division SP Dr Assad Malhi while addressing a press conference.

Upon questioning the criminals on the spot, they attempted to run but the police managed to catch and arrest three of them. These Chinese carried a school bag pack full of 350 master ATM cards and Rs. 2.3 million in cash.

Malhi also told that the suspects who entered the country 3 days ago installed skimming devices at ATMs through which they collected customer data and then placed the data on the master ATM cards which they use to withdraw cash from people’s accounts.

During the interrogation, the suspects admitted that they withdrew around Rs. 2.3million from 3 ATMs of private banks located in DHA Phase-II.

They told that they were hired by an anonymous man who offered them jobs in Pakistan and they earned around 10,000 Chinese Yaun per month for this act.

“An organized group is carrying out these activities in the country. They all are foreign nationals,” the SP said.

They also revealed that many Chinese men are involved in this illegal act, but they did not know each other.

After the interrogation, the police carried out a raid, based on the leads given to them by the 3 culprits, where another Chinese national was arrested with around 150 more ATM cards.

Police handed over these criminals to the Federal Investigation Agency’s Cyber Crime Cell for registration of a case and further investigations. Meanwhile, on the same day another Chinese was caught red-handed by the Bahadurabad police at Tipu Sultan Road.

The ATM hacking issue is growing every day with hundreds of people losing their hard-earned earnings. Last year, HBL reported that over 559 customers’ accounts were hacked and over Rs 10 million was stolen.