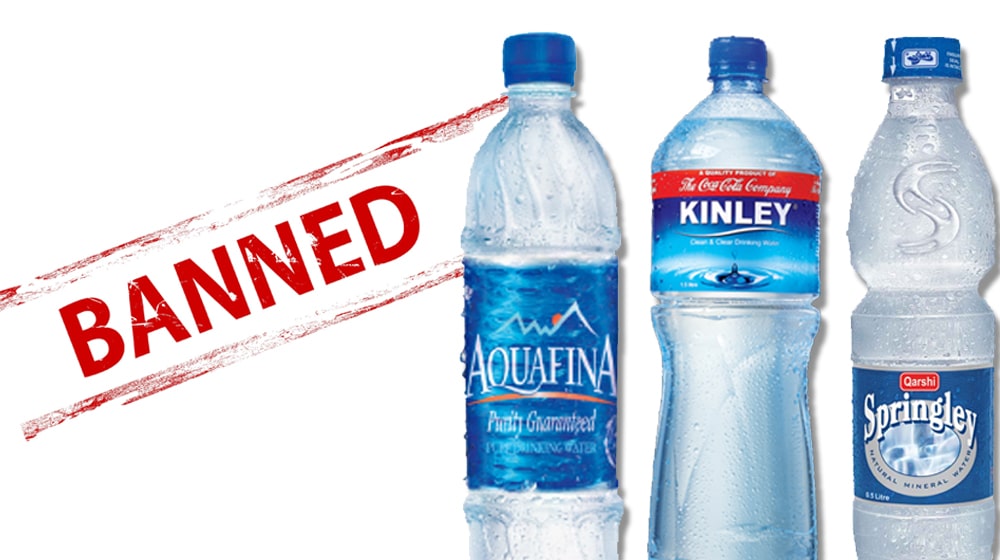 PFA has also told that they have collected samples from several private and government hospitals and are awaiting the results. Samples from Water and Sanitation Agency have also been collected.

The Authority banned bottled water products from the following companies:

Aquafine’s inclusion is rather surprising one. According to previous survey it was the only drink labelled fit for use by Pakistan Standards and Quality Control Authority (PSQCA).

All Mineral Waters in Pakistan Except One Are Unsafe

PFA surveyed Lahore and collected samples from across the city. The samples were then sent to Pakistan Council of Scientific and Industrial Research for testing. Samples from a total of 14 companies were collected and tested.

Following companies went through the testing phase by PFA;

It is indeed bewildering and shocking that not a single one of these companies met the criteria of being labeled as ‘mineral water’.

Out of these 14 only 11 passed the test to be labeled as ‘Plain or Safe water.’

It is evident that companies are misleading the public by using the term ‘mineral water’ for their branding despite only being plain or safe water. To counter that, PFA has advised the respective companies to make the necessary changes.

Apart from the 11 companies, three were banned from producing and supplying water. According to the tests, hazardous material, including germs and chemicals harmful to human health, were found in the water samples taken from these companies.

PFA immediately banned these companies to stop their production and call back their stock that is already in the market.

Instead of acknowledging the decision and taking measures to provide safe water, the companies’ representatives approached PFA to allow them to resume production. The representatives appealed to DG PFA and asked him to re-test the water samples.

Noor ul Amin Mengal, DG PFA, however, told them that they cannot continue production. He further directed the companies to get clearance certificate before selling the current batches in line.

Director General PFA further informed the representatives that they have the right to appeal. Upon appeal, samples will be re-tested from government and private laboratories.

If companies pass the quality standards, they will be allowed to resume production. If they fail the test again, this time their production will be stopped and their premises will also be sealed.