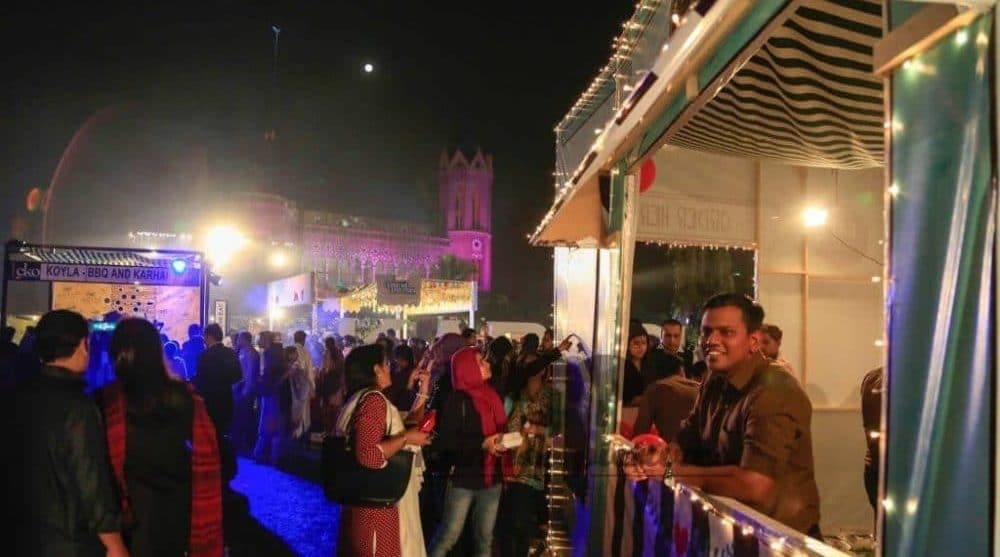 Karachi Eat 2018 was, for lack of a better word, Pakistan’s biggest food festival this year — but perhaps that’s because it was the only one.

What sets this event apart from all others was not the scrumptious food, but photographs of the morning after it was held.

Benazir Bhutto Park the very next morning after hosting the biggest food festival in #Karachi with an influx of almost 60-70K people per day.

The expansive Benazir Bhutto Park, where the event was held, is spotless.

The public service workers were very quick to wrap everything up in plastic garbage bags and have it disposed off. You can see them lounging satisfactorily after 70,000 people had eaten, burped, barfed and generally wreaked havoc in the place only the previous day. One would think they’ve worked through the night!

In Pakistan, no event can be held without a chaotic mess of disposable cups, plates and unfinished food scattered all over the premises. Society as a whole refuses responsibility for cleanliness and the use of garbage cans.

Whether those who attended the festival at Karachi’s Benazir Bhutto park were more conscientious and disposed off food properly or the community workers got on an early start is unknown, but the place was clean for an event of that magnitude.

Nonetheless, hats off to the organizers and the workers who left no stone unturned in making sure that the Benazir Bhutto Park was open for public after a high-profile event ended.