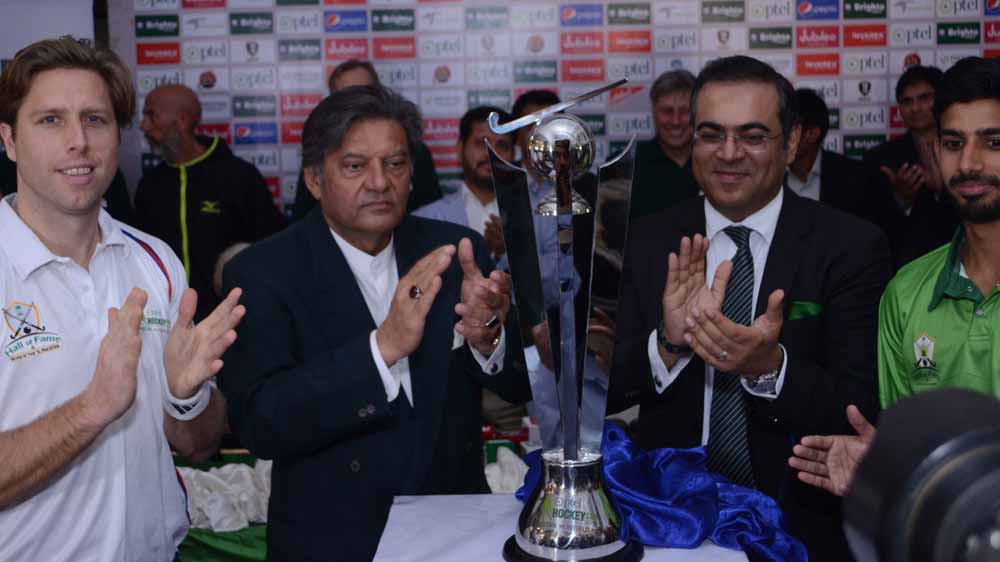 PTCL Hockey Cup 2018 trophy was unveiled today in a ceremony attended by national and international hockey stars who gathered to kick-start the five-day festivities. In this connection the All-Star World XI team will play two exhibition hockey matches against Pakistan’s national hockey team.

Pakistan Hockey Federation (PHF) will also be honoring ten Pakistani and international hockey legends for their services to the world of hockey. Five Pakistani and five international hockey superstars will be presented with gold medals and inducted into Pakistan’s first ever Hockey Hall of Fame. The Pakistan Hall of Fame will include Shahnaz Sheikh, Akthar Rasool, Samiullah, Hasan Sardar and Shahbaz Sr., while the International Hall of Fame will comprise Paul Litjens (Netherlands), Floris Jan Bovelander (Netherlands), Christain Blunck (Germany), Juan Escarre (Spain) and Don Prior (Australia).

“PTCL is proud to play its part in an effort to revive the national game and bring international teams back to Pakistan. The matches will offer a new dimension to Pakistan team as they will play against the best that there is to offer by the world of Hockey. PTCL aims to support PHF and Pakistan Hockey in future as well.”

President PHF, Brig (r) Muhammad Khalid Sajjad Khokhar said, “PHF appreciates the contribution of PTCL for revival of Hockey in Pakistan. We are working hard to promote the interests of Pakistan Hockey, both in the country and abroad.” He further added, “We look forward to more support from other leading companies so that, together, we succeed in bringing back the glory days of our national game.”