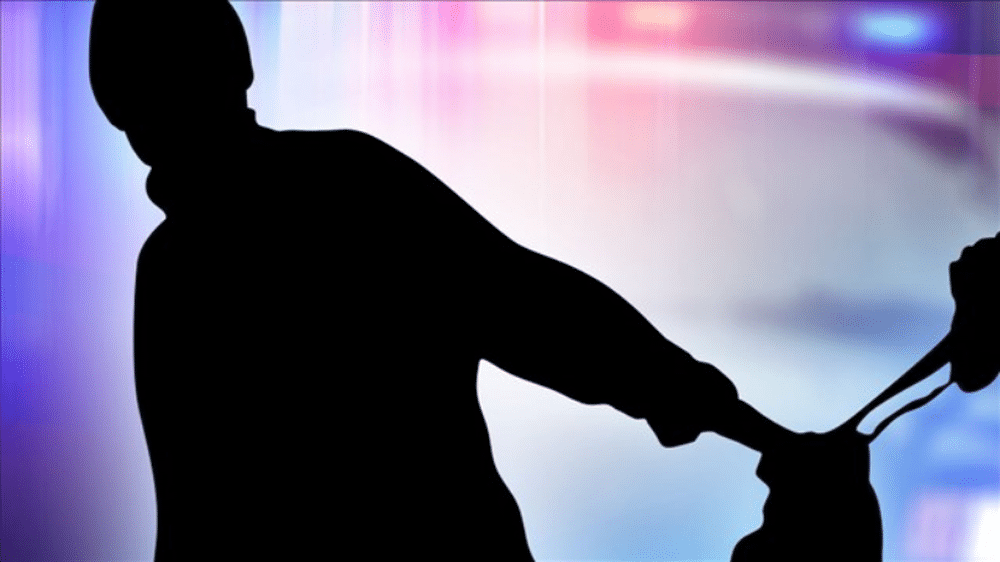 Usually people are left stunned and resigned when they encounter a thief or robber who wants what’s theirs.

People often give whatever they have to avoid further confrontation and ensure their safety. However, this one woman from Rawalpindi was caught on video – and shes not one to be messed with.

A snatcher tried to flee with her purse but she made him realize that he won’t get away this time.

The woman (who we’re guessing may have some training in “martial arts”) confronted the snatcher and beat him until he couldn’t resist anymore.

Here is the video of the woman claiming her property back in action:

The thieves on a motorcycle tried to get away with her purse. She grabbed onto the purse and pulled on it making the the bike fall to the ground. One guy managed to run away while the other ran out of luck.

Let’s just say it wasn’t his day and he messed with the wrong lady. The lady started beating him until two men stopped and saved the thief from her wrath.

Public Service Alert: Thieves Have Found A New Way to Steal Your Cars

This isn’t the first of its kind incident. There has been an ever-increasing wave of street crimes in major cities of the country during past few years.

Street crimes are on the rise in the federal capital too. There were over 30 incidents of robbery and street crimes reported in a month in 2017.

However, it is the duty of government and police to ensure security to its citizens.

Some people are brave enough to confront the thieves, however, sometimes it results in unwanted outcomes so police must ensure that roads are safe to travel at all times. Furthermore, authorities also need to provide access to self defense lessons to women as mostly they are the preferred target of thieves and snatchers.