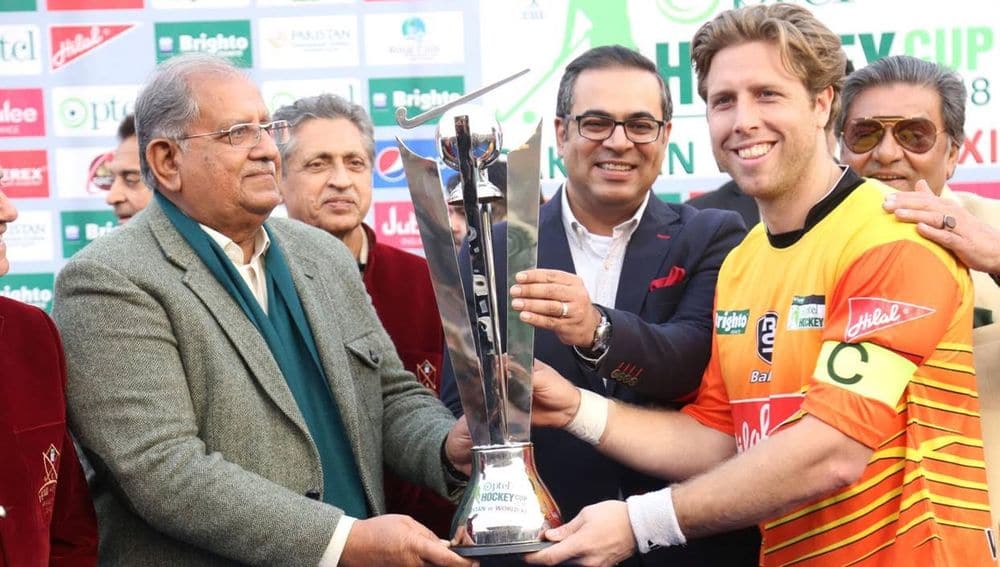 PTCL Hockey Cup 2018 has concluded and the visitors may have managed to defeat the Pakistani team, but they have helped Pakistan achieve another victory against terrorism.

PTCL is proud to play its part in an effort to revive the national game and bring international teams back to Pakistan. Resumption of international hockey in Pakistan after 10 years is a great achievement. These matches and successful management of the international hockey tournament would pave way for countless such occasions. PTCL aims to support PHF and Pakistan Hockey in future as well.

The two-match series ended 1-0 in favor of World XI as Pakistan hockey came out to be the ultimate winner. Pakistan hockey team lost the first match 5-1 that was played in Karachi on 19th January 2017. In the second match, young Pakistani team put up a good fight that ultimately ended in a draw with both sides scoring 3 goals each.

The captain of World-XI was full of praise for young Pakistani players. Roderick Weusthof commended Pakistani players saying that they have great potential, all they need is a bit of exposure. The Dutch national team player was impressed by hospitality of the people of Pakistan, especially in Karachi. He also urged other teams to visit Pakistan to see how wonderful a nation they are.