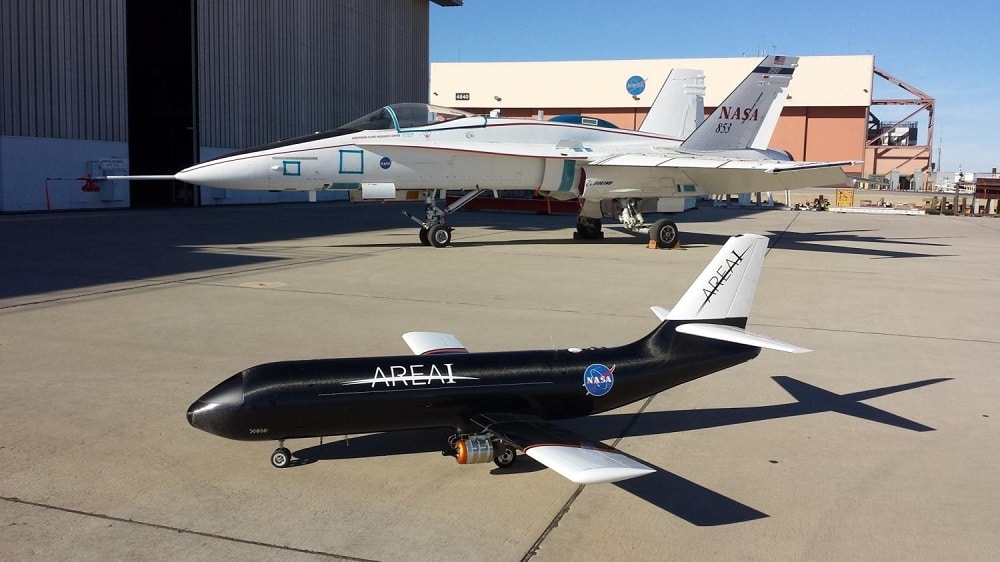 NASA shows off a test UAV with fold-able wings, which can potentially change the way aircraft are made and operated.

NASA is testing fold-able wing designs and materials for use in commercial airliners, that’ll give pilots better control over the planes they’re piloting. Developed as a part of the Spanwise Adaptive Wing project, the initiative was tested on a sub scale UAV model.

Such mechanisms have for long existed in airspace going back to the 60s, however, until now have required the use of conventional motors and hydraulics systems.

Getting rid of those, the NASA model makes use of a temperature-activated material called “Shape Memory Alloy” which, upon reaching a certain magnitude, allows the wings to be bent 70-degrees either upwards or downwards. It also reduces the weight by up to 80% compared to traditional systems.

As you can see in NASA’s video, the plane took off without folded wings, however, as it gained more speed and altitude, the wings folded in. The use of such systems can be immense in the field of aerodynamics due to their potential to increase fuel efficiency. They’ll also give pilots an increased control over the airplane. According to NASA,

There’s a lot of benefit in folding the wing tips downward to sort of ‘ride the wave’ in supersonic flight, including reduced drag. This may result in more efficient supersonic flight. Through this effort, we may be able to enable this element to the next generation of supersonic flight, to not only reduce drag but also increase performance, as you transition from subsonic to supersonic speeds. This is made possible using shape memory alloy.

The wings can also be used in supersonic planes, potentially the biggest benefactors, where the wings folded downwards can be highly useful in helping reduce drag. One limitation right now is the deployment of wings in only a single direction during one flight.

The program will continue its research, possibly on an F-18, with the next round of flights scheduled this summer.