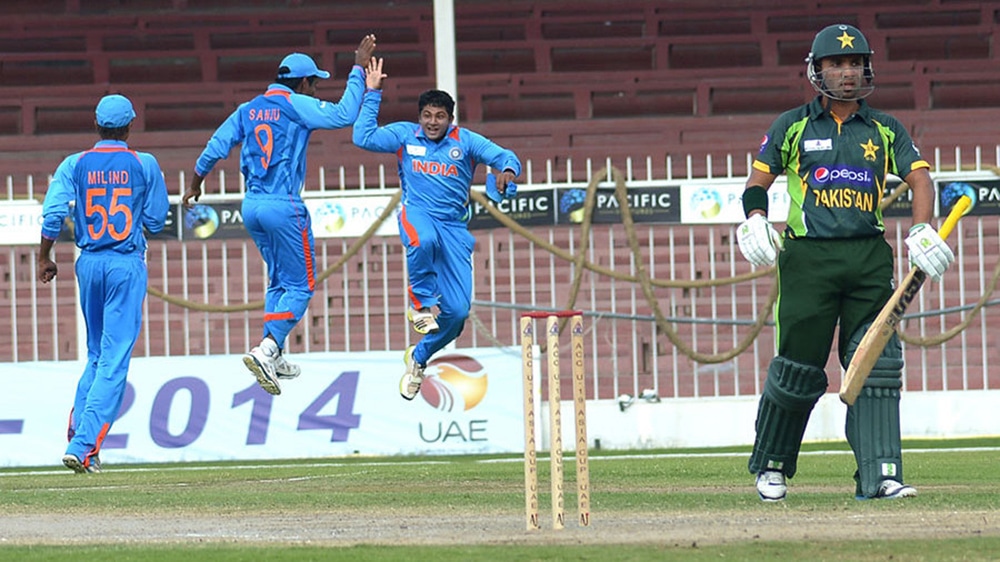 India Under 19 (U-19) have outclassed Pakistan U-19 cricket team to book their place in the final of the junior World Cup 2018. The team led by Prithvi Shaw outplayed Pakistan in every department who looked nervous right from the word go.

The arch-rivals’ clash proved to be a one-sided affair as India rattled Pakistan by a huge margin of 203 runs, avenging their senior team’s defeat in the Champions Trophy final in 2017.

With this massive win over Pakistan, India become first team to reach final of U19 world cup six times.

The match was played at Hagley Oval, Christchurch, which offers quite a good batting surface generally. Shaw won the toss and elected to bat first in a bid to put a challenging total on the board.

Indian top order had been in explosive form since the start of the tournament, with everyone contributing heavily at the top. Openers Shaw and Manjot Kalra provided their team with a brisk start with a partnership of 89.

Muhammad Musa first run-out the captain and then removed Kalra to allow his team to come back into the game. The double-strike hurt the Indian campaign but H Desai and Shubman Gill started the build-up process, taking the score to 148 before Desai was removed by Arshad Iqbal.

The right arm pacer Arshad took three wickets in quick succession, making life tough for Indian batsmen. At 5-166, the Indian batting line looked like falling apart, but Shubman held the team together along with a much-needed 33 from Roy.

Pakistani bowlers struck regularly at the end but by then Subman had accumulated his first century (102*) of the tournament to take the team total to 272 in their allotted 50 overs. 5 run-out chances, as well as a couple of missed catches, allowed India to put a fighting total on the board.

Muhammad Musa grabbed 4 for 67 while Arshad Iqbal scalped 3 for 51. 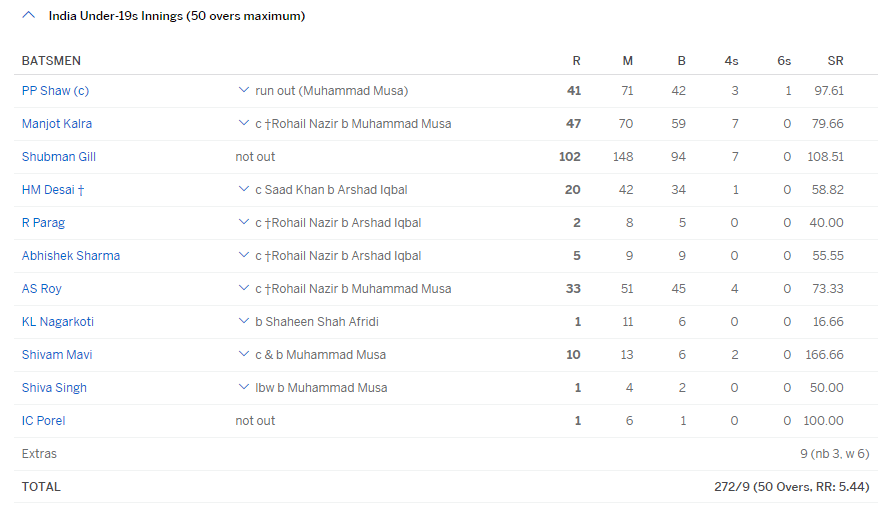 Pakistani batsmen did what they do best; surprised everyone. But not in a good way, rather in a horrible manner, leaving the team in tatters. Both the openers were back in the hut for a team score of 13.

Pakistan’s batsmen cut a sorry figure, with only three players getting into the double figures. The ‘wall’ of Pakistani batting order, Ali Zaryab Asif, proved to be a wall of sand for the Indian pacer Ishan Porel who ripped apart the top order, claiming 4 wickets for just 17 runs in 6 overs.

No batsmen looked at ease as Indian bowlers wiped off the tail pretty quickly to bundle out the opposition for a shameful 69. 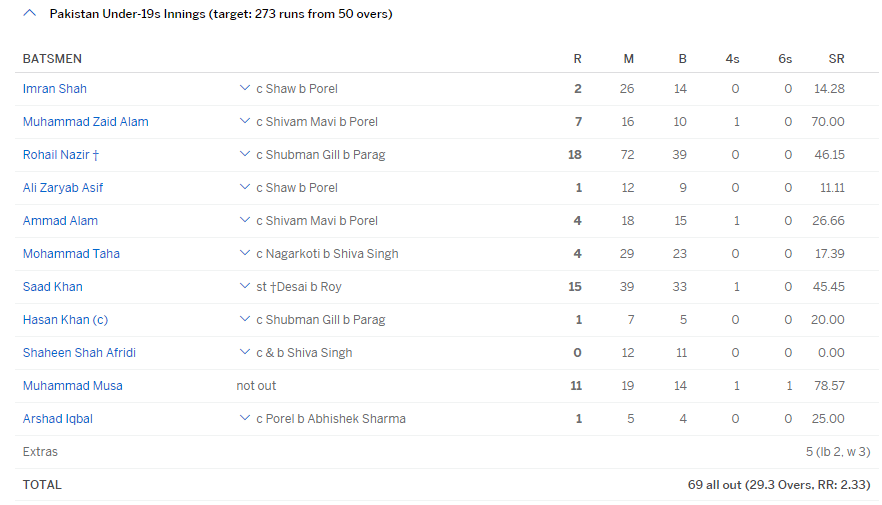 Shubman’s class was evident in his brilliantly paced knock of 102*.

He looked confident and kept milking singles and doubles along with occasional boundaries at the right time, making it tough for the Pakistani bowlers to bowl at him.

The future star won the Player of the Match award in the all-important encounter.