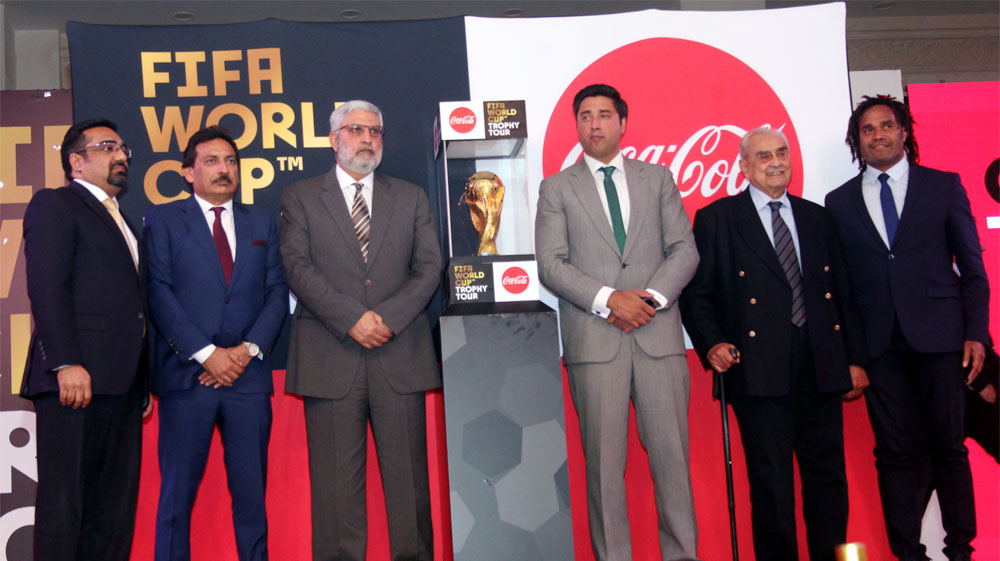 The FIFA World Cup landed in Lahore on a special flight from Chiang Mai, Thailand, amidst tangible excitement.

Coming to Pakistan for the first time in FIFA’s history, Coca-Cola’s Trophy Tour is a chance for football fans to see the FIFA World Cup Original Trophy in their own countries and getting ready for the excitement for the upcoming FIFA World Cup™. 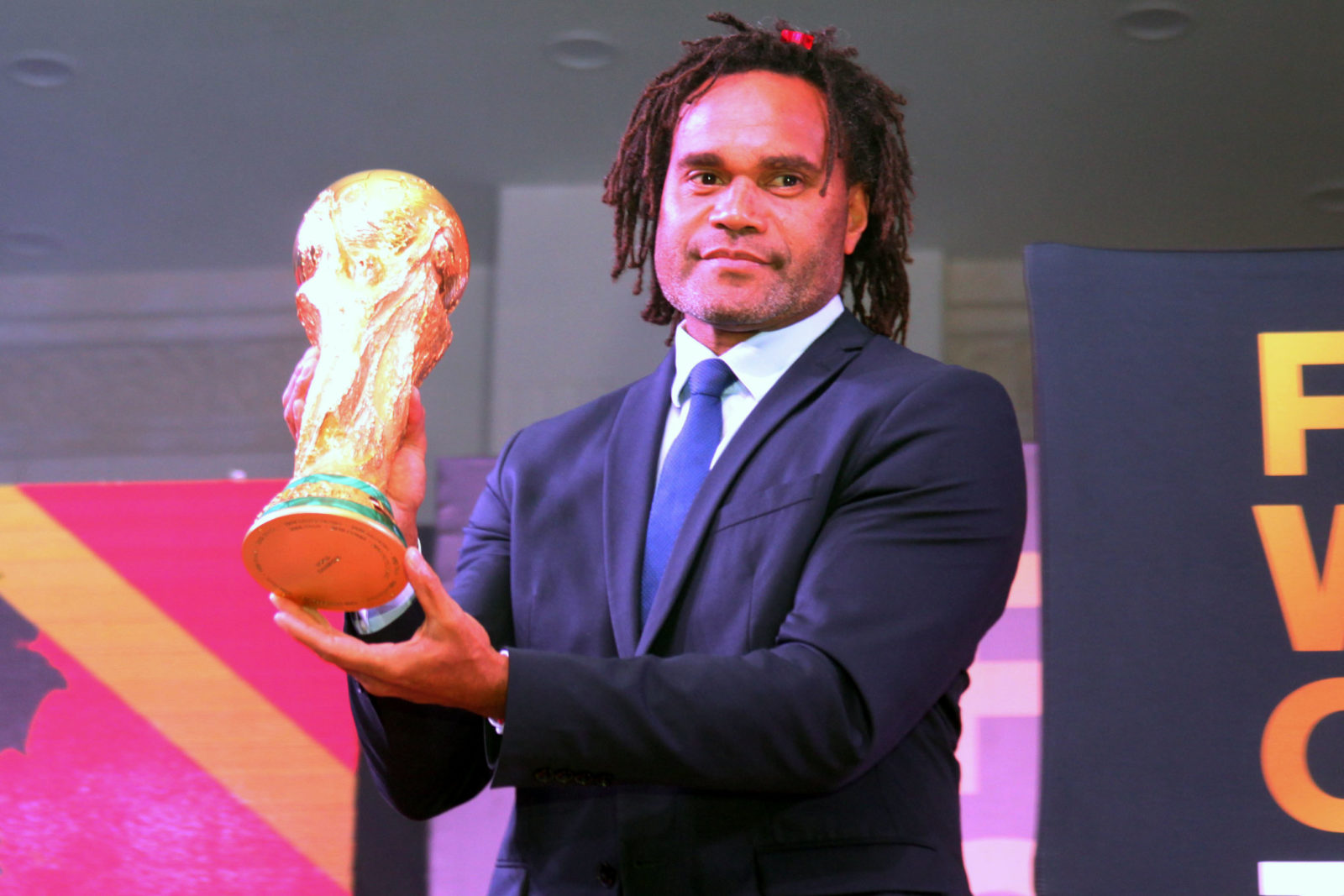 The FIFA World Cup Trophy arrived in Lahore in the morning of February 03, where football’s most coveted prize was unveiled to a group of media representatives, national sportspersons and other key stakeholders.

The attendees were given a unique opportunity to take a first look at the FIFA World Cup Original Trophy and take photos with the Coca-Cola and FIFA ambassadors in front of the plane.

The Trophy was then taken to a hotel in the afternoon where it was showcased during an event attended by a delegation of key stakeholders, government officials, media, the national men’s and women’s football teams, sports bloggers and influencers.

“Coca-Cola Pakistan has always been the pioneer in supporting causes that are dear to the hearts of our people, taking the lead and exploring new horizons that no one else has ventured to explore. We all know that in recent years the popularity of football has increased exponentially in our country, transcending ethnic, linguistic and even income boundaries. This sport, incidentally the most popular sport in the world, deserves support for its growth and blossoming in Pakistan too. Bringing the FIFA World Cup Trophy to Pakistan is just the start Coca-Cola Pakistan is making. Plans are already underway for launching a nationwide, grassroots level football promotion campaign, and in the coming weeks you will certainly hear or read about these!”

Abbas Arslan, Marketing Director of Coca-Cola Pakistan & Afghanistan shared that, “Coca-Cola shares the passion fans around the world have for football.  The Trophy’s visit to Pakistan is an extraordinary opportunity for people to take in a piece of football history and share their passion for the sport with each other.”

The CokeFest, held at Lake City Lahore later in the day, was attended by thousands of football enthusiasts, who were given the unique opportunity of getting up close and personal with the legendary Trophy.

For the latest updates from the FIFA World Cup™ Trophy Tour by Coca-Cola including upcoming tour destinations and dates, exclusive interviews, photos and videos, visit the official website www.fifa.com/trophytour, the official Facebook page www.facebook.com/trophytour and the official Instagram page at https://www.instagram.com/trophytour/.