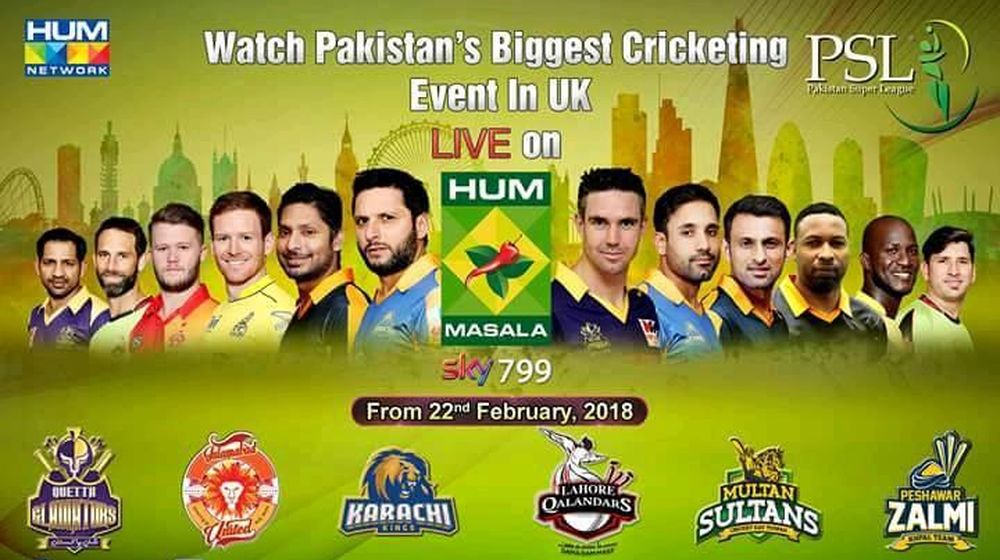 As the premier T20 event of Pakistan is nearing, the hype around the Pakistan Super League (PSL) 2018 is higher than ever.

While the PSL franchises have raised their social media game, the broadcasters have turned up their preparations as well.

With promotions going on all over Pakistan, PSL has gained popularity in other countries as well – the United Kingdom is one example and all thanks to Hum TV.

The sister channel of Hum TV, Hum Masala has gained the broadcasting rights for the event and they’ve upped the ante in terms of the promotions especially in the United Kingdom.

The extensive promotions about the third edition of the tournament can be seen on the streets of UK, along with marketing over London radio stations.

Not just this, the channel is taking every step to popularize Pakistan’s very own cricket league – from promoting it across sister channels including Hum TV; Style 360; Hum Sitaray, Hum Europe to online advertising, in a bid to make it a widely popular event.

Some of the street adverts include posters of the Englishman Kevin Pieterson quoting his words “It’s not fun facing a ball going 97mph, trust me”. 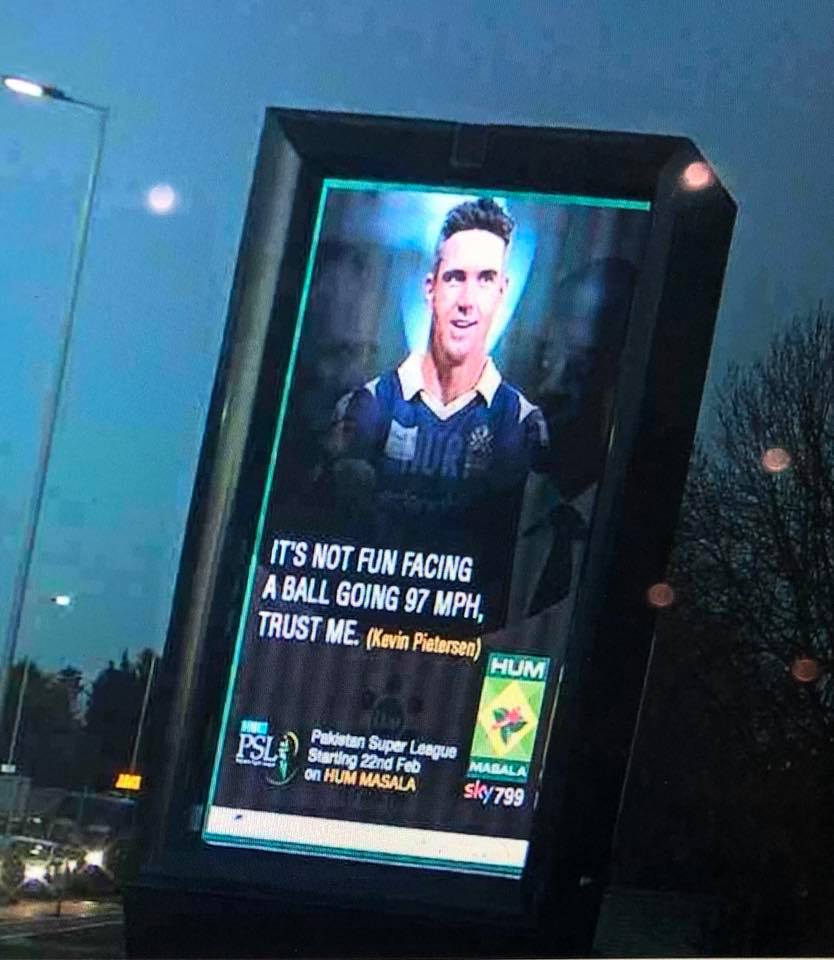 Shahid Afridi’s name is enough for a promotional campaign, isn’t it? Well, his placard says ‘Cricket isn’t a matter of life and death. It is more important’. 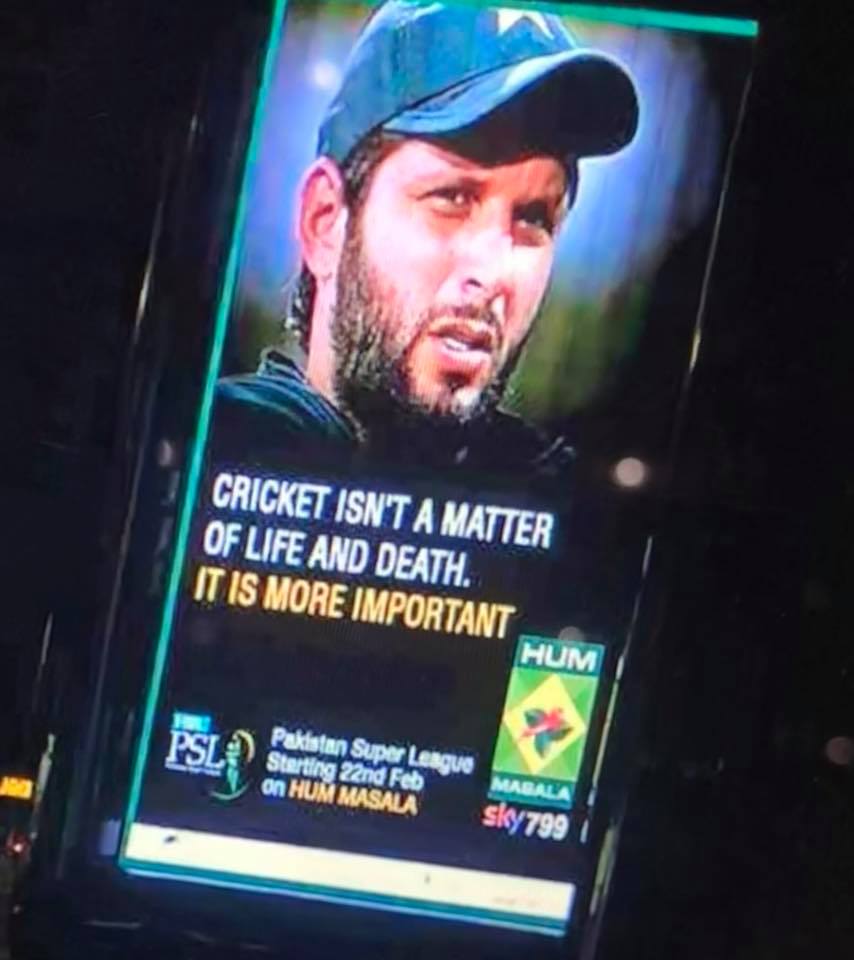 It most certainly is for the Pakistani fans who are impatiently waiting for the event which begins on February 22, 2018. Hum Masala will be telecasting the event live, a new feat for the food channel. The highlights for the matches can be watched on Hum TV.