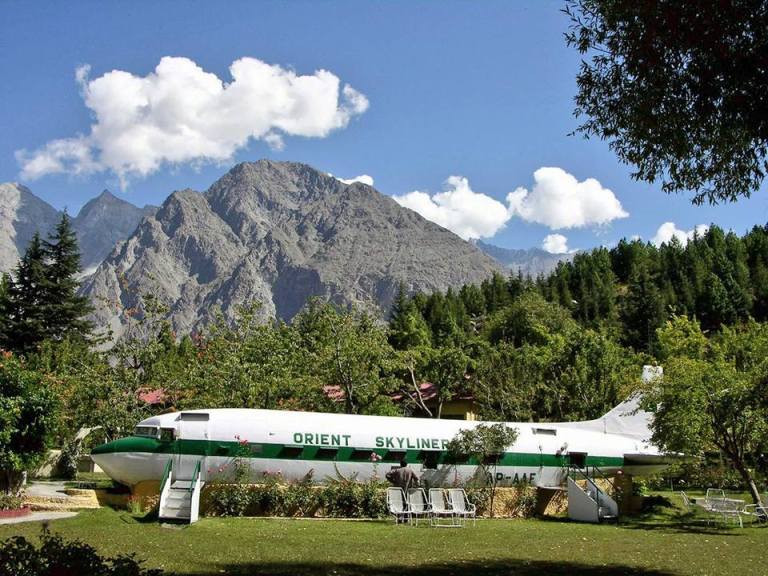 If you haven’t been to Shangrila Resort Skardu, you are missing one gem of a place. The Resort welcomes you with a heart-capturing view of the Lower Kachura Lake and the DC-3 Cafe along the clean blue water of the lake.

Skardu is undoubtedly one of the most picturesque hill stations in Pakistan. It is also home to a number of scenic and jaw-dropping natural landscapes that makes it perfect for tourists.

One of Skardu’s main tourist attractions happens to be the Shangrila Lake. Its also known as “Lower Kachura Lake” by the locals, which literally means heaven on earth. It’s not hard to see why that name stuck! 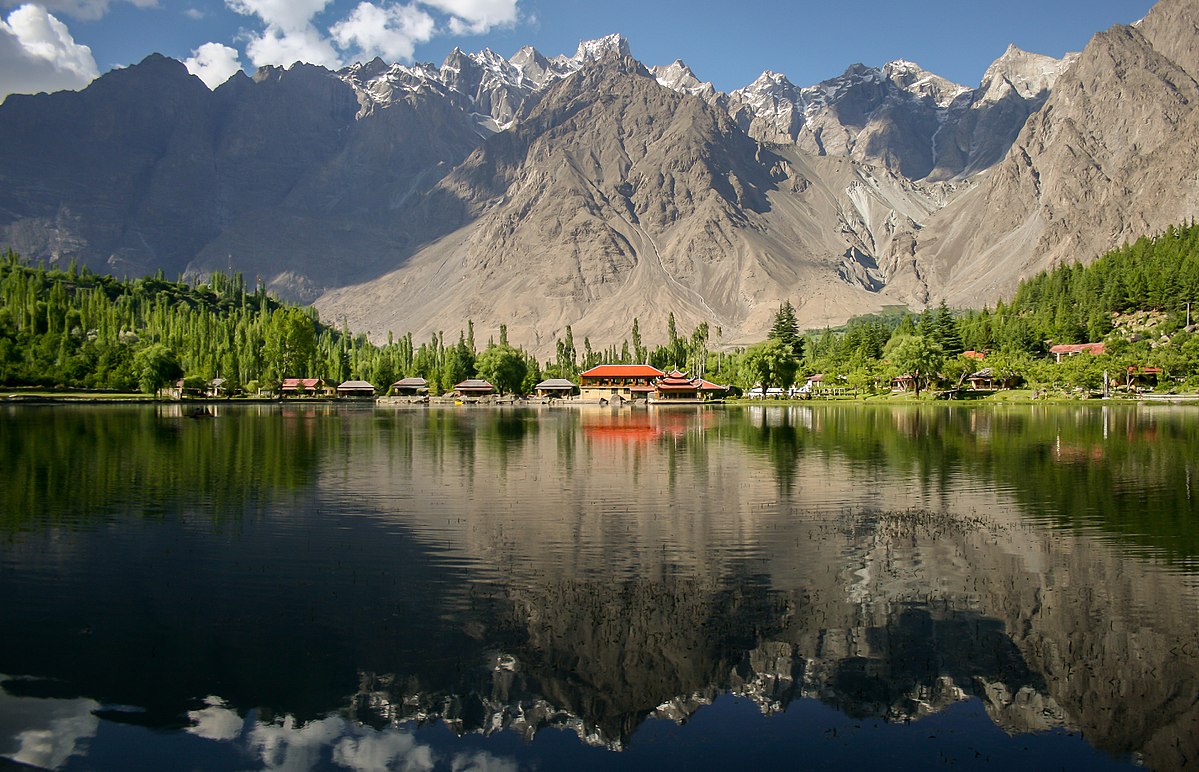 The name of this heart-shaped lake was taken from a book published in 1920, which was also titled Shangrila.

These Breathtaking Pictures Of Skardu Will Leave You Wanting More

The lake has several buildings that feature a Chinese-inspired architecture style.

Here’s an aerial view of the lake and the buildings surrounding it: 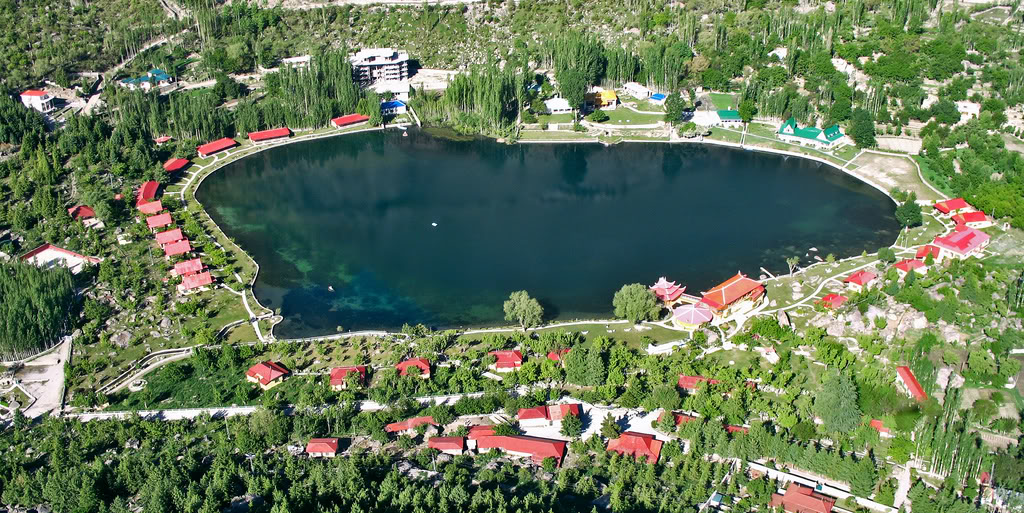 Legend says that the resort was built around the Shangrila lake, especially for weary travelers who wanted to enjoy moments of serenity.

In time, this resort also built a small gift shop and an executive lodge. 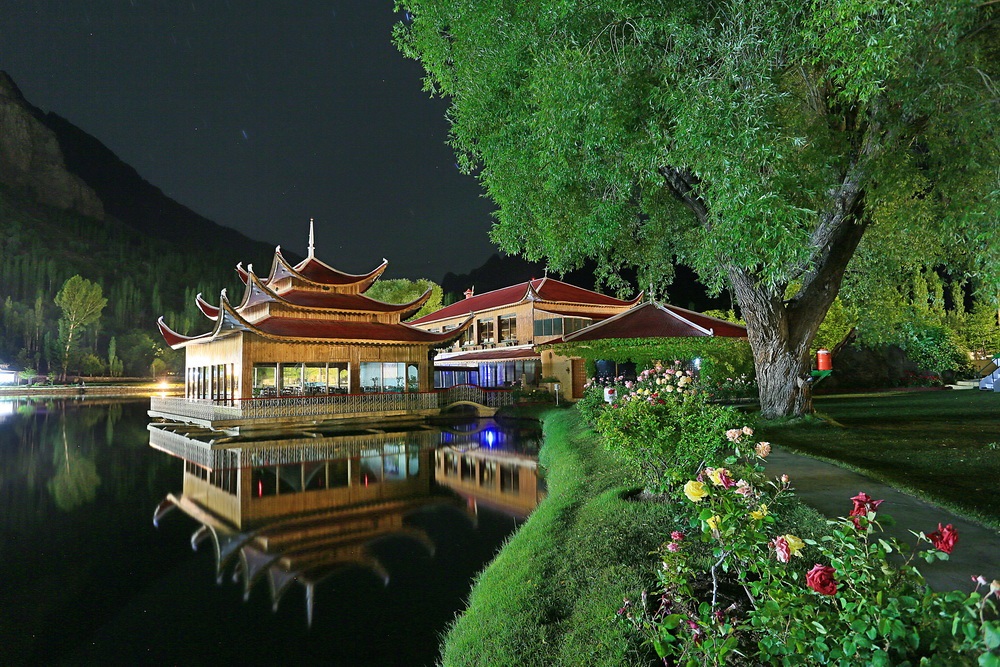 Just next to the resort, you’d see an abandoned aircraft, with its base buried in the ground. This DC-13 aircraft used to belong to Orient Airways, which was believed to have taken a flight on the 3rd of October 1953 from the Skardu airport. Just after three minutes of taking off, the plane crash-landed on this spot and remains there to this very day. 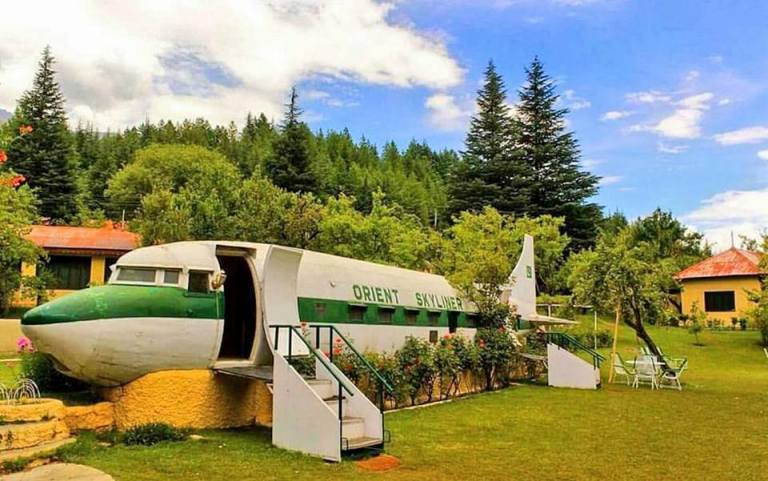 Fortunately, all passengers survived the plane crash, however, the airline decided not to fly the machine again.

When Pakistan Army’s Brig (Retd) Mohammed Aslam Khan saw the abandoned plane in 1983, he bought it and built a resort around it. 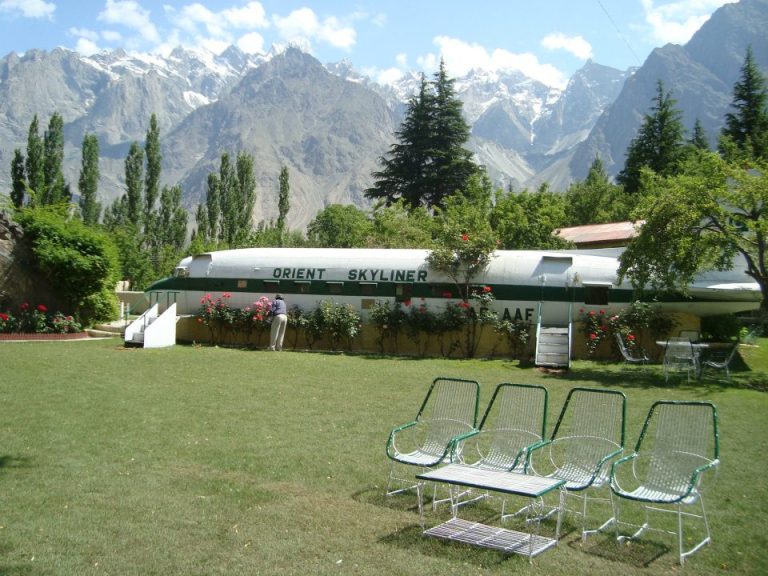 The plane now serves as a coffee and tea shop for the tourists. 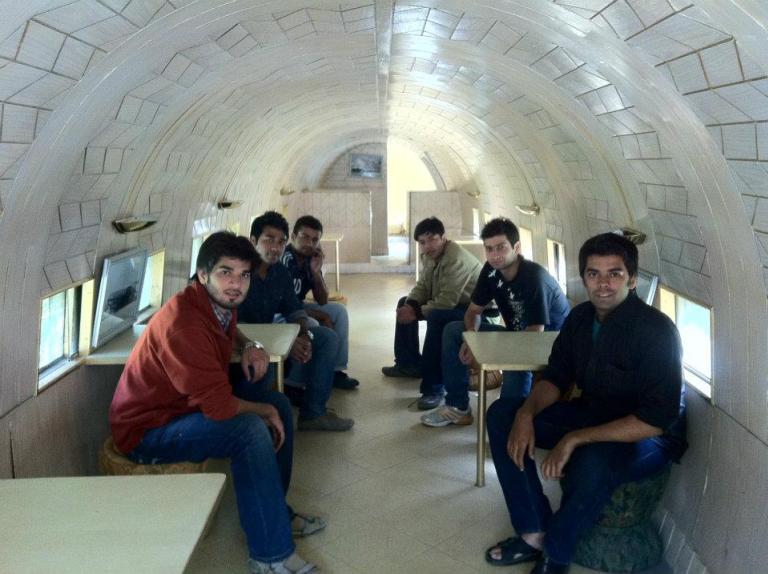 The interior of the plane is now decorated with small tables and chairs for the tourists to have a cup of tea or coffee.