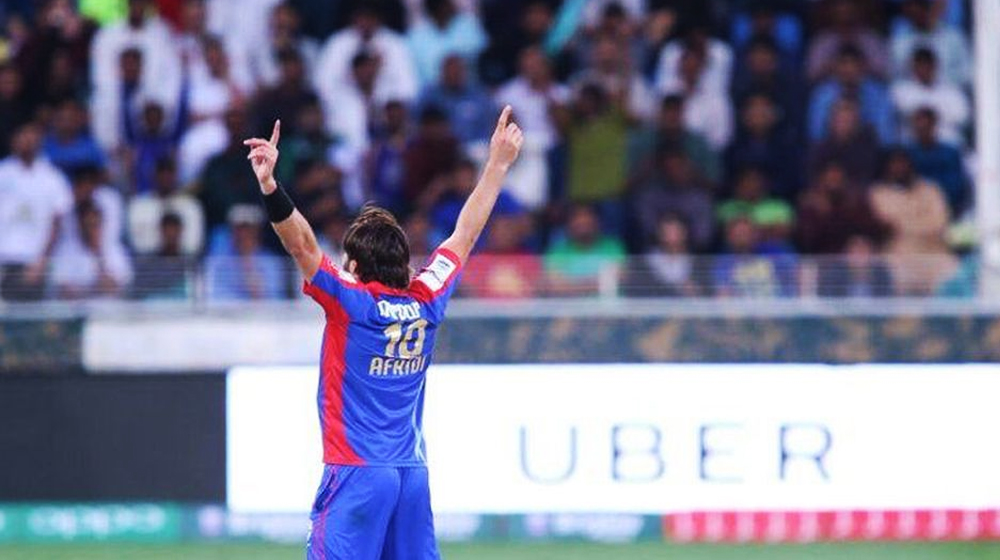 In the third edition of the Pakistan Super League (PSL), Shahid Afridi has created yet another record which might be here to stay for a while.

Afridi managed a unique feat in the game against Peshawar Zalmi on Thursday while chasing a hefty target of 182 runs.

Boom Boom came out while Karachi were struggling and at 67 for 4.

No player has ever scored 4 consecutive sixes in PSL’s history before.

Facing 19-year-old Sameen Gul in the 12th over, Afridi unleashed his inner monster and launched 4 massive sixes off the next 4 balls.

The 38-year-old managed 3 sixes off the medium-pacer Sameen and in the next over, he faced Liam Dawson whose first ball he dispatched over the boundary.

Despite all his efforts, Karachi lost the match by 44-runs and now have to win their next game to ensure playoff position.

To read the summary of the game, click here.