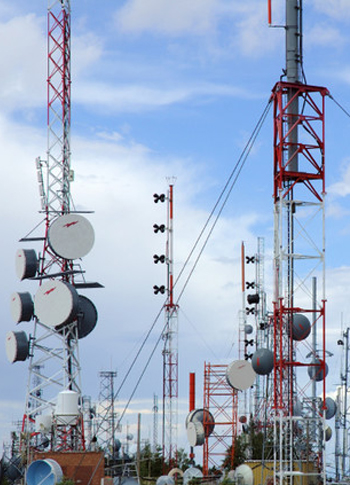 Licensing Framework is one of the fundamental building blocks of telecommunications regulations.

Currently, PTA is in the process of reviewing its existing framework in the light of Telecommunication Policy – 2015. An international consultant has been hired for the purpose and he has been mandated to come up with his recommendations on the following aspects of the framework:

Before we have a look at the International Best Practices for telecommunications regulation to answer these questions, there is a basic set of principles that have been adopted at the international level by the World Trade Organization (WTO). Their Reference Paper contains the key regulatory policy principles that member countries must adhere to.

For the purposes of this article, the relevant principles include:

Best Practices on a Global Scale

With this background in mind, now let’s have a look at International Best Practices. The goal is not to imply that there is only one course of action that PTA must follow in developing this framework. Nevertheless, the experiences of other countries and the widespread adoption of the WTO principles are useful to demonstrate what has been shown to work in other countries. By adopting an approach that encompasses widely tested and accepted best practices, the Government of Pakistan will maximize its ability to achieve its goals in a timely fashion.

As addressed below, a liberalized and unified licensing framework are hallmarks of a licensing regime aligned with current international best practices.  Key elements of such a framework include technology and service neutrality, as well as rules that afford regulatory certainty while remaining flexible enough to accommodate the dynamic telecommunications market.

In transitioning to a more unified licensing regime, existing service-specific licenses should be examined to determine whether, based on current objectives, such services should still be licensed separately or as part of a unified regime, be subject to registration/notification only, or be exempt from licensing.

From Service-Specific to Unified Licenses:

Increase in mobile data usage puts a lot of pressure on the capacity of the existing networks. The availability of additional radio spectrum resources and deployment of higher performance technologies, such as LTE, may enhance existing network capacity. This capacity development, while significant, falls well short of what is needed to meet future mobile broadband demands. This will lead to network congestion and deterioration of network quality, which consequently leads to poor quality of experience for customers. Moreover, adding capacity to the wireless network is a significant investment and thus operators are looking at alternative approaches to deliver more capacity in a cost-effective manner.

Further, Spectrum is a scarce resource. The wireless segment is witnessing unprecedented growth. As the demand for wireless connections continues to grow, the service providers need to efficiently utilize available spectrum and data offloading techniques may play a substantial role here.

To address this issue, service providers should embrace “Mobile Data Offloading”, which allows operators to alleviate network congestion quickly as it is flexible in its deployment options and is applicable to both LTE and 3G wireless networks. Traffic Offload refers to the ability to move mobile data traffic from one network to another in a way that is transparent to the subscriber. It can be done either by an end-user (mobile subscriber) or an operator.

As radio spectrum is limited, network congestion and deterioration of network quality will become inevitable for operators due to the unprecedented growth of data traffic in future. Even deployments of new technologies, although having better spectral efficiency may not be able to handle network data capacity commensurate to future mobile broadband demands. In such circumstances offloading of data, traffic will be a viable solution as it provides not only relief from an increased growth rate of data traffic but will also help operators reduce costs.

In view of the above, it is recommended to plan the deployment of WiFi/Femto/Pico mesh at a commercial building, Universities, railway stations, airports, and public places & transport.

As per the Telecom Policy – 2015, while developing the new licensing regime the following will be taken into account:

“The licensing of telecommunications licensees for the provision of broadcast media and/or distribution service, including the necessity of doing so given the evolving nature of TV.”

Majority of the Telecom Companies are Foreign Owned & Section 25 of PEMRA Ordinance, 2002 doesn’t allow a company having the majority of shares owned or controlled by foreign nationals to obtain TV License.

In our view, Section 25 does not differentiate between a broadcasting license and a distribution license. We understand the legislators’ intent in restricting the foreign majority shareholding is related to broadcasting only and that is why PEMRA is given the power to exempt an applicant from this restriction. Section 32 of PEMRA Ordinance, in conformity with the principles of equality and equity as enshrined in the Constitution, allows PEMRA to grant exemptions by giving reasons in writing. Such exemptions to the provisions of the Ordinance may be granted in public interest.

PEMRA may, therefore, grant general exemption of foreign shareholding for distribution Services to the telecommunication operators by invoking Section 32.

PTA to Record User Data from All Public Wi-Fi Hotspots

The trend towards liberalized and technology-neutral licensing frameworks began decades ago, with many countries around the world having now adopted some degree of unified licensing, such as all EU Member States, Canada, Jordan, Kenya, Korea (Rep.), Nigeria, Thailand, Uganda and the United States, in addition to Singapore, South Africa, and Malaysia.   While the precise mechanism that is implemented varies from country to country, there is a general trend in developing licensing frameworks that follow most, if not all, of the elements described below:

The author served as the Former Head of Regulatory and Interconnect at Jazz.