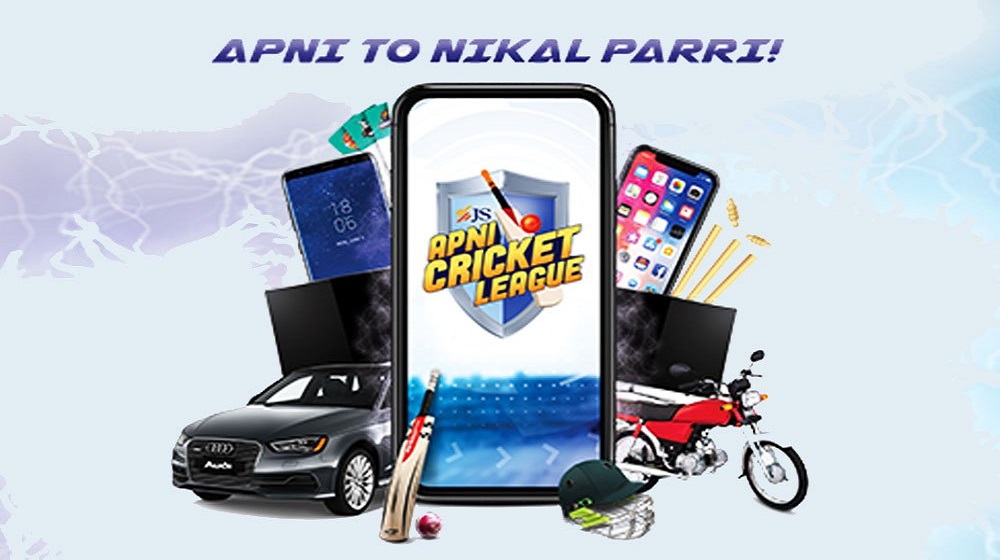 JS Apni Cricket League fever is getting high as PSL Play Offs kick in! Download the app if you haven’t, create your own fantasy cricket team, and win exciting prizes including an Audi A3!
#ApniToNikalParri

The JS Apni Cricket League has already dolled out prizes to some lucky winners. However, the biggest prize of them all is still up for grabs. You still have the chance to win an Audi A3!

Build your fantasy team and increase your chances of winning an iPhone X, Nokia 8; LED TVs, tickets to Turkey, PSL final passes and the one and only, Audi A3 with the JS Apni Cricket League app.

Here are the names of the people who won prizes during the last weekend with JS Apni Cricket League:

You can use the in-game boosters to enhance your game just like others are doing.

The Twitter reactions to the #ApniToNikalParri campaign have been positive:

Team banali. Hope it turns out good like yesterday’s 😍#ApniToNikalParri

Just got know that Afridi is injured and wont playing. Sammy is also on 50-50. Guys please help me in selecting players for my team. Ok tkssss 😭😭
PS: don’t judge pls. #JSApniCricketLeague #ApniToNikalParri pic.twitter.com/HZkahO4UO7

Kamran akmal is my MOTM today and tbh this is the best decision i ever made in my life. #ApniToNikalParri

My two cents on how to score well in the #ApniCricketLeague#ApniToNikalParri pic.twitter.com/P1EHPu5rE9

How To Play the JS Apni League Game

For those who haven’t played the game yet, its actually pretty simple to get into the action.

Your objective in the game is to build a fantasy cricket team. You get to choose your favorite players and win matches with them. The better your team combination, the higher your chances of winning!

So what are you waiting for? Start playing and start scoring!