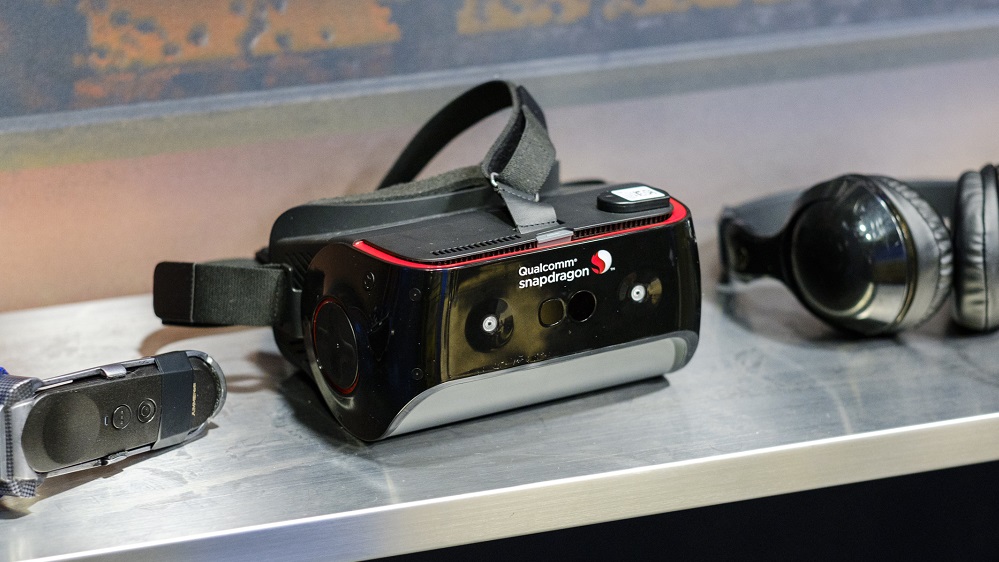 Qualcomm goes in on the VR craze with its own headset. The Snapdragon 845 based developer kit will be fully wireless, featuring eye-tracking among other things.

Qualcomm is ready to take the lead in a growing virtual reality market with its latest Snapdragon 845 VR development kit. The headset, based on Snapdragon’s latest and greatest, will be made available in Q2 this year, though, its maker is mum on the price.

The headset has 2560 x 1440 WQHD resolution displays with a 60 Hz refresh rate. Note that this is the overall resolution of the headset with each eye getting half of that number. Apart from the Snapdragon 845 chip, you get 4 GB RAM and 64 GB of storage space.

The VR headset offers 6 degrees of freedom for the wearer and a fully wireless experience. This results in a completely clutter-free experience thanks to the inbuilt processor and all the other essentials. A boundary system will help keep users in a fixed area and avoid running into obstacles or other people.

There are two cameras and IR LEDs on the front to track your surroundings, while the controls on the right side should make up for the lack of external controllers.

The developer-focused headset also comes with foveated rendering, a feature which increases the resolution only in areas you’re focused on, to lower processing power elsewhere. This is made possible by the Tobii EyeCore eye tracking system, which also lets you use your eyes to control the headset.

The platform supported by the headset is the HTC Vive Wave, which allows it to share the same content as the new Vive Focus.

HTC’s Vive Pro is its Most Premium VR Headset Yet

Though it’ll be made available to developers in Q2, pricing details are not known as of yet.