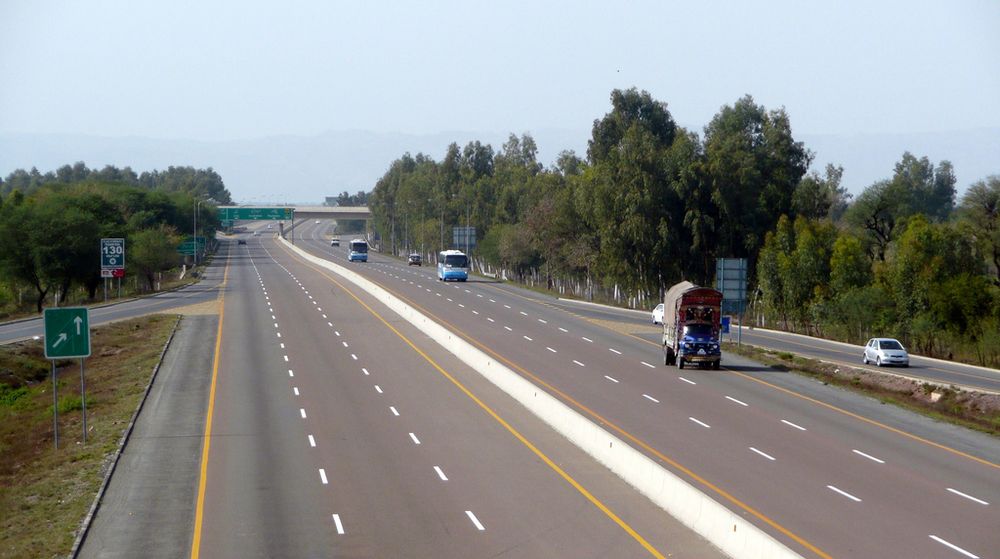 The last date to register for M-tag facility is 30th March. Vehicles without M-tag will not be allowed to enter the motorway after this date.

All commercial vehicles without M-tag will not be allowed to enter or travel on the motorway starting March 31. Previously, E-tag facility was used for toll tax and utility bills’ payments, however, the system has now been replaced with M-tag.

Frontier Works Organization (FWO) has moved towards digitization by rolling out the technology-driven system. Commuters will be able to recharge their account through JazzCash, FWO’s mobile app ‘Smart Motorways’ and their official website.

Here is how the system will work;

Just like its predecessor, M-tag will work on the same principles of E-tag. Vehicle owners will be given a pre-paid Radio-frequency identification (RFID) chip that will be read by the scanners installed at booths on the motorway. The scanners will read the chips on the vehicles upon entering and will deduct the due toll tax upon leaving automatically.

JazzCash and FWO to Partner for Digitized Toll Fee Payments

The scanner will also record the location of entry along with the remaining balance in the RFID-chip. Owners will be able to recharge the accounts through FWO’s app and website and JazzCash as well. Apart from that, the account can be recharged through Rs 200, Rs 500, Rs 1000, Rs 2000 and Rs 3000 scratch cards as well.

Previously, dedicated lanes were established at toll booths for vehicles with E-tag. The lanes opened for those cars only that had E-tag sticker on them. NADRA managed the E-tag system that contained vehicles details, linked with the owners’ details at the database level.

The technology, as mentioned earlier, has now been replaced with M-tag facility and FWO Smart Motorways is managing it. FWO says that for now, it is only compulsory for commercial vehicles to get registered for an M-tag. The facility will be rolled out for privately owned vehicles in later stages of the project.

M-tag registration for private vehicles will be free until March 31. Rs 300 of free balance will be given as well to the vehicles registered before this date. A free recharge of Rs 500 will also be provided after every 5000 kilometers of travel. Dedicated registration desks and customer care centers have been set up at several toll plaza booths where you can get the M-tag.

A minimum fee of Rs 300 is required to get the tag, however, the whole amount is deposited as credit in vehicle owners’ M-tag account.

The vehicle owner must possess CNIC, driving license and vehicle registration documents at the time of registration.

Initially, the system will be deployed at Lahore-Islamabad motorway. In later stages, it will expand to all motorways in Pakistan as part of the CPEC 1-link motorways project. Vehicles entering the motorway without M-tag will be fined Rs 300 after the deadline of 31st March. 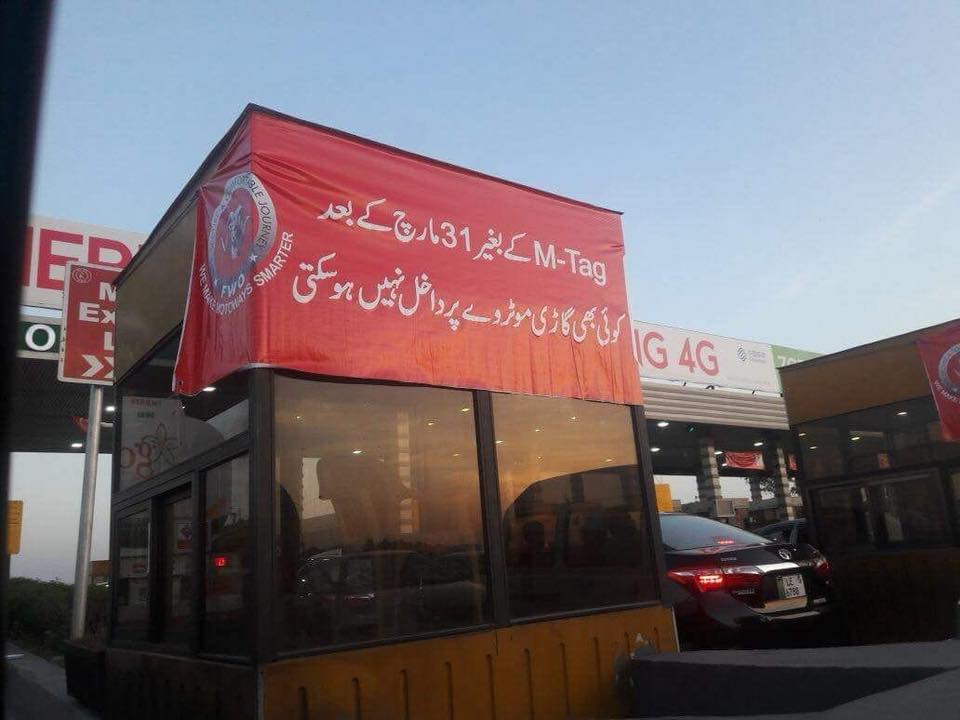 Toll Tax from Lahore to Islamabad

Toll tax from Lahore to Islamabad will be charged at the following rates;