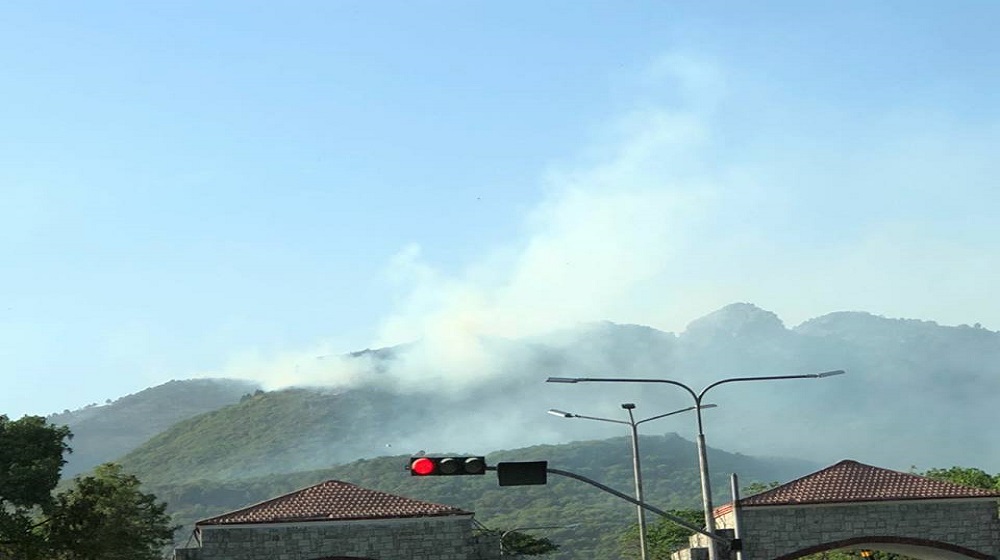 A sudden fire has erupted in the Margalla hills due to scorching temperatures. As per the latest reports, CDA is busy in extinguishing the fire by bush beating.

A fire has erupted on the Margalla Hills near Trail-5 and the Kalinger and Sandoori villages. and has spread over 40 acres. The fire, which was first reported on Thursday morning, had not been controlled as of this morning.

As per the latest reports, the fire is yet to be extinguished.

Unfortunately, Margalla Hills being on fire has become an annual event due to the presence of flammable bushes. More concerning is the fact that we’ve already a significant fire before peak summer season.

Due to the rough terrain, it is nearly impossible to control the situation through conventional fire extinguishing vehicles and the CDA staff is using manual bush beating technique to control it. 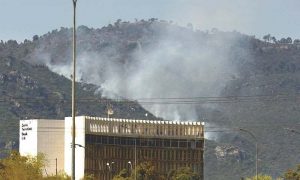 Last year, a fire broke out in the forests of Margalla hills which was clearly visible from the F/5 sector of Islamabad. The fire quickly spread near the Bari Imam shrine but was extinguished by the CDA.

Places adjacent to Shahdra, Saidpur and Noorpur Shahan have also witnessed dozens of fire incidents over the years due to the vulnerable vegetation on the hills.

The situation demands an aerial fire extinguishing mechanism, either through helicopters or through planes. The lack of proper safety processes and equipment is causing massive damage to the vegetation and wildlife on the Hills.