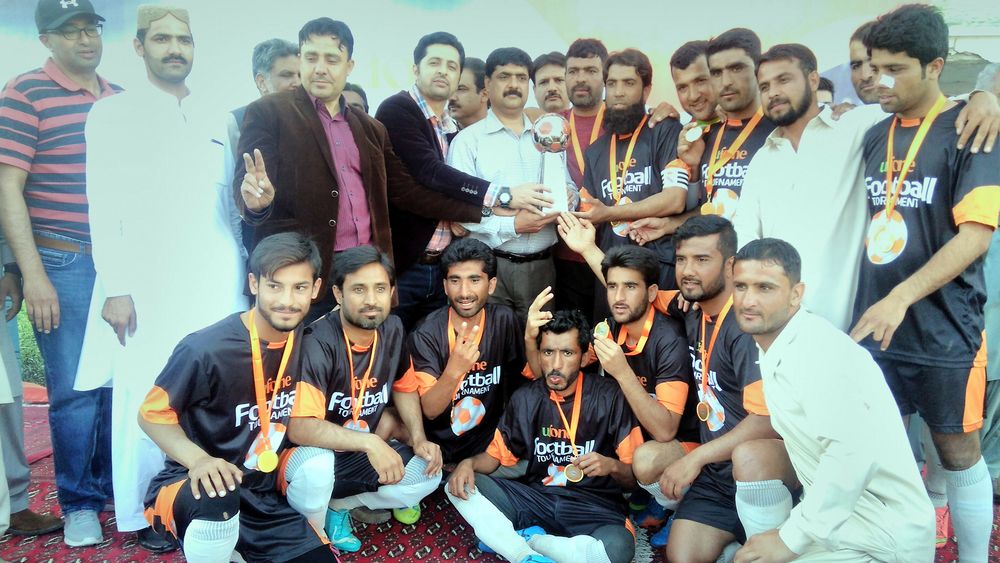 The final at Railway Ground Quetta was attended by a large crowd including the general public, dignitaries, media and management of Ufone. Secretary Sports Balochistan, Manzoor Ahmed, was the Chief Guest. He handed over the trophy to the winning team.

“It is a great initiative from Ufone. This kind of activities not only promote good health but also help build confidence in the youth and provide them with a competitive opportunity”, Ahmed said.

In the first half, Aqua FC Quetta played a defensive knock in the first ten minutes of the game while Noshkal Baloch FC kept attacking. However, after the initial defence, Aqua FC geared up and made several attacks on Noshkal’s goal but could not get the ball past the goal post. No goals were scored in the first half.

Noshkal Baloch FC’s Abdul Malk scored early in the second half to take the lead in the match. After a gap of 15 minutes, Sher Hassan from Aqua FC scored an equalizer to keep club’s hopes alive for the title. It was not until the last few minutes of the game when Aqua FC’s Nasrullah scored on a penalty to ensure his team wins the trophy for this year’s championship.

This year, the championship took place in six cities, including Quetta, Pishin, Khuzdar, Chaman, Loralai and Noshki. The championship had 30 teams, five from each city and engaged 450 young footballers.

Ufone believes the championship has helped promote football in the province and proved to be a great platform for the emerging young players who learnt and displayed excellent footballing skills. The initiative shows Ufone’s commitment to the people of Balochistan, which enunciates with the company’s tagline “It’s all about U.”