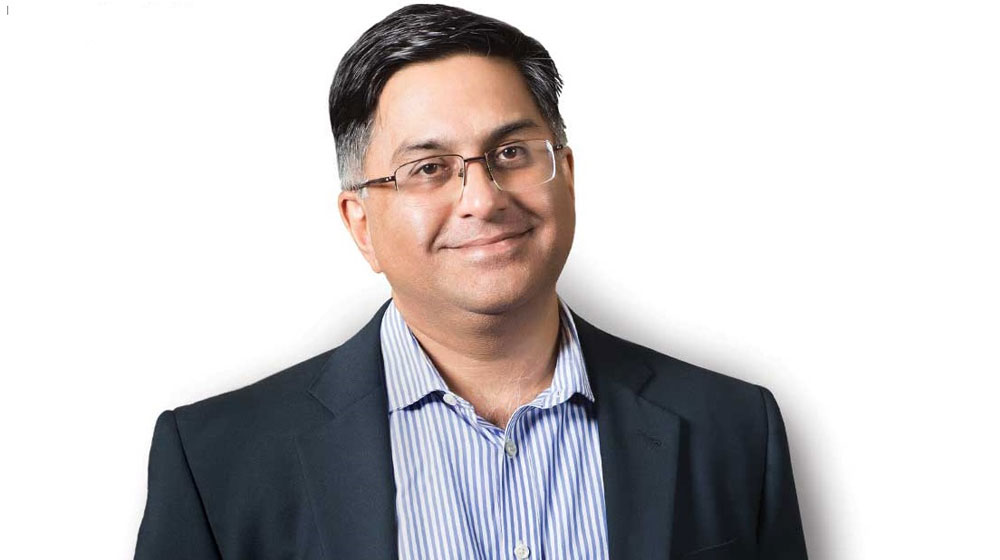 After the recently announced $184.5 million investment in Telenor Bank, Ant Financial — the group behind AliPay and an affiliate of AliBaba Group — is going to help Pakistan transition completely into a new era of cashless payments.

“With Ant Financial as our partners now, Telenor Bank’s flagship service Easypaisa will continue to evolve to become one of the most easiest, simplest and cost-effective mediums for making payments”, said Shahid Mustafa, Chief Executive Office of Telenor Bank in an exclusive interview with ProPakistani.

With more than 800 million users, 200 million of whom are outside China, Ant Financial handles more than 550 million transactions every day, covering everything from taxi fares and grocery payments to reserving hotels online or lending small amounts to peers.

Ant Financial valued Telenor Bank at $410 million or around 8X of its book value, which means that Bank is valued as FinTech and not as a bank.

Shahid Mustafa is happy how the deal went through.

And rightly so, as money isn’t the only thing coming in as part of the deal. It’s also the technology, experience and knowledge base  and they will make the real difference for Telenor Bank.

If we look at Ant’s other investments, Paytm in India for instance, it grew its customers tenfold with-in just two years.

More importantly, Ant Financial — or the AliBaba Group — is likely to invest in other segments in Pakistan to gain from other economic options; such as logistics and ecommerce. This pool will help the overall ecosystem of the country and Telenor Bank could be at the core of everything, i.e. to handle the payments.

With such potential prospects and almost entirely untapped market, the valuation, in our opinion, could be higher if we had some prior investment precedence. But as a first major injection from Ant Financial in the country, we think its a great start for both Ant Financial and Telenor Bank.

Shahid Mustafa said that paper money — or hard cash — in Pakistan is around 35% of all the circulating money in the system, as compared to 11% in India. “And while this is a known fact, the more money in banks, the better it is for the economy”, he remarked.

“Our focus in coming days will be to push the users to go cashless and use e-money in their daily lives”, emphasized the Telenor Bank CEO.

Her are the Services to Expect from Easypaisa After Recent Investment!

He said that from filling the car tank to recharging their mobile accounts, from buying groceries to paying for the bus tickets, Telenor Bank wants it all to be cashless.

“It will not only help the economy grow — as more money in banks will mean more investment opportunities for the industry — but will also help individuals with more savings as they will have more credit available to them based on payment history”, said Shahid Mustafa.

Shahid Mustafa agreed that transnational charges of Easypaisa are high but said that it had to be like this. He explained that a service has to be expensive in the start as there is a cost of setting up the technology, hiring people and so on.

He said that this cost trend is followed across the industries, including smartphones, computers, and others.

“Cost go down naturally with time when there is a volume as the cost is divided by more transactions”, he said.

As we go forward, our thrust will be at ease, simplicity and low cost: Shahid Mustafa

He referenced that almost 100 percent of people used to rely on Hundi services for local or international remittances at the time when Easypaisa started its operations. “This number has now gone below 10 percent as people have slowly moved to Easypaisa, JazzCash or other services in a small span of time”.

Branchless banking has currently more customers than all the banks combined. With these stats, he said that branchless banking sector is now transitioning to next level, “As we go forward, our thrust will be at ease, simplicity and low cost“.

Easypaisa that started OTC (Over the Counter) as a main feature in the beginning, now wants its users to shift to mobile wallets and that is where the push has been during the recent times.

“I can categorically say that we will bring down the cost radically, particularly for the products that we want to grow, such as our mobile wallets”, said the CEO.

Telenor Bank CEO said that his bank aims for a common man to receive his salary in his mobile wallet, from where he should be able to pay his utility bills, pay the tuition fee, buy groceries and pay for whatever his needs may be directly from the mobile wallet.

For this, there could be various methods that a user may need to make payments, including QR — both dynamic and static — online payments and so on.

To achieve the 360-degree solution, Shahid Mustafa confirmed that QR payments will be vital for the retail industry.

He said that Telenor Bank is ready to work with other players to grow the market. “We welcome all other players who are doing the same thing, we appreciate their innovation and we want to tell them that we want to join this segment very soon”, said Shahid Mustafa.

Shahid Mustafa, while commenting on the replacement of technology, said that Easypaisa’s current technology can be scaled up to a certain business size.

“While I can’t share the specifics, but yes there’s a sunset date for the current technology and that’s when we will look to upgrade the back-end technology”, revealed Mr. Mustafa.

“As we go forward, we will evaluate the needs to see if we want to get new technology”.

With Ant Financial as partners, Telenor Bank is confident that it will have a smooth transition if a technology replacement is ever required.

With everything set, Telenor Bank and Ant Financial want to make the life of a common man easier while they make payments. During this, they also will look to increase their revenue per customer — which is currently lower than the conventional banking customers.

The direction is set, the market is ripe and it’s time that they need to implement world-class payment solutions for masses to adopt.

Telenor Bank CEO said that Pakistan should be aiming for at least 50 million active mobile wallet accounts in next five years.

Shahid Mustafa said that they are going to work with all sections of the value chain, such as distributors, with over 2.5 million retailers and millions of users to enable everyone to be able to perform financial transactions cashlessly.