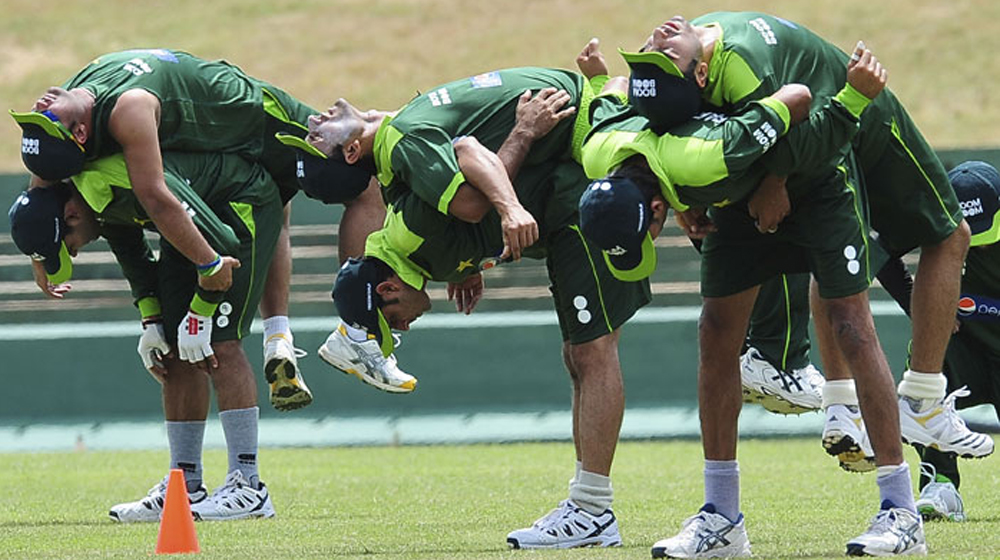 Pakistan cricket has often fallen prey to politics and favoritism. However, Fawad Alam and Muhammad Rizwan are two such examples who are defying all odds with their unmatched fitness levels.

In a Yo-Yo Endurance Test at National Cricket Academy (NCA) on Tuesday, Fawad and Rizwan both outperformed all the national team players including the team captain — Sarfraz Ahmed.

According to details, the test conducted at NCA was a part of the upcoming tours against England and Ireland.

Sarfraz Ahmed scored only 17.4 on the fitness test

Fawad Alam, with 19 points, outshined Babar Azam, Hasan Ali and Fakhar Zaman who all managed 18 points each on the fitness scale.

The Yoyo Test: Here’s How Fit Pakistani Cricketers are

Asad Shafiq showed great resilience and managed 20 points for his efforts in the test.

However, the rankings were topped by wicket-keeper batsman Muhammad Rizwan with 21 points.

Compared to previous rankings, Shan Masood and Muhammad Rizwan both topped the rankings with 22.1 points whereas results from before show that Sarfraz Ahmed has digressed.

On the other hand, Pakistan Cricket Board (PCB) has shortlisted a 25-member squad for the initial Test camp which will commerce from 11th April and will last for four days at Gadaffi Stadium, Lahore.

Here are the players shortlisted:

The fitness test carried out by PCB known as Yo-Yo Test is conducted to judge the readiness of players for international matches.

The test has a passing target, which for Pakistani cricketer, is 17.3. Indian players are only selected if they score a minimum of 19.5 whereas for Australians, they need scored more than 20 points if they are to be selected.

The Yo-Yo Endurance test is a measure of the aerobic endurance fitness of an individual. It has two levels – Level 1 and Level 2 – and also another variant called the Yo-Yo Intermittent Test.

The athletes have to run between two cones set 20m apart on the sound of a beep and after a minute or so the pace gets quicker meaning that for the next sprint you will have to cover the distance in lesser time.

If the subject hasn’t made it to the line in the required time, the runner must catch up with the pace in the next two beeps otherwise he will fail.

For a better understanding of the Yoyo test, have a look at these videos: