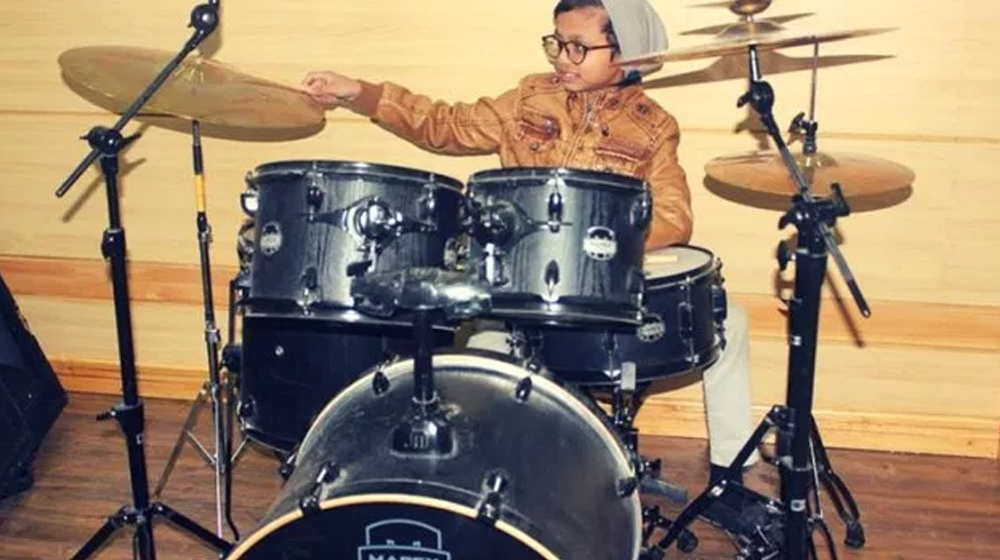 Quetta’s Shear Yashub is a young drumming prodigy and can already play some cool drum riffs . He started learning when he was only four years old.

Meet Shear Yashub, the 11-year-old prodigy who has a natural talent for playing professional-level drums and is already jamming with a band which performs at concerts.

Hailing from Quetta, Balochistan, Shear Yashub started playing drums when he was only four years old and derived inspiration from his elder musician brother, who is also part of a band. He has been practicing every day for years and has learned some neat drumming tricks we usually see professional rock-stars do on stage.

A Pro Drummer In The Making

His rock-and-roll adventures began even before he had his own drum kit. According to Asnapher Imad Chaudhary, Shear Yashub’s eldest brother, he used to play “drums” on any surface he could find and also tapped feet on the ground to create drumming riffs and beats.

Seeing how much Shear Yashub liked to play drums, his parents finally got convinced and got him his very own drum kit. Ever since, he is seen practicing and even performs in concerts.

Let’s hope his talent does not get neglected and he gets to perform at the national level alongside famed bands and musicians. He hopes to get the exposure he needs and wants to become a famous Pakistani drummer.

You can check out Shear Yashub’s work on his Facebook page.