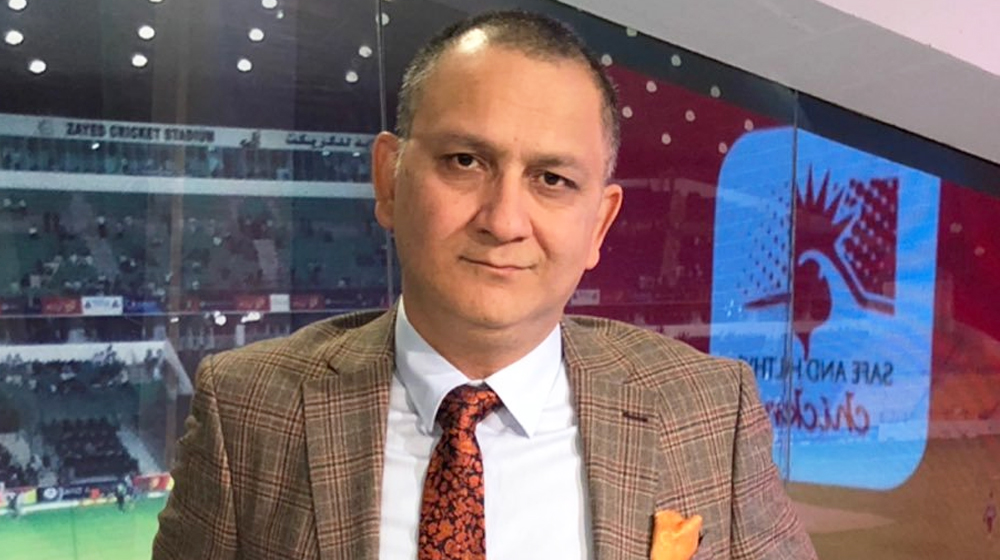 Cricket fanatics in Pakistan are all well aware of Dr. Nauman Niaz and his antics, especially on his show called Game On Hai, where he discusses sports with other guests. They are also aware that despite all his efforts, he’s often proven wrong by his guests.

Before being appointed as Director Sports and later on, Head of PTV Sports, Dr. Nauman was appointed as Pakistan Cricket Board’s Media Manager during the tenure of Mr. Najeeb-ur-Rehman. He was also appointed as Assistant Manager of the national team.

Despite all this, there’s no doubt that he is passionate about the game and tries his best to improve Pakistan in whatever way he can. He’s also helped improve the country’s image by inviting former cricketing legends for post-match analysis and an exhibition game in Pakistan.

However, his passion does not serve him well at times, especially when confronted by someone in cricketing circles who knows what they are talking about. This is exactly what happened recently when he got into a light quarrel with cricket legends Rashid Latif and Abdul Razzaq recently on his show.

On a recent episode of Game On Hai, Dr. Nauman and his guests focused on batsman Fawad Alam’s exclusion from the Pakistan squad yet again. While discussing the issue — and as always — Dr. Nauman blurted out some statistics to prove to his viewers that he knew what he was talking about. However, this time he was confronted about his lack of cricket knowledge by none other than his guests.

Dr. Nauman’s premeditated efforts to rile up the panel were effortlessly countered by Rashid Latif, who was up to the task of dealing with the sports journalist.

The argument started when Dr. Nauman claimed that Fawad has made 20 centuries in his first-class career, prompting Rashid to correct him:

For someone who prides himself on his ability to remember statistics (a handy skill for experienced journalists), Dr. Nauman took offense and responded rather immaturely and asked Latif to stop guessing and look up the statistics himself.

The hot discussion came to a close when he was proven wrong in the most spectacular manner. Abdul Razzaq delivered the main punch line and here is how it went: