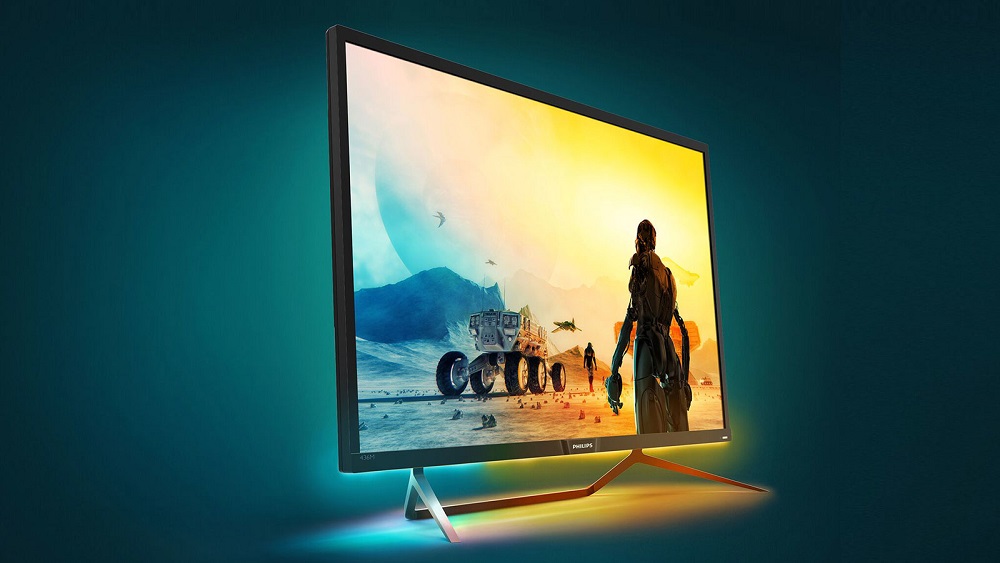 Philips has upped its HDR game with the new Momentum monitor. It manages an astounding 1000 nits of brightness alongside other interesting features.

When it comes to TVs and displays, HDR is the buzzword, the latest trend to hit the market. Philips has its own take on the whole HDR shebang with their new Philips Momentum monitor.

The 43-inch display is the first ever to support for DisplayHDR 1000, the highest standard possible (HDR 400 and 600 are the others). Due to that, it can manage a peak brightness of 1000 nits, the highest ever for a monitor. Even in regular conditions, you can expect to hit around 720 nits consistently.

Adaptive Sync technology is supported, which should work similar to AMD’s FreeSync, to reduce screen-tearing and dropped frames. The display panel is an MVA one (rather than the conventional IPS) relying on Quantum Dot Technology, similar to what Samsung applies in its QLED TVs.

There’s also the new Ambiglow technology from Philips, which extends what is being displayed to the edges, creating the illusion of an image bleeding out of the monitor. On the other hand, MultiView allows you to add a set-top box and a PC at the same time, hence, proving once again that the display is no slouch when it comes to cutting-edge tech.

Pricing is also set at $1000 for the display, which’ll go on sale later this summer.