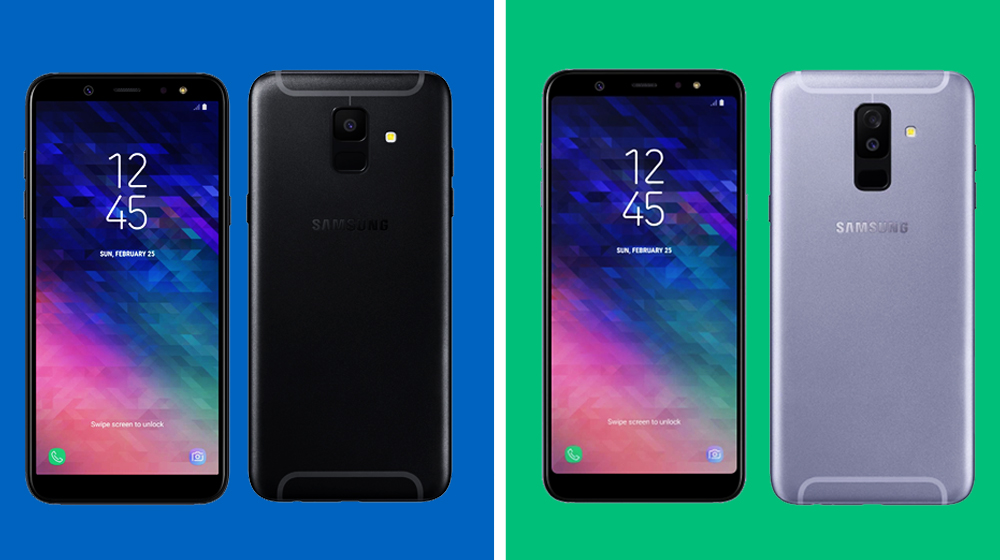 Samsung has just launched the 2018 A6 and A6+ duo. They come with bezel-less designs, vibrant displays, fingerprint scanners, and more.

Samsung has launched a new pair of midrangers, the Galaxy A6 and A6+, with infinity displays and mediocre internal specs. Just like the Galaxy S9 and S9+ pair, the company has split Galaxy A6 into two variants which are different in both size and specifications.

The A6 duo’s design is almost identical to A8 and A8+ siblings – launched around four months ago. A6+, as the name suggests, has better specifications than A6 and also comes with a larger footprint.

Let’s take a look at what this pair has to offer, 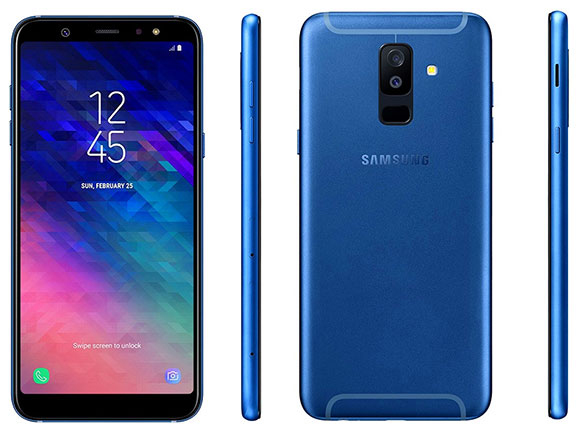 Galaxy A6+ is the larger sibling and has better specifications. The pair seems to follow the current trimmed-bezels trend and also resembles Samsung’s latest midrange design theme. Moreover, it also has IP68 certification for being dust and waterproof up to 1.5m for 30 minutes. The fingerprint sensor is housed on the rear right beneath the dual cameras.

This lineup also gets Samsung’s infinity displays. The display does have fairly trimmed bezels but does not come with curved edges like the company’s recent flagships. It has a 6-inch Super AMOLED display with a resolution of 1080 x 2220 pixels and 18.5:9 aspect ratio.

This one is smaller in size but has the same rear cosmetic lines and bezel-less infinity display. On the rear, the fingerprint sensor sits beneath the camera, just like A6+, but has a single-lens set up instead. A6 has a similar material build and is also IP68 certified for dust/water resistance.

Its Super AMOLED display measures 5.6-inches diagonally and has a resolution of 720 x 1440 pixels. Aspect ratio is 18:9 and ~287 pixel density. Both phones have Always-on-display feature and also an unspecified version of Corning Gorilla Glass protection.

It comes with two internal storage options – 64 GB paired with 4 GB RAM and 32 GB paired with 3 GB of RAM. Fortunately, a dedicated microSD slot is available which can expand its storage by up to 400 GB.

Samsung Galaxy S9+: Exynos vs Qualcomm, Which is Better?

Unlike the A6+, Galaxy A6 runs Samsung’s own Exynos 7870 chipset with an Octa-core configuration clocked at 1.6 GHz. The graphics department is run by a Mali-T830 MP1 GPU and similarly, it is sold with either 3 or 4 GB RAM.

Internal storage is either 64 GB with 4 GB RAM or 32 GB with 3 GB RAM – also expandable via dedicated microSD slot by up to 256 GB.

The bigger phone in the family has a dual camera set up consisting of 16 MP f/1.7 primary shooter and a 5 MP f/1.9 secondary shooter. Galaxy A6+’s secondary sensor allows live background blur and a realistic bokeh effect. Moreover, the rear lenses also support PDAF. It can only shoot up to 1080p videos at 30fps.

Selfie camera is a 24 MP unit with an aperture size of f/1.9 and also has its own LED flash for low-light selfies. Unsurprisingly, it comes with Android 8.1 Oreo out of the box with Samsung’s proprietary TouchWiz layer on top.

This one carries a single lens on the rear instead with 16 MP resolution, PDAF, LED flash, and f/1.7 aperture. Due to the absence of a secondary depth sensor, it does not support live background blur. The front camera is 16 MP (f/1.9) instead and also has an LED flash

It will also run Android 8.1 Oreo with TouchWiz on top.

Both A6 and A6+ support Samsung’s Bixby Vision, Bixby Home, and Bixby Reminder.

Both phones will be launched by Samsung in the international market this month. It might take a few days before being made official in Pakistan.