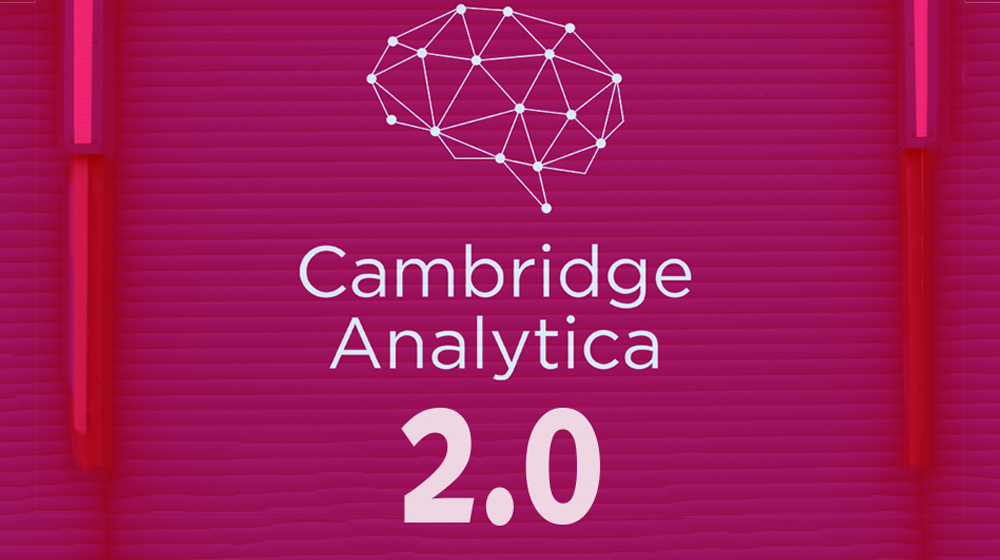 Cambridge Analytica might be coming back to the business – official registrar entries show that it might be getting rebranded under the name “Emerdata”.

Cambridge Analytica (CA), the company that made international headlines by harvesting personal data of more than 87 million Facebook users may not be dead after all.

The company underwent scrutiny from international authorities because of unethical use of public data to target political advertisement during 2016 US elections.

It faced a firestorm of accusations and political commentary after its former employee, Chris Wylie, turned whistleblower and provided insight into the company’s questionable data-mining activities.

Ultimately, CA had to shut down and filed for immediate bankruptcy as it lost its clients and market integrity due to “unfair media coverage”. Interestingly, CA’s parent, SCL Group, went into liquidation as well along with other subsidiaries.

CA pulled the plug in its UK and US-based offices and went ahead with the liquidation process, however, reports suggest that its still functional under the covers with a different name this time.

According to The Register, Cambridge Analytica is still functional in the political research business and has rebranded itself as “Emerdata Limited” which calls itself a “data processing, hosting and related activities” company.

It’s active, registered and is listed as an active company in Companies House’s listings, which is the UK’s company registrar. Moreover, most of its key employees, investors, and managers are the same as Cambridge Analytica. Emerdata’s board of directors include,

Cambridge Analytica might be making its comeback in the near future – Emerdata was formed back in 2017 but stayed inactive until the CA-Facebook scandal made headlines this year.

Read this for a complete background on the story.