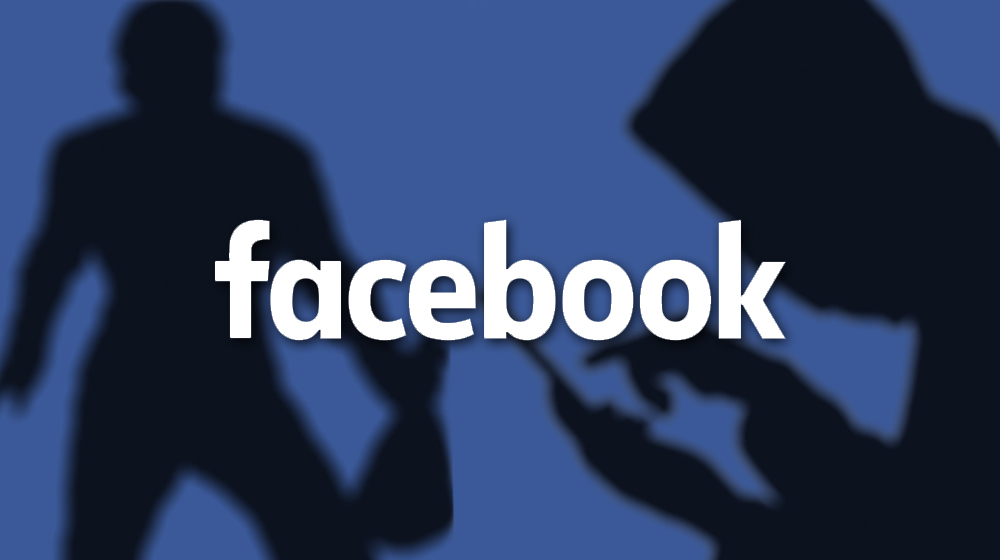 Facebook is in trouble, and it’s not the sort of trouble that generates outrage for a few days and is then forgotten. It’s significant enough to have wiped out almost $60 billion off the company’s market value and to generate widespread protests to #DeleteFacebook. Want a better understanding of exactly what’s happening and why it’s a big deal? Read on.

Recently, Facebook and a British firm called Cambridge Analytica were revealed to be involved in a major data breach involving around 50 million Facebook profiles. The data was misused and could have been a major factor in getting Donald Trump elected.

A whistleblower from Cambridge Analytica, Christopher Wylie, recently revealed how the company collected the Facebook profiles of US voters, using them to build a software to influence and predict the voters’ choice in the 2016 US Presidential elections.

According to Wylie, Facebook user data was harvested back in 2014 and was then used to profile US voters. These voters were then targeted with personalized political ads on Facebook, essentially helping in swaying their decision for 2016 elections.

Wylie told The Observer that:

We exploited Facebook to harvest millions of people’s profiles. And built models to exploit what we knew about them and target their inner demons. That was the basis the entire company was built on.

The Observer also saw documents and Facebook’s statement which confirmed that the company found out about the data breach back in 2015. Facebook, however, didn’t alert its users about how the data was being used and took limited measures to secure and recover the personal data.

“This is Your Digital Life”, a personality test app, was only supposed to collect data of 270,000 people but ended up gathering information on a staggering 50 million people

A University of Cambridge professor, Aleksandr Kogan developed a personality test app called “This Is Your Digital Life” back in 2014. The app was developed by his company Global Science Research in collaboration with Cambridge Analytica.

This app “legally” collected data from 270,000 users, paying them to take the test on Facebook. It also urged users to share their friends’ data. Unknown to the users, the app collected the data and shared it with others, without their consent. This eventually totaled to around 50 million accounts, which were handed over to Cambridge Analytica by Kogan.

According to The Guardian,

Facebook’s “platform policy” allowed only collection of friends’ data to improve user experience in the app and barred it being sold on or used for advertising. The discovery of the unprecedented data harvesting, and the use to which it was put, raises urgent new questions about Facebook’s role in targeting voters in the US presidential election.

The data had detailed personal information of Facebook users and their habits including age, liked pages, location, and joined groups.

This is just one part of the picture. Cambridge Analytica is also reportedly under investigation for its involvement in Brexit, which, incidentally, also occurred back in 2016.

We are investigating the circumstances in which Facebook data may have been illegally acquired and used. It’s part of our ongoing investigation into the use of data analytics for political purposes which was launched to consider how political parties and campaigns, data analytics companies and social media platforms in the UK are using and analysing people’s personal information to micro-target voters.

Cambridge had close ties with a prominent Brexit campaign group called Leave.EU. The two have previously boasted about working together and have since retracted their statements.

They are under scrutiny by the British Parliament, in their investigation against fake news.

The co-founder of Leave.EU movement, Arron Banks, said in a book back in October 2015 that they had hired Cambridge Analytica. Then in November same year, Leave.EU mentioned on its website that the company “will be helping us map the British electorate and what they believe in, enabling us to better engage with voters”.

Incidentally, the same month Brittany Kaiser, Director at Cambridge Analytica, spoke at Leave.EU’s conference. She said that the firm will be “running large-scale research of the nation to really understand why people are interested in staying in or out of the EU”.

European Union is Investigating the Case

Antonio Tajani, President of the European Parliament said on Twitter that the parliament will investigate misuse of Facebook user data by Cambridge Analytica.

EU’s Justice Commissioner, Vera Jourova said that she is planning to discuss the matter with Facebook and US government during her visit to the country. She said in a statement,

From a European Union perspective, the misuse for political purposes of personal data belonging to Facebook users – if confirmed – is not acceptable.

Following the fallout from Wylie’s revelations and Facebook’s potential involvement in US elections, as well as in Brexit, the social media giant has suspended Cambridge Analytica and Professor Kogan’s accounts.

Facebook’s lawyers had also warned The Observer of their “false and defamatory” allegations.

We have a responsibility to protect your data, and if we can’t then we don’t deserve to serve you.

It is against our policies for developers to share data without people’s consent, so we immediately banned Kogan’s app from our platform, and demanded that Kogan and Cambridge Analytica formally certify that they had deleted all improperly acquired data. They provided these certifications.

Talking about how their own data sharing API was at fault, he added,

Facebook is blaming Professor Kogan for developing the app when their own API, that allowed people to share their friends’ personal data without their consent, was at fault.

To that end, Kogan and Cambridge also share the blame for this fiasco, as personal data of hundreds of thousands of people was sold and exchanged hands, all without the users’ consent. Cambridge then used this data to influence the US Presidential Elections in Donald Trump’s favor.

Since the revelation, Facebook’s shares have been falling since Monday. On Tuesday, nearly $50 billion was wiped out from the social media giant’s stocks.

Facebook’s stock value was at $168 per share on Tuesday or around 10% lower than it was on Friday last week. 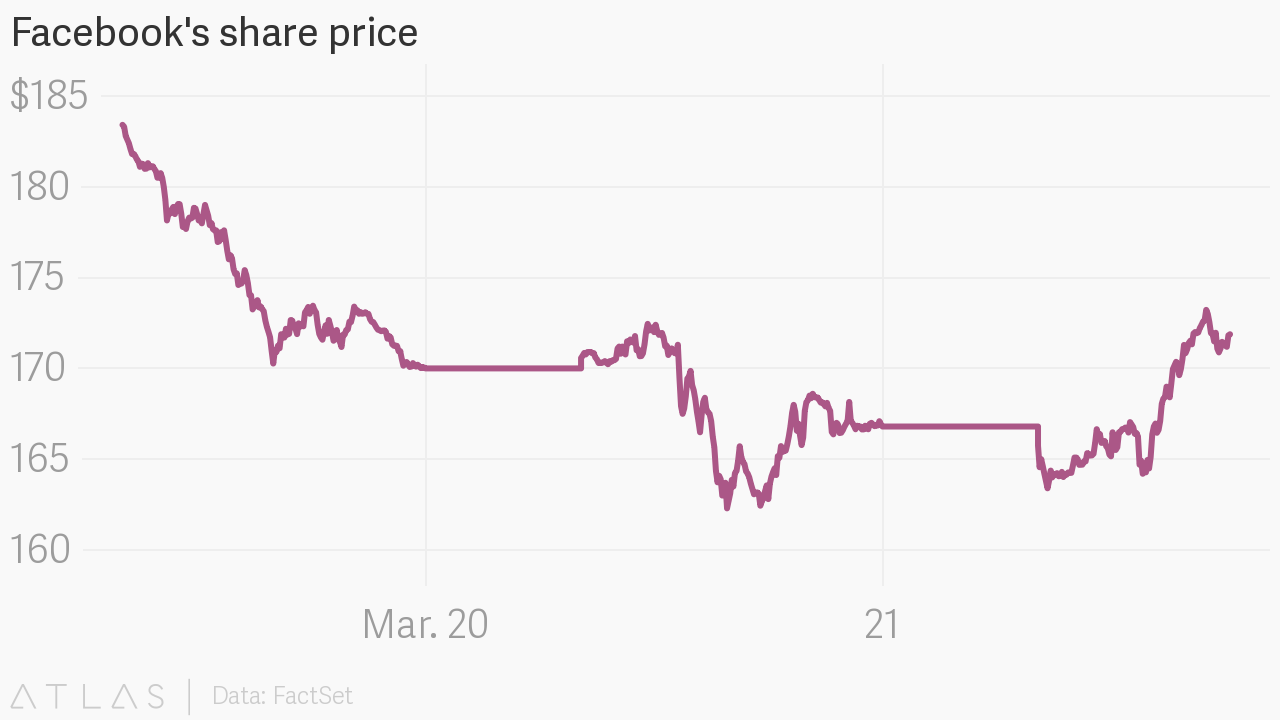 On Wednesday, the company’s stock fell by another 2% (around 11% compared to Friday’s levels) bringing the total loss in market cap to $57 billion.