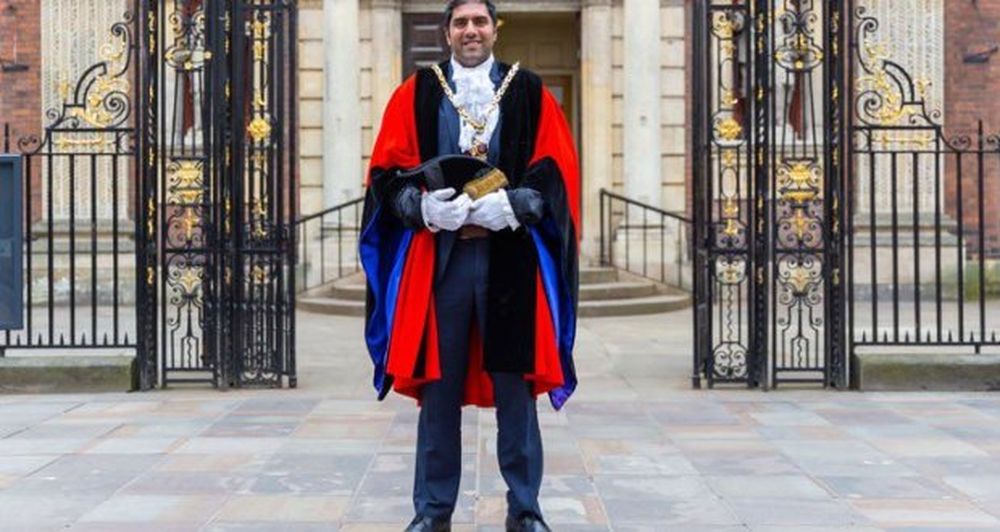 The historic city of Worcester has elected its youngest mayor ever and he’s a British-Pakistani. Jabbar Riaz, the newly-elected mayor aged 40, previously served as a deputy mayor in 2017-18. The Councillor defended his seat successfully for a third consecutive time from Cathedral ward.

Jabbar Riaz hails from the Dadyal area of Azad Kashmir Pakistan. He started his political career for Britain’s Conservative Party and was elected as a Councillor in 2010. However, Jabbar later switched to the Labour Party over some differences with the Central government’s Prime Minister David Cameron in 2013.

In 2014, Jabbar took part in the elections again for the Councillor’s seat from Labour Party and successfully won the elections. He then had to resign from the cabinet due to personal/family reasons. However, later, Riaz won the elections once again, beating Ayaz Sadiq’s – PML (N) Parliamentarian – niece Nida Salman. 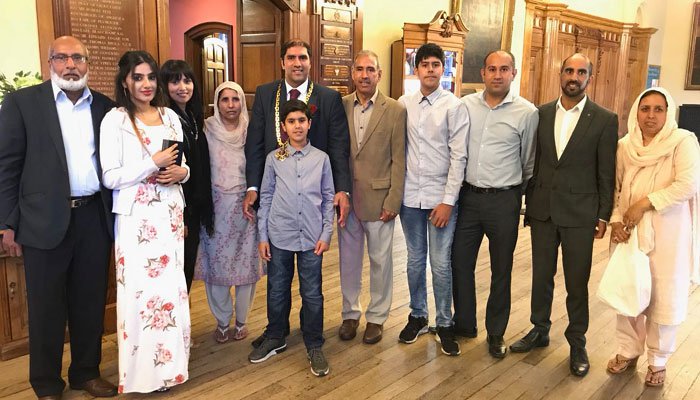 Jabbar Riaz with his family.

Jabbar Riaz isn’t the first British-Pakistani to be elected as the mayor of Worcester. Previously, Councillor Allah Ditta was elected as city’s mayor in 2004 as he won the elections from the Conservative party.

Jabbar thanked everyone who supported him during the elections and added;

My Mayoral theme this year will be ‘Love not Hate’ and it is especially fitting this year as we mark the 100th anniversary of Armistice day where people from across the commonwealth fought and died.

He continued by saying;

The Brexit vote has seen hate crime rise and attacks increase and my aim is to educate and spread the message of kindness, dispel myths and break down barriers.

Jabbar’s wife, Sajeeda Begum, told that her husband’s win is a result of his continuous hard work. She was happy about the win as she said;

It’s absolutely wonderful that as the representative of Muslim community he is now the second Muslim mayor of this city.

Jabbar Riaz’s father, Muhammad Riaz, who also served as the Councillor of the city from 2004-10 said;

More Pakistani youngsters should be encouraged to take part in local politics as their future lies in this country. Young generation should join the British political parties so they can serve this country and their community.

Jabbar aims to unite the communities by spreading his message of “Love not Hate”.