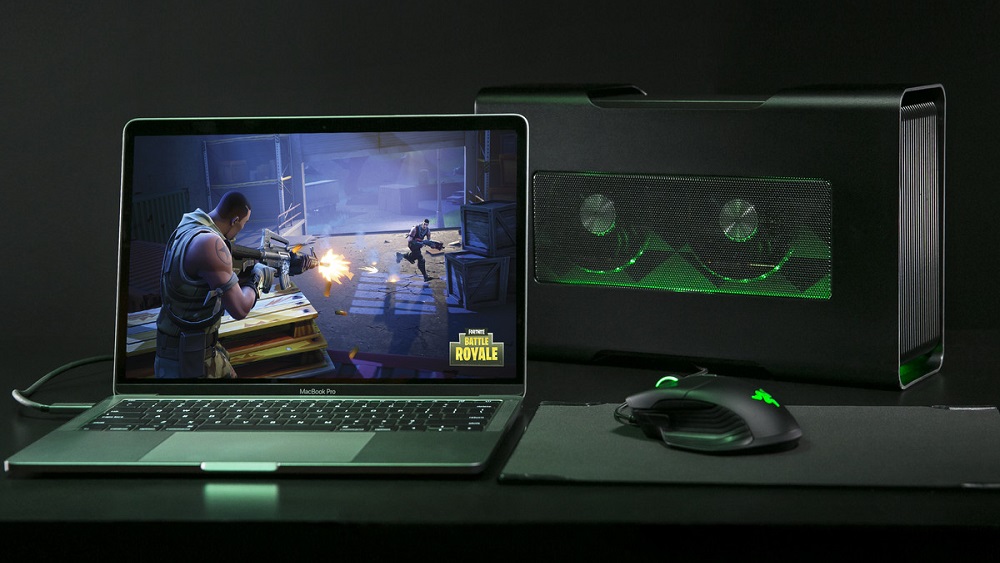 A couple of years after announcing its expensive first-generation external GPU enclosure, Razer is bringing all the lessons it has learned since that time to the new Core X.

Razer Core X uses the same Thunderbolt 3 port on otherwise thin laptops to provide the graphical power of a desktop. It has increased in size so that it can now fit one of the larger 3-slot utilizing, full-sized cards.

While the Core has always supported laptops other than Razer’s own, that was largely limited to Windows systems. However, the Core X now brings support for MacBooks too, which can be an alternative to actually upgrading your expensive machine. As a caveat, only AMD’s graphics cards are supported on those.

Just make sure you’re running High Sierra 10.13.4 (or Windows 10 if you are vested in that ecosystem). Further, you get a larger 650W power supply, which is an improvement over the 500W unit in both versions 1 and 2.

All the major graphics cards on the market are supported, going all the way up to a GTX 1080 Ti and Titan Xp, to every single Radeon card that supports XConnect.

In order to keep the price down, Razer removed 4 USB ports and the Ethernet port that we’ve seen on the previous Core.

However, these measures do mean that the Core is now more accessible than ever, starting at $299, rather than the usual $499. It is still more expensive, remember, since you need to factor in the cost of a GPU which you’ll need to slot inside the enclosure.

At least, you get the option to transform your daily driver into a handsome gaming machine once you get home.