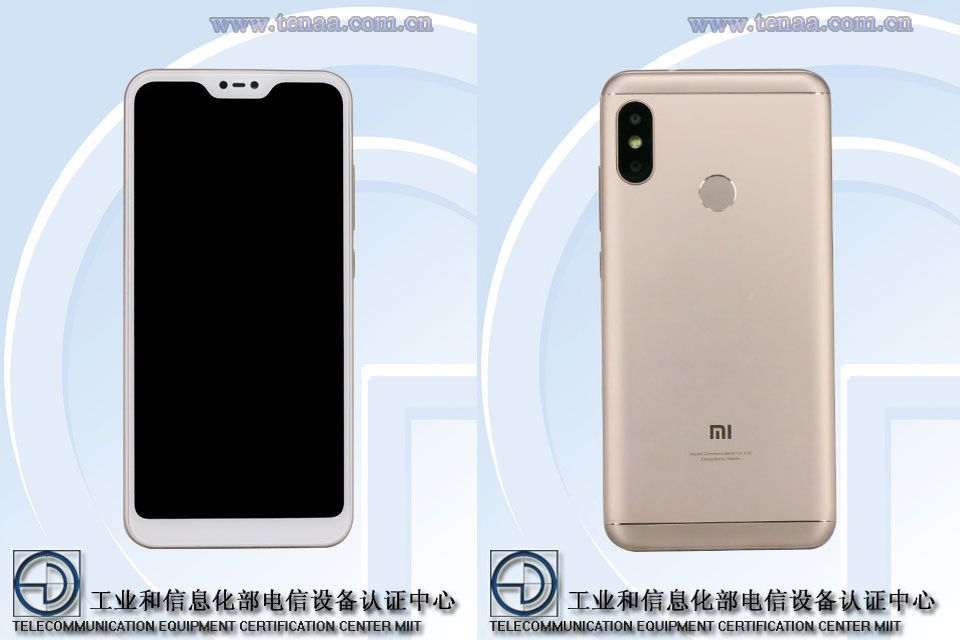 Redmi 6 has made its appearance on TENAA, it has a notched display and dual rear cameras.

Xiaomi’s notched midranger has made its first appearance on TENAA and some of its specifications have also been revealed. A previous leak revealed an interesting Xiaomi device in photos, we thought those photos were of a “M1804C3DE” device but TENAA updated its details with different pictures.

Now, TENAA has listed a new device, that goes by model number M1805D1SE with images that look just like another previous leak.

Much like most of Xiaomi’s budget range, it will have a metal build with three different RAM sizes of 2, 3, or 4 GB. Storage options, unsurprisingly, will be 16, 32, and 64 GB so we can expect it to be priced close to Xiaomi’s low-mid budget lineup.  There are dual rear cameras, with a 12 MP primary sensor and the front selfie camera can shoot 5 MP photos.

The Redmi 6 will run Android 8.1 Oreo with MIUI.

SoC is clocked at 2.0 GHz, the listing did not disclose the exact model but it might be a Snapdragon 625 because it sports a similar clock size. It will be powered by a 3,900 mAh battery, with no mention of fast charging.

We’ll just have to wait to find out, Xiaomi will hold its Shenzen event in China in which its expected to reveal some of its new devices including Mi Note 5, Mi 8, and Mi A2.

The Redmi 6 might get launched alongside the aforementioned devices on 31st of May. You can take a look at TENAA’s listings for yourself here.