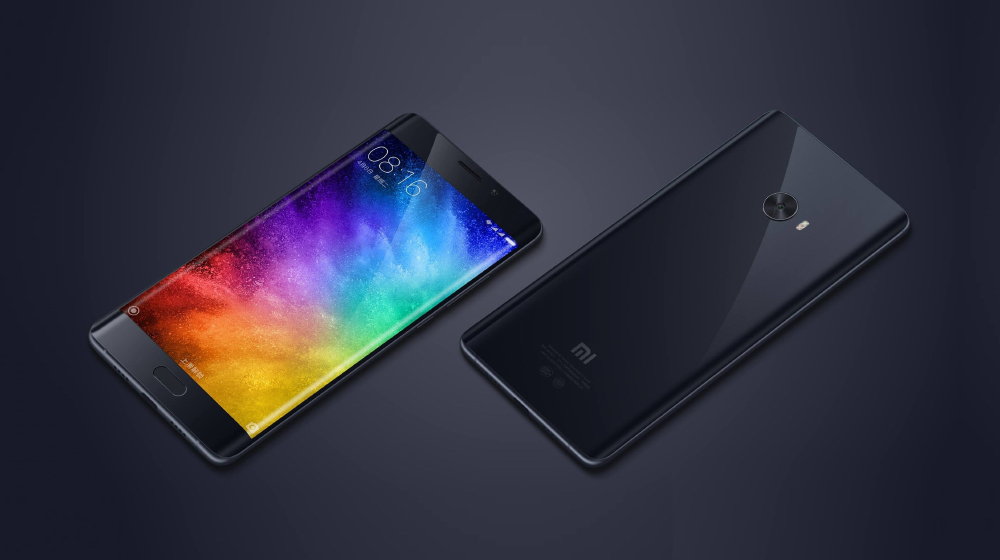 Xiaomi Mi Note 5’s price and specifications have been leaked – it has a Snapdragon 835, and comes at a bargain price.

As a successor to the Mi Note 3, Xiaomi is launching a new budget midrange device called Mi Note 5, whose price and some specs have been revealed. A leak from Eurasian Economic Commission’s (ECC) listing shows that the unreleased Mi Note 5, along with other Xiaomi Smartphones will get launched in Europe.

As the listings are fresh, we can expect it to become official soon. The company seems to be skipping a “Note 4” version and going straight to Mi Note 5. Here’s the ECC listing, 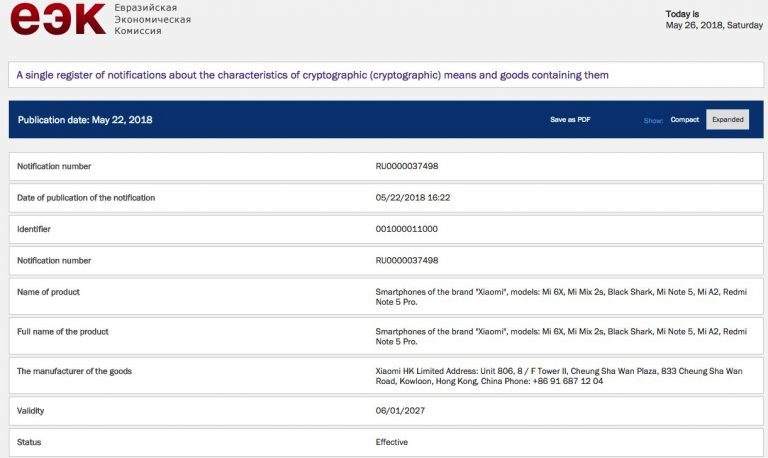 As you can see, it will get launched alongside the Mi 6X, Mi Mix 2S, Black Shark, Redmi Note 5 Pro, and Mi A2. Mi 6X was recently launched in China but just like last year, it will get an Android One version called Mi A2 that is also expected to debut in the coming days.

As it nears its potential launch date, more details about its price and specifications have become available. Another leak shows a promotional card that reveals that it will come with a 5.99-inch Full View 2.0 display and impressive internals. The “Full View 2.0” part suggests that it will have trimmed bezels, a notch is also probable as Xiaomi is also bringing this design to its phones.

Right below the first line, it reads that it will come with a Snapdragon 835 – which was present in last year’s flagships – so we can expect flagship-grade performance in the Mi Note 5. Alongside, there’s 6 GB RAM, 64 GB storage, and an impressive 4-axis optical stabilization for the camera. 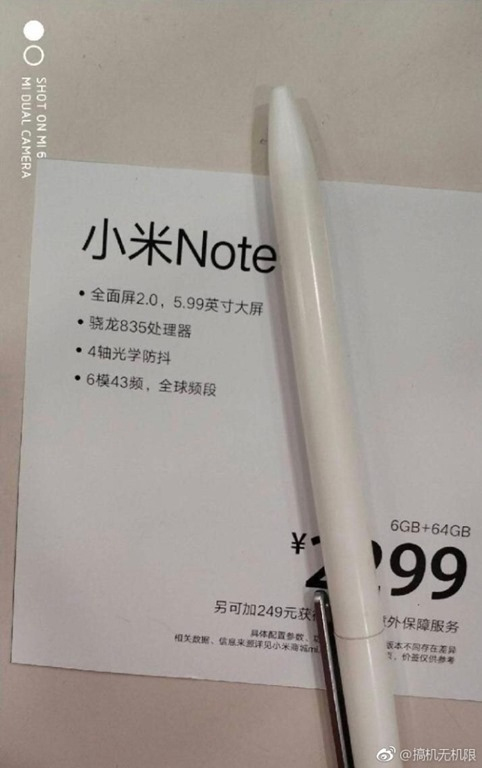 Lastly, it is highly likely to get an international launch as it supports 43 different LTE bands for different countries. But the most exciting part is its price, the card suggests it will cost CNY 2299 (~Rs. 36,500), that is quite impressive for a Smartphone with these specifications.

Xiaomi is holding an event in China, called the Shenzen event, on May 31st. Xiaomi Mi Note 5, along with the Mi 8 and MIUI 10 are expected to be launched at the event.