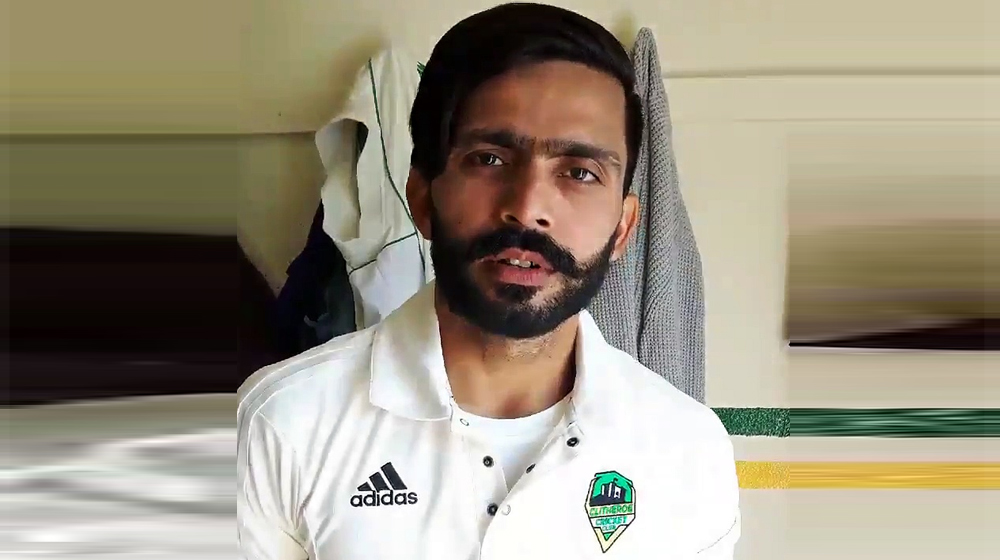 Fawad Alam, after being rejected from Pakistan’s national team, joined Lancashire League and has been representing Clitheroe.

In the latest match, Clitheroe faced Nelson, and Fawad Alam delivered a match-winning performance with both ball and the bat.

Clitheroe won the toss and elected to bat first. After a solid start, Fawad came to bat at no. 4 and struck 52 from 51 deliveries which included 4 boundaries and 1 maximum.

Click here for match report between Clitheroe and Nelson

Fawad was given the ball in the 13th over and he immediately found a breakthrough and sent the opening batsman David Crotty to pavilion for just 23 runs.

From his 11 overs, Fawad managed 5 wickets and gave away only 38 runs. His bowling figures also included 2 maiden overs.

This performance from Fawad earned him the man of the match award. Not only that, it again sparked debate over his non-selection on the social media.

Some argued that he would have been the ideal fit for Pakistan especially now since Babar Azam has suffered a fractured arm and will not be able to participate further in the on-going Test match series with England.

His expertise as a lower-middle order batsman could have come in handy along with his bowling, which clearly is an added benefit as Pakistani pacers seemed to have been found struggling at times.

However, Fawad’s fate still hangs in balance and only time will tell.