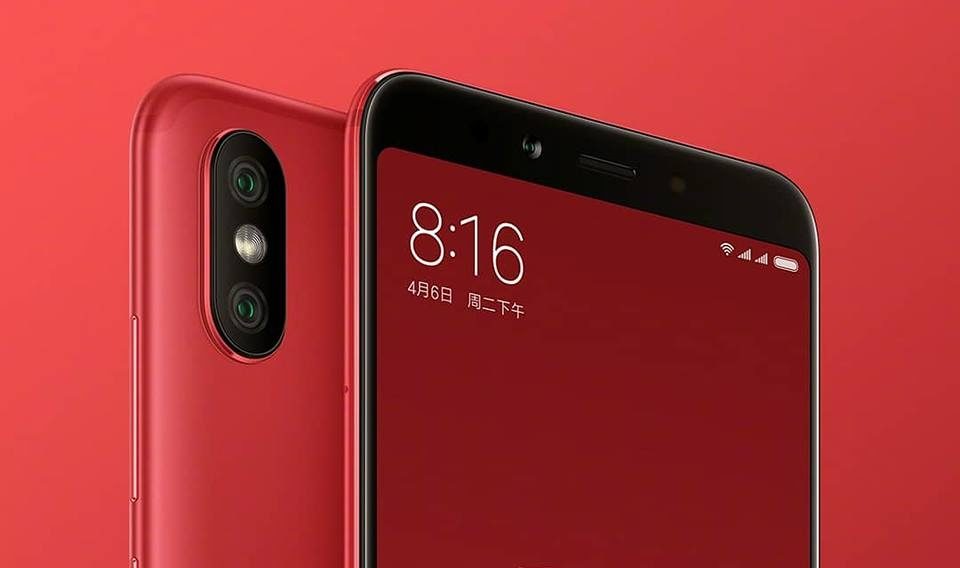 Xiaomi lowered the price of Mi 6X’s 32 GB even further, to celebrate its 8th Anniversary.

Xiaomi has now unveiled a new model, the 32 GB version, that initially cost CNY 1500. But as part of the company’s 8th Anniversary celebrations, Xiaomi has lowered the price even further, which means that the 4/32 GB version of the Mi 6X will be available for purchase at CNY 1400 (~Rs. 23,000).

Here is an official promotional poster, 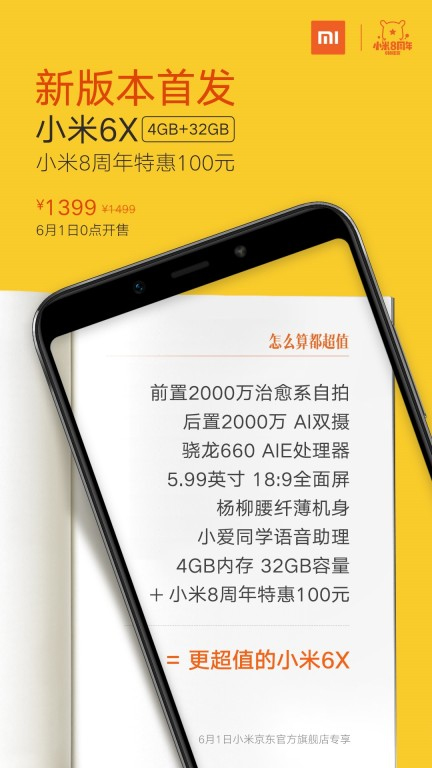 Best Price For a Midranger?

The best part? Rest of the hardware stays the same so you can expect great performance and camera features in a relatively cheaper midranger. The Mi 6X falls in the upper mid-range category, it runs the Snapdragon 660, has impressive dual cameras, AI-powered photography, and a gigantic FHD+ display with trimmed bezels.

One problem though, there’s no microSD slot so you should consider this before going for the 32 GB version. Now we don’t know if Mi A2, Mi 6X’s Android One version for the international market, will get this new variant and price offer.

Mi A2 still has not been launched in Pakistan, but do note that Mi A1’s 32 GB version costs just Rs. 22,000 so its successor’s 32 GB model might also get priced close to it in the future.

Anyway, if you live in China you can still reserve a Mi 6X unit for you by clicking this link. The website, for some reason, still shows as CNY 1500.