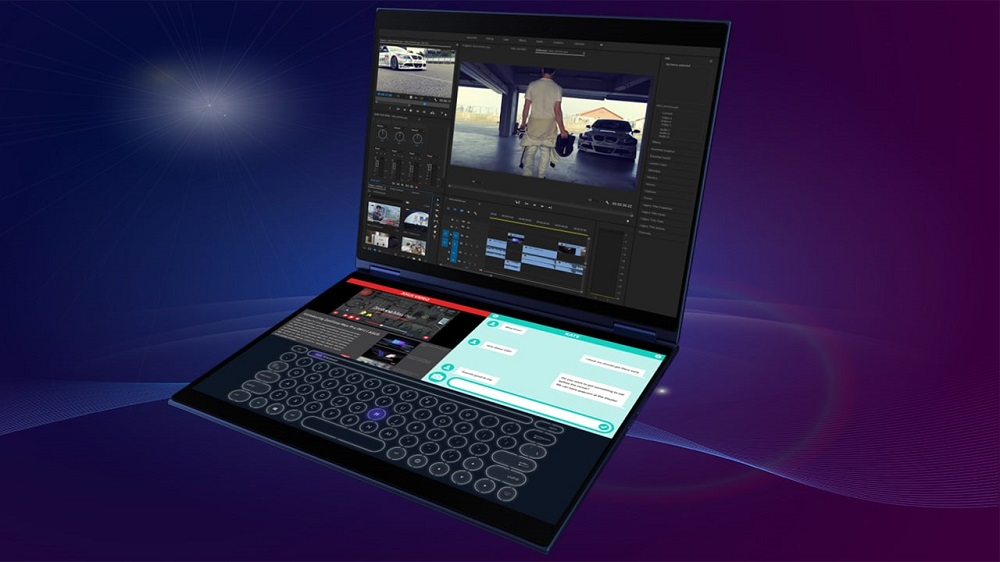 You may have heard of two-in-one convertible laptops, but you may have never heard of a laptop with only screens.

At Computex, Asus just showed a glimpse of the future of computing, and it has two screens. The new Project Precog concept weaves AI learning into the machine, which is nothing but two screens attached to each other with a hinge.

Because of its convertible hinge, you can use it in a variety of modes you expect to use a hybrid in. including laptop, tent, tablet, and stand. However, it can also be used as a desktop with both the screens kept in portrait mode, by attaching additional accessories. The Taiwanese company also gave it one of its trademark polished metal finishes, which gives it a highly-premium look.

The major piece of the puzzle is the deeply-interwoven AI features of Project Precog. It knows when to slow down functions in order to save battery, can instantly turn on drawing mode when it detects stylus, and automatically shuts down the keyboard mode when work is over.

It has face and voice-recognition and knows where your hands are at any point in time.

Asus is mum on the hardware and specs front for the machine, which is expected given it is still under development. However, it did mention that it is keen to prevent Project Precog from turning into vaporware.

One certainly hopes that the execution of virtual keyboards is better than one which we have seen in Lenovo’s original Yoga Book.

Project Precog is set to arrive in 2019, hoping to shape the future of computing with more than a little help from its AI friend.