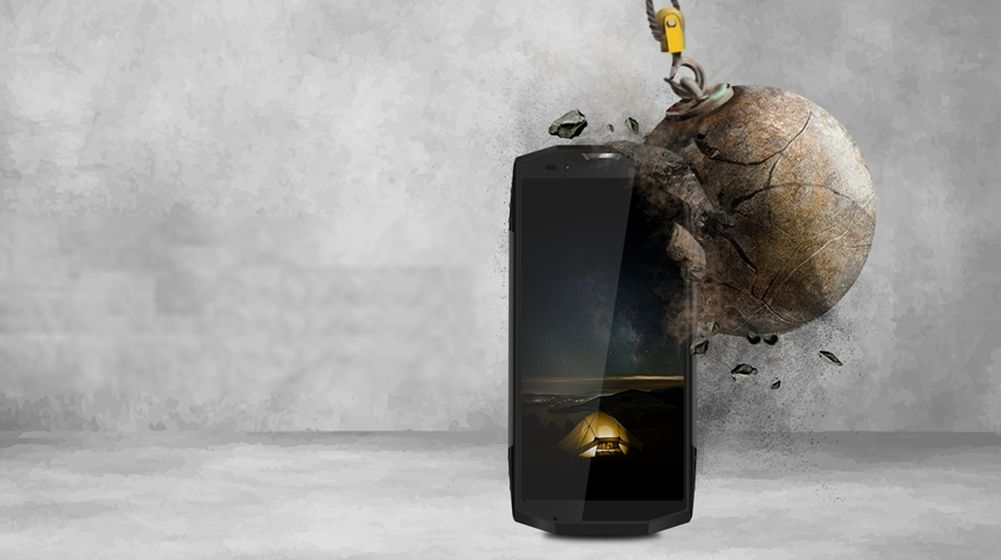 Is this really the most “indestructible” smartphone on the planet?

Blackview, a Chinese company, has manufactured what it claims to be some of the sturdiest Smartphones on the planet. The company unveiled its latest addition, called the BV9500 Pro, saying that the new smartphone is “indestructible”.

The phone will be crowdfunded on Indiegogo’s website, customers who participate in the crowdfunding will get 20 percent off when they order the BV9500 Pro.

Blackview’s claims are not actually just talk, the BV9500 Pro might really be the most sturdy smartphone manufactured so far. It has been reinforced by industrial rubber and aviation grade aluminum alloy. As you’d expect, it also has IP68-certification for water and dust resistance by up to 30 minutes and 1.8 meters underwater.

Blackview has published a video containing various tests in which the BV9500 Pro is seen getting tossed from different heights, frozen in ice, smacked with rocks, and whatnot. See for yourself,

Blackview says that the phone can also survive in extremely hot temperatures, so it’s an ideal partner for adventurers or people who want a truly durable phone for harsh environments. It’s also waterproof, dustproof, and also shock resistant so it is sure to last much longer than other smartphones.

Unlike most phones that fall in the same category, the BV9500 Pro actually has decent hardware. A MediaTek MT6763T SoC powers it, and works in pairs with 6 GB RAM. Internal storage is 128 GB, these are high-midrange specifications.

The 5.7-inch display panel is impressive too, it has an FHD+ (1080 x 2160) resolution and has a tall 18:9 aspect ratio, in line with today’s smartphone trends. Not just that, it houses a massive 10,000 mAh battery so it’s an ideal device for your trip to remote areas.

It also has 12V/2A wireless charging, this feature is usually seen in expensive midrangers or flagships. The dual rear camera set up consists of 12 MP Sony shooters, along with a front-facing 13 MP camera made by Samsung. The software is Android Oreo, with minimal proprietary bloatware.

Check out Indiegogo’s website, that contains all the details related to Blackview products and its crowdfunding campaign.