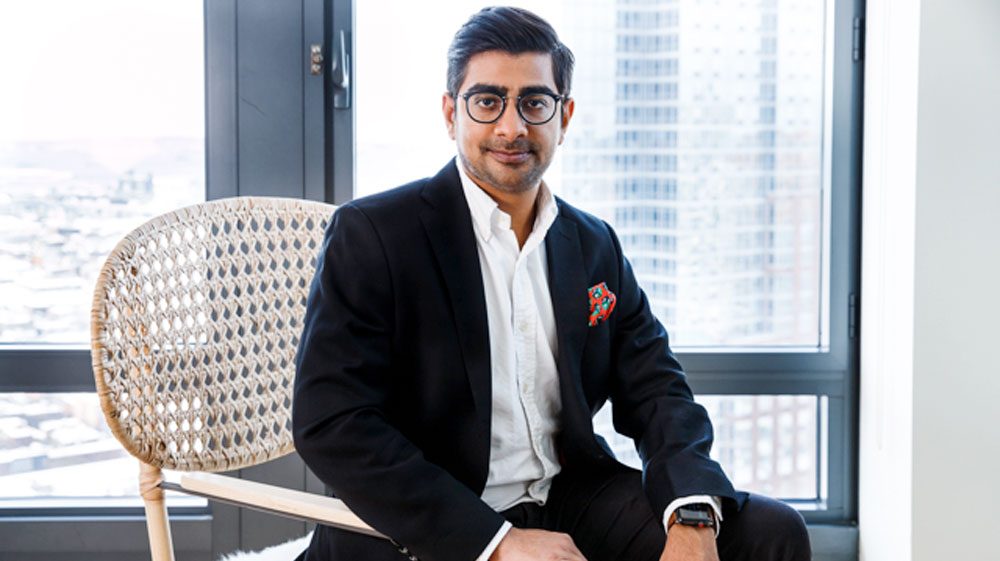 Shan Rizvi has always dreamt big. And now, at only 29, he is making strides that are turning heads. His journey stands tall on the clichéd but timeless foundations of hard work, smart work and grit: from being adamant about pursuing higher education abroad, despite his limited resources; to figuring out his creative pursuits and then fighting to establish himself in that direction; to eventually spearheading technology startups around the globe and emerging as a promising young entrepreneur – he has pushed his agenda every time the world said ‘no’.

Today, he does what he loves: solving problems using technology. Having co-founded and funded commercially successful startups like Pencil News and Just Ads with investors based in Sweden, Rizvi has crafted for himself a platform where his vision is both seen and shared by others.

But like the protagonist of every success story, the odds were not always in his favor: self-doubt, unemployment and visa rejections not only added a twist to his plot, but also kept him grounded.

“It has been a long journey,” agrees Shan, “with several obstacles and lessons along the way. I have learnt from the risks that I have taken and fortunately, it has worked out well so far.”

Shan’s story begins rather inconspicuously with a young pre-teen who was fascinated by computers. “I could send emails from any address and bombard an inbox with hundreds of thousands of emails,” laughs Shan. “From embarrassing pranks to awards in international competitions, it was evident that I was very comfortable with technology.”

And yet, Shan felt both disinterested and disenchanted when he studied Computer Science at school. Perhaps it was the confines of the course structure that compelled his curious mind to try something he had not experimented with before: business. Itching to do things differently, Shan decided to move abroad, studying towards a Bachelor’s degree at Aalto University in Finland, where education was free. However, receiving no job offers upon graduation, he chose to tweak his journey and pursue a Master’s degree next.

To his delight, he was accepted into both London School of Economics (LSE) and the Stockholm School of Economics (SSE), and chose the latter because it involved zero tuition fees despite comparable quality. “The seductive prestige associated with LSE admittedly tempted me, but SSE was just the better deal, much better deal…” Shan says.

After a year in Stockholm, he spent a semester each at Rotterdam School of Management and ESADE Business School, Barcelona. While the experience was instrumental for his personal development, job prospects continued to remain bleak: European employers understandably require proficiency in at least one business language other than English – a glaring hurdle Shan wasn’t ready to overcome.

Upon graduation, he finally received a job offer from Singapore – his first. However, much to his dismay, the move ultimately failed to materialize due to visa issues. The same company then offered him a job in Stockholm, but it was rescinded a few weeks later because of restructuring.

“It was a difficult time,” says Shan. “For three weeks, I panicked and imagined what it would feel like to be deported after failing to secure a job within three months.”

Luckily, a friend suggested a company specializing in ad tech start-ups, which had been looking for ‘fresh talent’. It seemed like a good match for Shan’s abilities and within two weeks, he was hired. Over a span of three years in the company, Shan gained first-hand exposure to online marketing and ad technology.

“Product management, the art of managing the development of a software product, felt like an intuitive next step,” says Shan. “I wasn’t very hopeful, though, because no product manager in the company’s brief history had survived long and the role seemed politically contentious and more tailored for engineers. I felt that my chances were thin – until a London-based Vice President of Product Management was brought in. Realizing our mutual gains towards a common goal, I approached her instantaneously.”

However, six months later, with his transition into product management still pending due to a hiring freeze, and rumors of post-acquisition layoffs poisoning company morale, he realized it was time to move on.

As luck would have it, Shan applied to, and was rejected for, the only two job positions he had in mind. However, it was in the lap of these trying times that he found option B staring at him in the face: his biggest client from his current job, seeking someone with his level of expertise, decided to offer him a consultancy contract.

He clinched the deal in 2015 on what he describes as a ‘balmy summer day in Stockholm’. “I sat in a conference room with my biggest client, one of the largest online advertisers in Sweden, signing a written contract before company registration was even complete, just because I could not believe it…”

Reaching for the stars

Shan needed a minimum capital of $5,000 to register the limited company. Due to lack of savings and existing personal financial commitments, he ended up borrowing the sum from a close friend, and an additional $5,000 from his own bank. He breathed a sigh of relief when the loans were paid off within a few months; finally, he could think about the road ahead.

“It was becoming quite clear to me that I could find more clients that required similar services and earn significant revenue,” says Shan. “The question was: do I create another agency to milk the cow, or use the existing revenue to craft a technology start-up and maximize the yield per cow?” He quips.

Shan sought out engineers from around the world, including Pakistan, to build low-cost prototypes for app ideas. Despite hailing from Karachi, his search for engineers in Pakistan was more focused on Lahore due to its soaring technology climate; it was also the perfect opportunity to wade uncharted waters – an old habit that wasn’t yet ready to die. He often sought out experts in the city, traveling to Lahore several times and interacting with various entrepreneurs, software developers and researchers. And so, over a period of two years, Just Ads and Pencil News were born.

He makes one important observation: “Someone in Karachi asked me why I couldn’t find the same engineers there. It was a seemingly innocent question, but I sensed the sociopolitical undertone. My answer was truthful: the decision was very natural and intuitive, but now that you mention it, we have got to start thinking beyond these petty tribal lines; it is imperative to conquer the world (metaphorically) and then space, not each other.”

One move snowballed into another, and the contacts he had forged over the years became his business partners, helping him rope in foreign investment to Pakistan. “The CEO and CMO of Flightmate, that first client, are my co-founders, investors and board members in Just Ads. And the friend who had lent me that all-important $5,000, back when I was starting out, is a co-founder in Pencil News,” Shan reveals.

Before we hang up the video call, I ask him to show me where he works from. He gives me a quick tour of his studio apartment, quite clearly inspired by Swedish design and minimalism. I did not see a dining table, or a sofa, or a dresser, but what I did see was a warm burst of natural light, flowing in from two walls made of floor-to-ceiling glass.

“It’s a small apartment, especially given that I’m married, but I am not a fan of clutter. I also like the idea of waking up to a formidable view of the Statue of Liberty, with sunlight pouring in. Life is all about tradeoffs.”