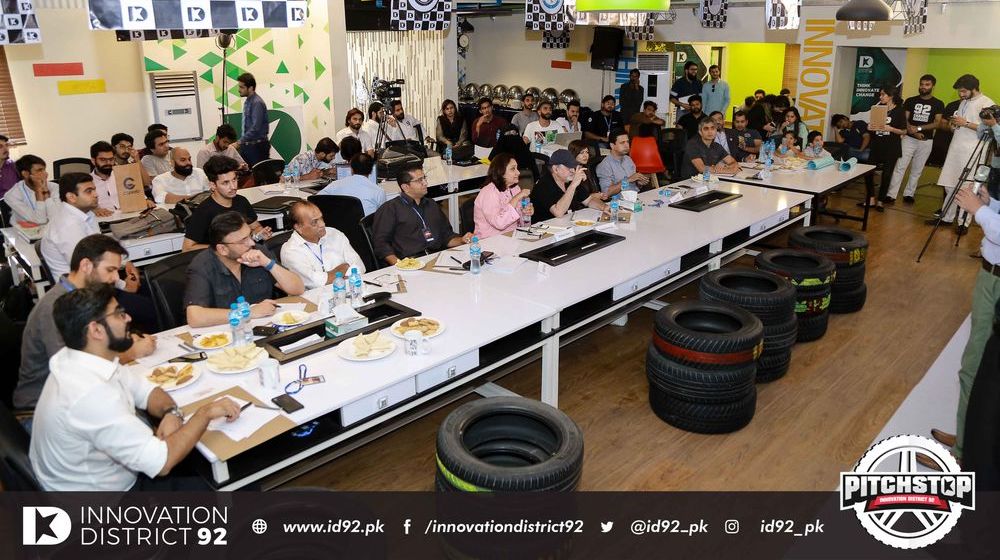 Innovation District 92 has selected 7 startups out of a total of 100 shortlisted ones, which made “Pitch Stops” to impress judges at an event on 20th June, 2018.

100 shortlisted startups out of a total of 600 applications were invited on Pitch Stop Day 1 to impress the panel of judges from different industries. They were given only two minutes on the floor.

The all day long elevator pitches, which were divided into 3 panels, resulted in selecting 25 startups, who were given the ticket to Pitch Stop day 2 and 3 known as IDEATE Workshops.

IDEATE workshop and Pitch stop are the steps involved for startups induction at Innovation District 92. These IDEATE workshops mix the wealth of innovative ideas and diverse perspectives with the active building tools of resources and collaborations, resulting in shortlisting the candidates chosen for the “Ultimate Pitch Deck”.

E = Engineering part of the startup – the business model

A = Art of the startup – branding, and marketing

E = Enthusiasm – the passion/drive and the communication skills

By the end of each workshop, the startups were marked by the judges against the activities conducted hence by the end of these IDEATE workshops the scores allowed them to rank the top fifteen entrepreneurs who entered the third phase called the “Pitch Stop”. 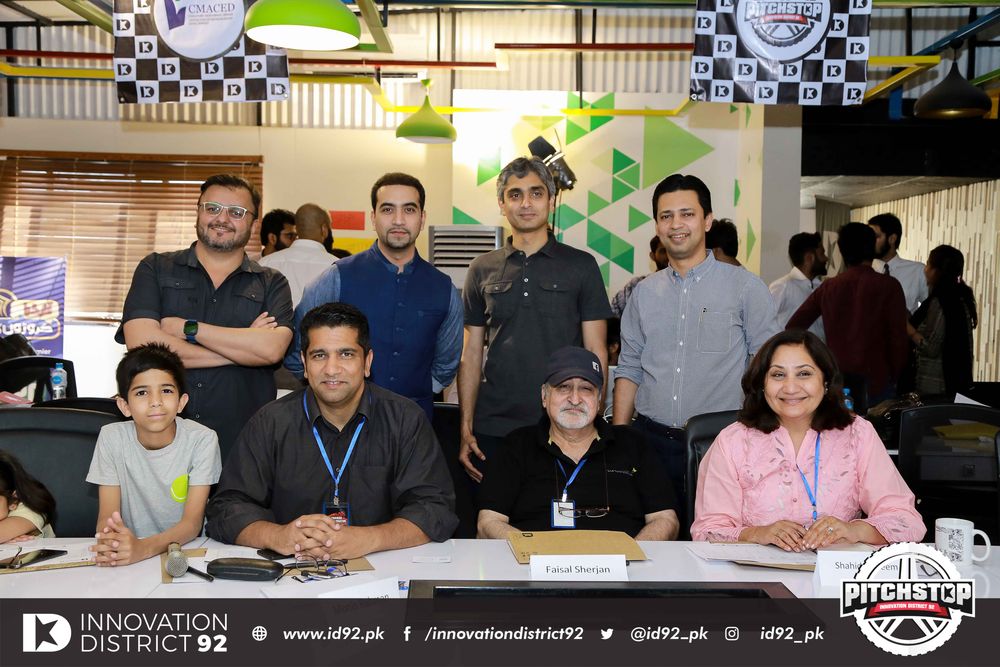 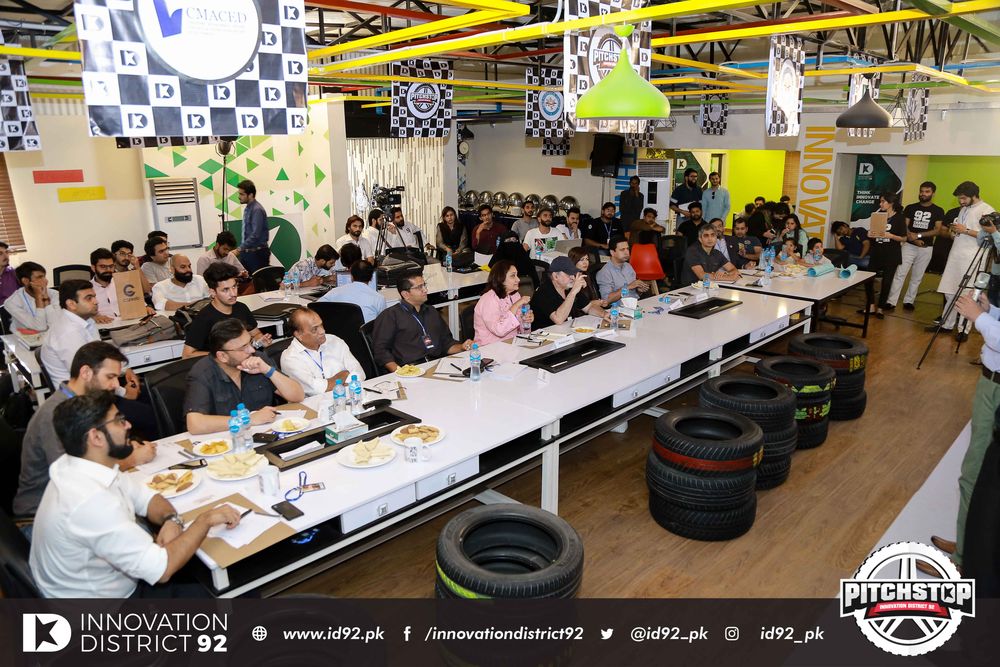 IDEATE’s first workshop was held by Talal Burny from Careem and Shahmir Khan from Travly who helped the startups give shape to their business model.

The second workshop, held by Usama Tauqeer from AClan, was a workshop where he challenged startups to redesign their logos and campaign in order to support and empower women.

The third workshop was hosted by Wajahat Iqbal from SolutionsAhead on the second day of IDEATE workshop. He gave the workshop on the Technical part of a startup’s idea where he judged the teams on their skill set and helped them develop their prototype/mockup.

The last workshop was hosted by Haseeb Khan on the enthusiasm part of the IDEATE workshop which was an activity based workshop where the air was filled with passion and love for entrepreneurship. The startups presented their pitch with utmost energy and creativity. This marked an end to the IDEATE workshops and the 15 shortlisted startups advanced to the Ultimate Pitch Deck – The final Pitch Stop.

This pitch stop is where entrepreneur’s idea entered the spotlight zone and the startups were given the chance to present them in front of a panel of industry experts including Mr. Salim Ghauri from Netsol, Mr. Abbas Yousafzai from YotaScale, Mr. Suneel Munj from Pakwheels, Mr. Badar Khushnood from Bramerz, Ms. Amna Nadim from Earthryse, Mr. Faisal Sherjan from NIC Lahore, Mr. Qaiser Ansari from Pantera Engineering, Ms. Shahid Saleem from Impact Network, Mr. Monis Rehman from Rozee.pk, Mr. Saad Idrees from Daftarkhawan, Mr. Fouad Bajwa from BDM Biotechnology and Mr. Rabeel Warraich from Sarmayacar.

The show was hosted by Mr. Haseeb Khan, the famous actor and Mr. Salim Ghauri opened the event, Mr. Faisal Sherjan motivated the entrepreneurs midway while Mr. Monis Rahman closed the event. Each shortlisted idea was presented for 7 minutes followed by 3 minutes of question answers.

This was the last stop before the judges selected the finalists that were incubated for a six-month-long cycle, located in the heart of Pakistan; Lahore. The shortlisted startups were:

The judges present at the event had the following reviews about the event:

Today’s event was electrifying! So many passionate entrepreneurs. These are our future heroes. ID92 will give these budding entrepreneurs access to the best mentor network that Pakistan has to offer at the right time.

It is wonderful to see the quality of pitches that ID92 has been able to showcase. It is a wonderful start and I look forward to continuing our interaction with the incubatees.

ID92 team has loads of experience and the quality of the Pitchstop event today is a clear evidence of it. Helping Nabeel and his team select their first batch is an honor.

I am really impressed with the overall setup! A very well organized event. The quality of pitches are also impressive and an even more impressive panel of judges.

As always, it’s a great experience listening to ideas from young energetic people. I believe they need a little bit of guidance and hand-holding to take it to the next level and we all are here to help with that!