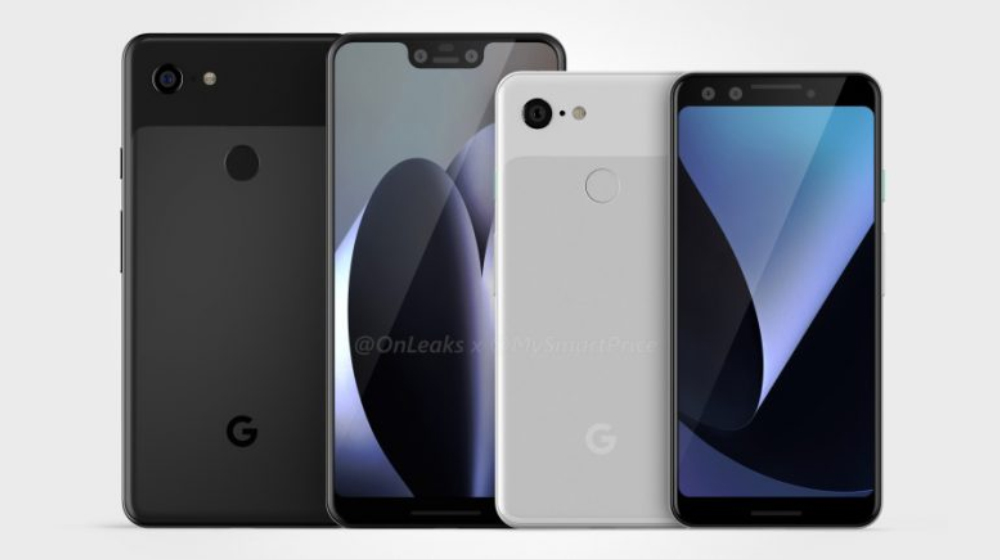 Google’s upcoming 2018 flagship, the Pixel 3 duo, is nearing its debut somewhere near October. The lineup is quite popular in the smartphone world mainly due to its brilliant cameras and premium build.

Here comes your very first look at the Google #PIXEL3 + a fresh new look at the #PIXEL3XL! (360° videos + gorgeous 5K renders + dimensions (as usual, based upon factory CADs)), on behalf of @mysmartprice -> https://t.co/tnW2qMmgRG pic.twitter.com/q6fasFiVP6

We don’t need to wait for its launch to get a look at it, CAD renders have already emerged on the web as well as 360-degree videos that show the upcoming Pixel 3 and Pixel 3 XL’s design. The larger Pixel 3 XL has a notched display this time, while the Pixel 3 stays notch free with slightly smaller, but still chunky, bezels.

According to rumors, the Pixel 3 is going to have a smaller 5.4-inch display at an 18:9 aspect ratio – meaning the bezels have been trimmed to support the taller display, however, not so much. Unlike most Smartphones that entered the market recently, the Pixel 3 seems to have larger top and bottom bezels in comparison but on an overall compact, slim footprint.

Additionally, there are no dual cameras on the rear and Google seems to be sticking to the good old single lens setup. Interestingly, the company might be going for dual cameras on the front instead, probably to enhance facial recognition features and portrait mode selfies. Just like the predecessors, there’s no headphone jack this time either. It is expected to measure 145.6 x 68.2 x 7.9mm.

Now on to the interesting one, the Pixel 3 XL this year is going for an iPhone X-aesthetic, featuring a notch on top housing a similar dual camera set up on the front. The bottom chin is fairly large, but the edges are significantly narrower. Display size is rumored to be somewhere near 6.2-inch, with an aspect ratio of 19:9 because of the notch.

Both Pixel 3 and 3 XL have a rear camera bump, and if we account for it, then both phones are 8.6mm thick. Google seems to be going for pocket-friendliness this time which is why it made both phones compact this year. The Pixel 3 XL, according to rumors, measures 158 x 76.6 x 7.9mm.

Both Pixel 3 and Pixel 3 XL should come packed with a Qualcomm Snapdragon 845 – which is the standard flagship SoC for this year – on top of at least 4 GB RAM. The larger Pixel 3 XL might come with 6 GB RAM instead, but that’s all we can say for now.

Check out more specifications of the Google Pixel 3 and Pixel 3 XL here.

Via MySmartPrice and OnLeaks