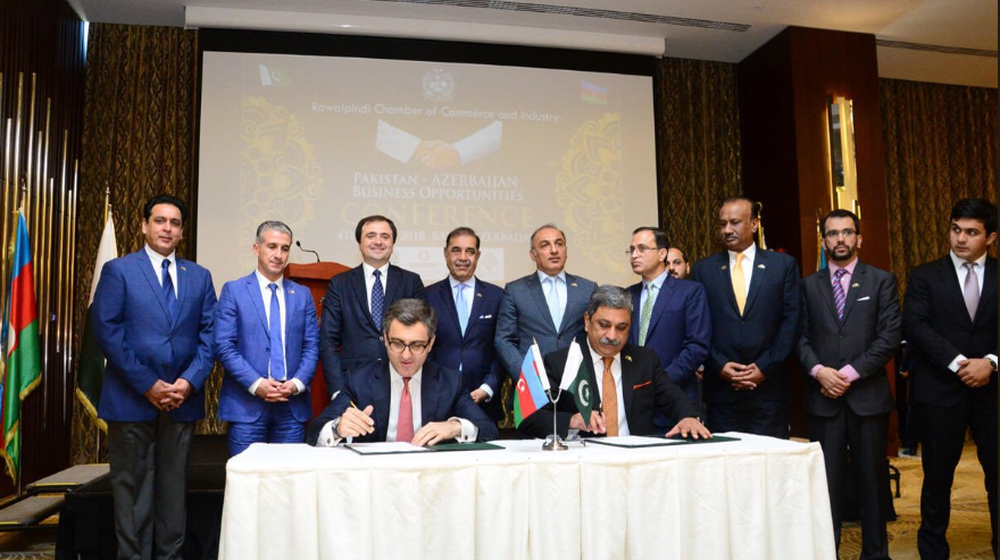 The Azerbaijani Ambassador to Pakistan, Ali Alizada, has said that direct flights between the Pakistan and Azerbaijan will be launched soon.

The continued efforts of the two countries’ embassies to realize the dream of direct flights will bear fruit within the next year, said the Azerbaijani Ambassador.

The move became possible following the increased number of Pakistanis visiting Azerbaijan along with a greater trade turnover in the recent years. Azerbaijan saw a six-fold increase in the influx of Pakistanis in the year 2017.

According to the Azerbaijan Press Agency (APA), the first quarter trades between the two countries have also increased.

Talking to the media on July 4, Alizada told that the Pakistani companies are interested in direct flights between the two nations to facilitate more business opportunities. A huge number of opportunities await the businessmen community of the countries and direct flights can pave the way for a strong bilateral trading bond between Pakistan and Azerbaijan.

Earlier today, a Memorandum of Understanding (MoU) was signed between Rawalpindi Chamber of Commerce and Industry (RCCI) and Azerbaijan Export and Investment Promotion Foundation (AZPROMO) at Azerbaijan-Pakistan Business Opportunities Conference in Baku aiming at ‘facilitating the works of businessmen of both countries & assist the promotion of business opportunities’.

The MoU was signed between #AZPROMO🇦🇿& #RCCI🇵🇰 in Baku within the framework of #Azerbaijan– #Pakistan business conference. Mutual cooperation and partnership will further facilitate the works of businessmen of both countries & assist the promotion of business opportunities. pic.twitter.com/WPwiUBJGI9

With more than 600 people from the two countries attending the conference, the mutual benefits of such events cannot be undermined.

Successfully held Azerbaijan-Pakistan #Business #Opportunities #Conference and B2B meetings in #Baku, #Azerbaijan, with participation of more than 600 participants from both sides together. I believe that we will see results soon. pic.twitter.com/T9GvaeE5fF