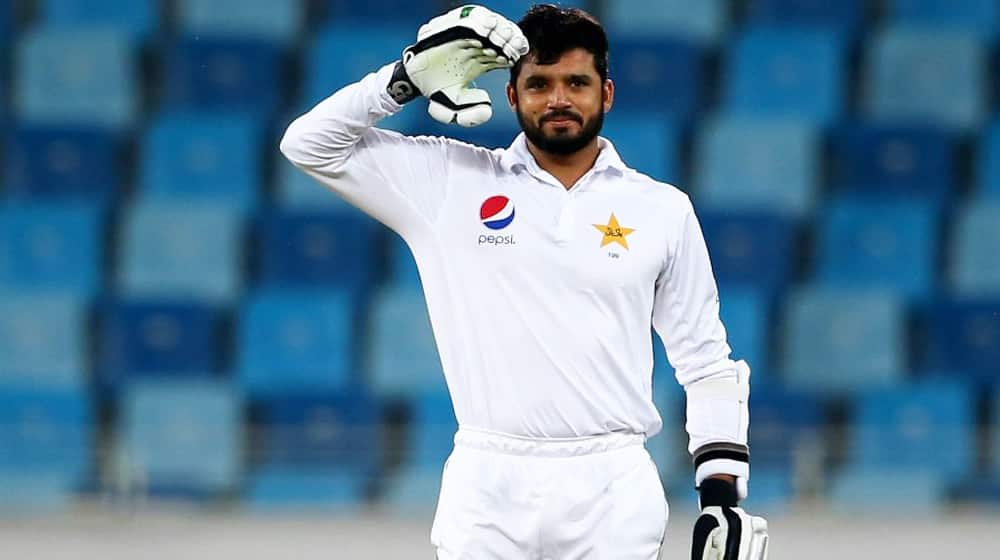 Azhar Ali has enjoyed a stellar outing on his debut for Somerset, handing his team a victory with a century in the second innings against Worcestershire in Division One of County Championship.

The test batsman scored 37 in the first innings and 125 in the second innings while building a healthy lead for his side. His knock included 13 fours and 2 sixes, setting a target of 443 runs for Worcestershire in the last innings.

Worcestershire opted to field first after winning the toss as the away side scored 337 while Worcestershire were all out for 257, conceding a lead of 80 runs. Building on the lead, Somerset declared on 362/9 with Azhar Ali being the last wicket to fall.

The 33-year old managed only one half-century in 3 matches during the tour to England and Ireland earlier this year and the century is something that he can ‘build on’.

I really enjoyed batting out there and it was really pleasing to get some runs in the first game and hopefully I can build on that.

The positive aspect of his innings was his aggressive batting style, scoring runs at a good rate. He scored 125 off 188 balls at a strike rate of 66.48. 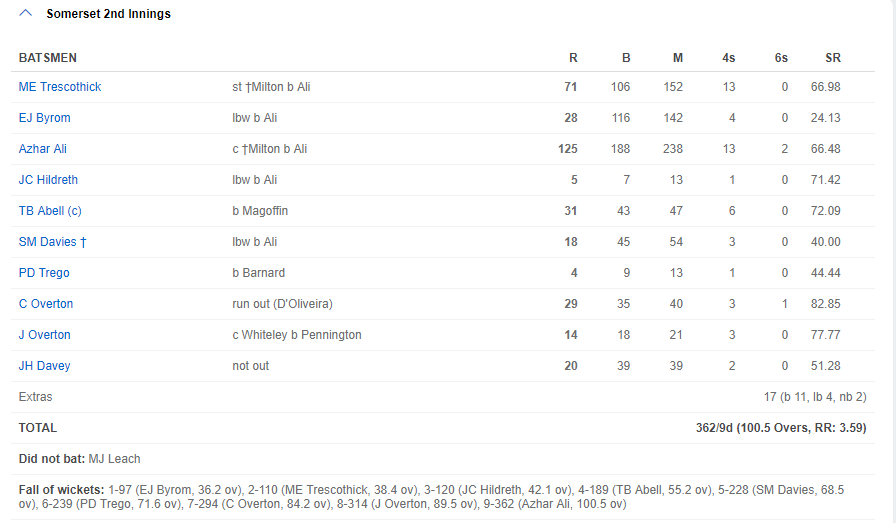 Somerset’s next outing is against Essex on August 19. The win meant that the county jumped to second place with 4 wins from 8 games, second to Surrey.