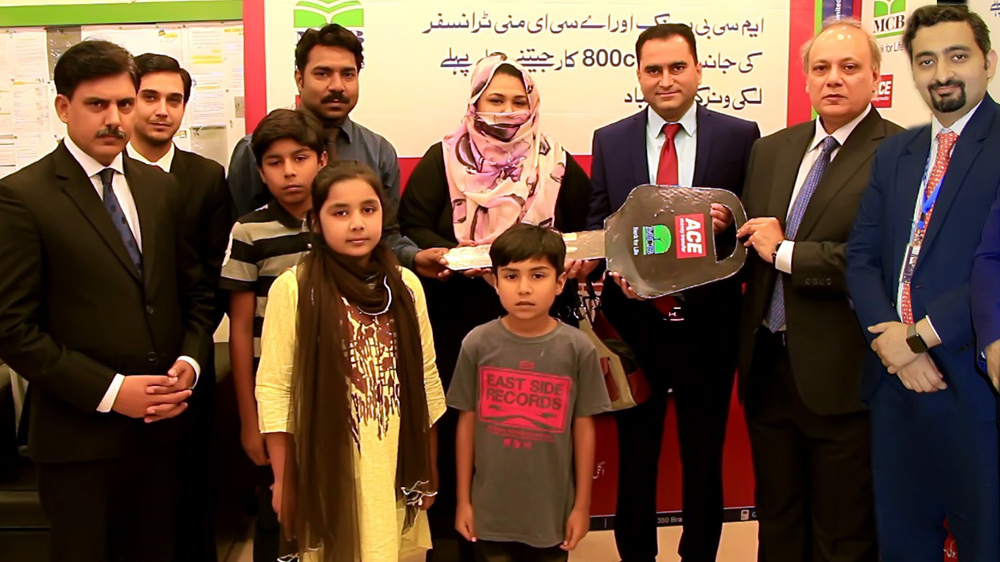 The campaign is divided into three stages, where one lucky winner at the end of each stage is eligible to win a Suzuki Mehran via a lucky draw.

To commemorate the first stage of the campaign, a prize distribution ceremony was held at MCB Chenab Nagar Branch where the senior management of MCB Bank and ACE Money Transfer presented the key of a brand new Suzuki Mehran to lucky draw winner, Razia Parveen, from Chiniot.

MCB Bank and ACE Money Transfer’s promotional campaign aims to encourage the use of formal banking channels for remittances made by Pakistanis abroad.

The campaign is targeted towards beneficiaries in Pakistan who are receiving remittances from ACE Money Transfer through their loved ones at MCB Bank branches in Pakistan. The second lucky draw will take place after Eid-ul-Azha