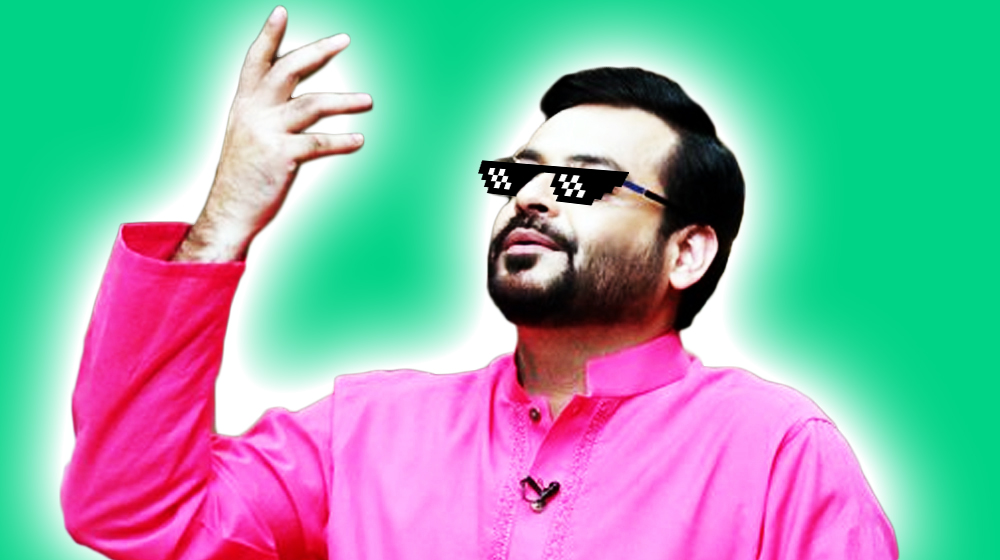 With the polling day over and results coming out, Pakistan Tehreek-e-Insaf (PTI) looks in a strong position to form the next federal government.

There’s no doubting the fact that Pakistani youth made their voices heard in this election, either by using the power of their thumb or by expressing their views over social media. Be it fierce political contests between rival candidates, or the general mood of the voting public, one thing is for sure. This election season brought some great memes and social media reactions from Pakistanis online.

General Election 2018: Finding Out Why RTS Failed, Its Impact & What’s Next For Pakistan

Let’s have a look at some of funniest reactions by the Twitterati.

Where there’s Aamir Liaquat, there’s controversy. His candidacy has been a divisive one, with both his supporters and detractors having a lot of thoughts regarding his win:

In all of this, I'm just glad Rana Sanaullah lost and will not be in the assembly. That made me happy and then I saw Amir Liaquat winning. There goes the happiness… #ElectionPakistan2018

For many voters, some incentives were too good to pass up on:

Right now Espresso is more crowded than some of the polling stations. pic.twitter.com/tH3YUlA4RY

And then there are some tweets that haven’t aged well…. or have they?

The wait for the election results was a huge story in itself. Just like the recently concluded Football World Cup:

There were some popular culture references thrown around as well:

We all need his confidence.

I put my thumb online. Did you?

The jokes keep coming in:

As do the prayers as well:

There was no shortage of cricketing terms thrown around on social media to describe the excitement of the day:

First of all, thanks to Allah … Boys played well! #ElectionPakistan2018 #PakistanElections2018 #GE2018

The race for Biryani?

Today should have been off.

Can we have a Rana Sanaullah vs Aamir Liaquat fight-to-the-death in the first parliament session? Trial by combat let aao, inka aur koi hal nahi

After Sacred Games, here is the Game of Thrones.

Just asked someone to explain Pakistan elections to me and pic.twitter.com/fRbWQxR9tD

My account was hacked by Abid Sher Ali . He was behind all those tweets made against PTI . Just got my account recovered . #NayaPakistan

Not for marriage, of course.

Disclaimer: These memes are intended for light-hearted purposes only and are not meant to hurt political parties or individuals.

Got some memes or reactions that we missed out on? Let us know in the comments below.