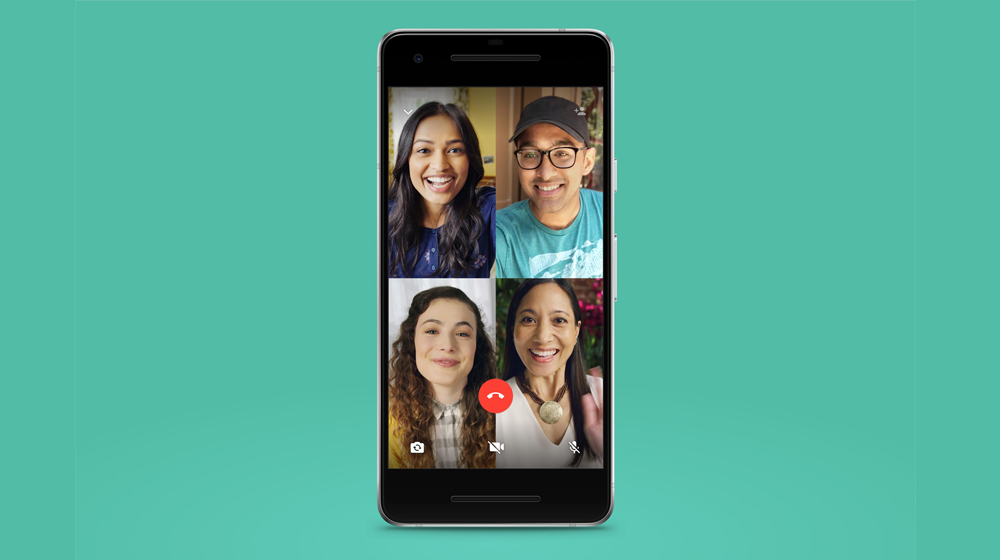 The feature was already available in the app’s beta version, as the company was still testing it, but now it’s finally rolling out to WhatsApp messenger’s stable build.

Over the last couple years, people have enjoyed making voice and video calls on WhatsApp. In fact, our users spend over 2 billion minutes on calls per day. We’re excited to announce that group calls for voice and video are coming to WhatsApp starting today.

It’s easy to use too and lets you video/ voice call up to four people. The new update is available to download for both Android and iPhone users.

The good thing is that just like the text messages sent using WhatsApp, your calls will be end-to-end encrypted as well. Meaning, only you and your recipients will be able to listen in to the call, as each session will use encrypted keys stored in the devices used by you and your chat partners.

Google Chrome Gets its First Major Redesign in Years

WhatsApp also says that the new video calls have been further optimized to work under different network conditions. The messaging app has the highest number of monthly active users ad it serves as the default messaging app for most smartphone users across the world.

But people had to switch to other apps, like Skype, in order to have a group video call. The new feature will surely help WhatsApp retain its active users, and might even increase its overall market share.