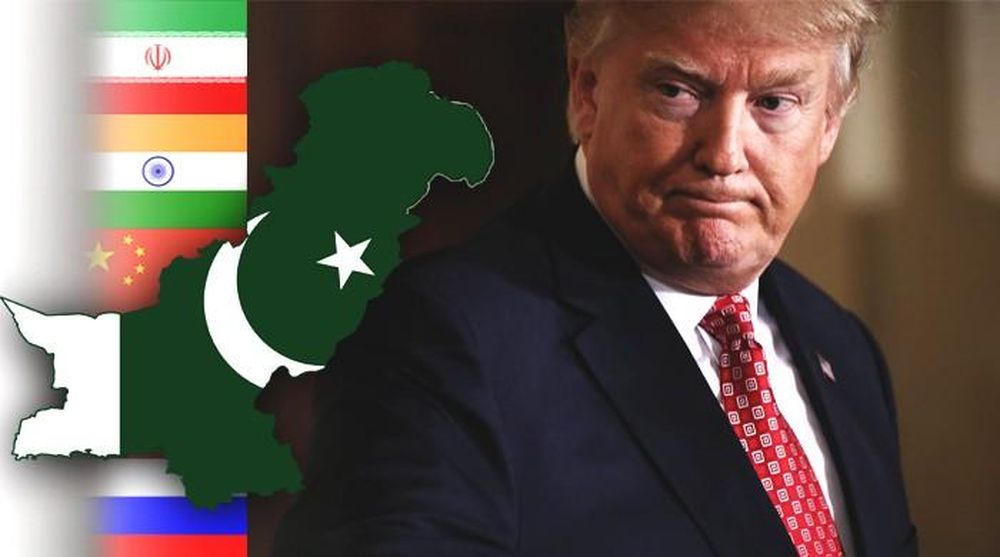 In a bid to restructure foreign policy towards Pakistan, the US Congress has passed a $716.3 billion defense authorization bill, capping its security-related aid to Pakistan at $150 million, which is significantly less than the nearly $1 billion per year. However, the bill eased certain conditions that were linked to the usual US-aid including actions against the Haqqani Network and Lashkar-e-Taiba (Let).

“The legislation reduces the total amount of funds provided for reimbursement to Pakistan to $150 million. This is a significant reduction from the $700 million that was authorized through Coalition Support Fund last year,” said Anish Goel, a member of Barack Obama’s White House National Security Council.

In the latest National Defense Authorization Act (NDAA), the security aid to Islamabad that had once started from $750 million to $1 billion per year has now shrunk to $150 million. This, of course, comes with the exception of easing the pressure on Pakistan regarding the capture of Haqqani Network and Lashkar-e-Taiba.

Imran Khan is the Seventh Most Followed Leader on Social Media

This crucial reduction translates into the fact that the US doesn’t have much leverage to pressurize Pakistan into taking actions against the banned militant organizations. The US previously used these funds to ask and ultimately force Islamabad to take more actions against the Haqqani network.

The move comes after an aggressive tweet that came from Trump during the start of 2018, where he blamed Pakistan for “lies and deceit” for providing “safe havens” to terrorists in exchange of $33 billion worth of US aid to Islamabad. Trump tweeted that there will be “no more” US aid to Pakistan. 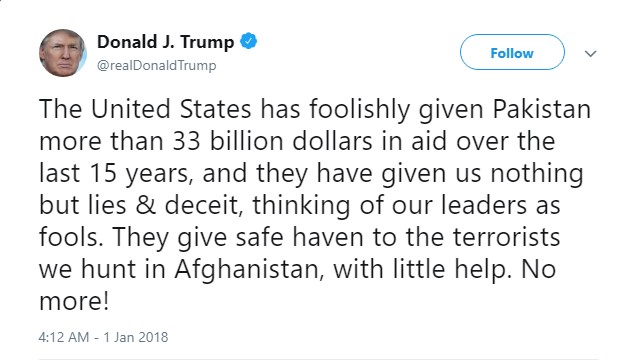 The following chart graphic is an example of how Pakistan and US ties are worsening over the years. 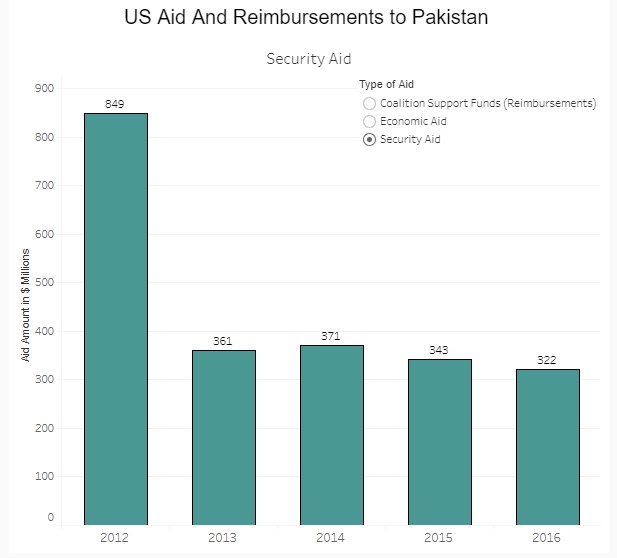 The NDAA also includes a provision allowing the administration to waive some sanctions on Russia that would have traditionally barred Washington from selling any defense equipment to Russia.

“This year’s NDAA represents an important opportunity to implement an effective approach to confront a growing array of threats around the world,” McCain said.

It seems that USA is now trying to develop new relations and further strengthen its geostrategic position in the world while at the same time adopting an aggressive foreign policy towards Pakistan that might hint towards the end of friendly Pak-US relations.