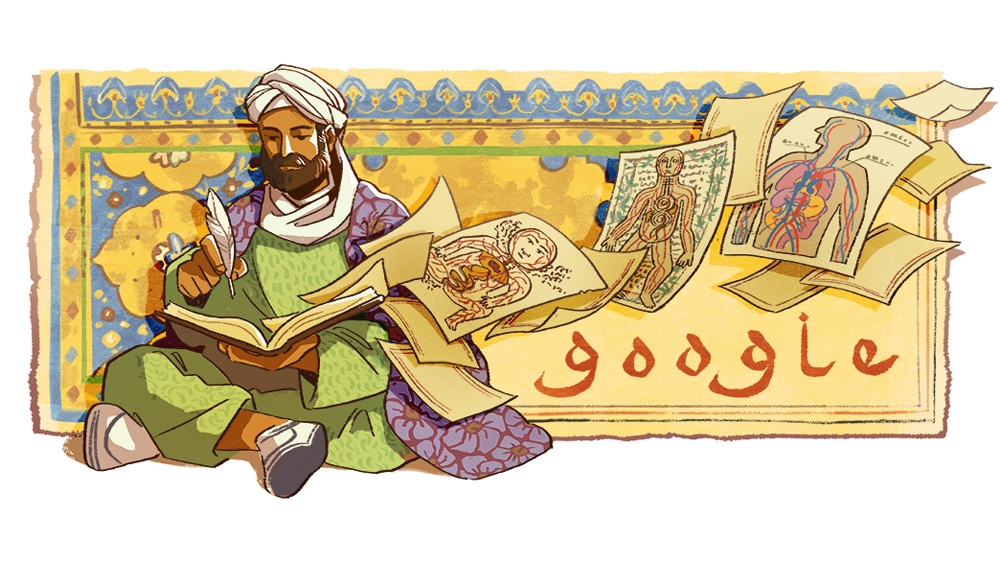 Google doodle celebrated the life of Persian Polymath Ibn-e-Sina (or popularly known as Avicenna in the west) on Tuesday by greetings its users on the search with an Ibn-e-Sina doodle. Ibn-e-Sina is regarded as one of the most significant physicians, astronomers, thinkers, and writers of the Islamic Golden Age. He made significant contributions in the fields of medicine and astronomy.

Ibn-e-Sina was born in 980 in Afsana, present-day Uzbekistan, during the Islamic Golden Age. The literal meaning of his name is the son of Sina. His extraordinary intellect manifested itself from an early age. By the age of 10, he had memorized the Holy Quran and by 13 was studying medicine, furthermore, he became an expert in the field of physics, mathematics, metaphysics, and logic.

P for Pie: Android 9.0 Officially Released With a Bunch of Smart Features

The scholar had a passion for knowledge and after studying math, he went on to explore astronomy, physics, philosophy (reading Aristotle in his teens), and medicine. While adept at all the fields, Ibn-e-Sina found his calling in the medical profession, which he began practicing at the age of 18.

Ibn-e-Sina has been described as the father of early modern medicine. Of the 450 works he is known to have written, around 240 have survived, including 150 on philosophy and 40 on medicine.

His most famous works are The Book of Healing, a philosophical and scientific encyclopedia, and The Canon of Medicine, a medical encyclopedia which became a standard medical text in many medieval universities and remained in use as late as 1650. In 1973, Ibn-e-Sina’s Canon of Medicine was reprinted in New York.

This five-volume medical canon was translated to Latin in the 12th century and used as an important text in European medical courses until the 17th century. Ibn-e-Sina’s was the first known medical encyclopedia to identify tuberculosis, and it provided insight on contagious diseases spreading through water and soil. It also provided a basis for topics such as anatomy, pediatrics, and gynecology.

Google Doodle describes his work as:

The first work to identify contagious diseases such as tuberculosis, to hypothesize that soil and water spread sickness, and to set forth the basics of anatomy, pediatrics, and gynecology, the ‘Canon’ is now credited as forming the basis of Western medicine.

In his life, Ibn-e-Sina worked as everything from a political administrator, soldier, court physician and was even imprisoned at one point.

Ibn-e-Sina died in 1037 in Hamadan, Iran at the age of 58. He’s still considered an iconic figure in many places. Tajikistan has bank notes bearing his image and Azerbaijan and Iran still portray his likeness on monuments today.