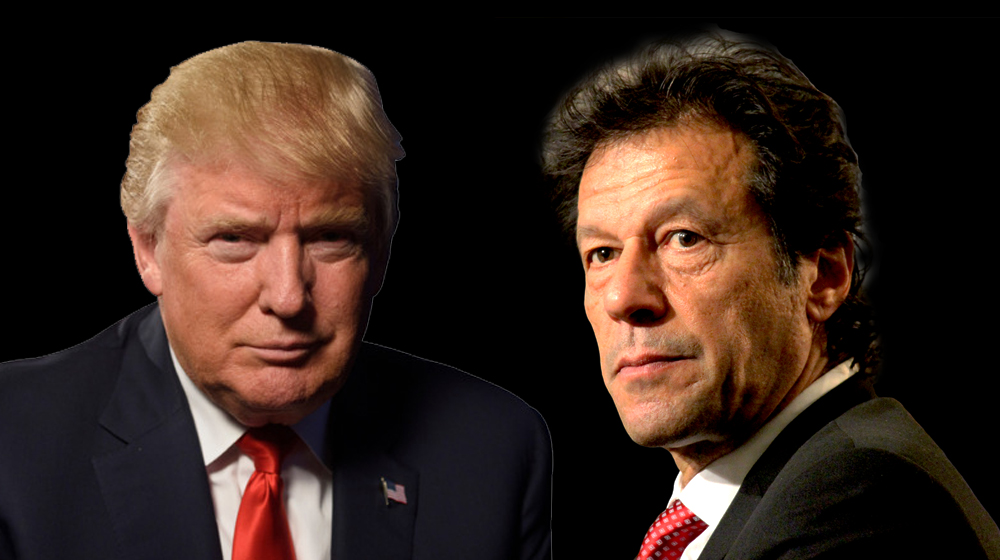 The cricketer turned politician, Imran Khan’s swearing-in has ushered a new hope among the youth of Pakistan, but does it mean the dawn of a new era when it comes to the relationship with the United States of America? Time will tell.

The past few years have seen the two countries’ relations deteriorate with America accusing Pakistan of providing safe havens to terrorists on multiple occasions without there being any substance in the allegations. While there are allegations, there is also the acknowledgement by the US – on a few occasions – of the efforts put in by Pakistan to curb extremism, not just in Pakistan but in the region as well.

However, with Imran Khan taking oath as the new Prime Minister, there is hope in both the countries, more so in Pakistan, of strengthening the diplomatic ties.

Pakistan’s geostrategic importance cannot be denied and that is why it holds an important place in the US Foreign Policy and while the country battles with militants including the ISIS and Al-Qaeda, something that both the countries share and provides an opportunity to take a fresh start and craft a policy which helps both America and Pakistan.

Pakistan’s Foreign Minister Shah Mehmood Qureshi has clearly stated that the new relations will not be one-sided rather a partnership in peace and not war. Pakistan has been fighting the wars of other countries (read America) and it has lost countless lives, billions of dollars and whatnot. All this and years of efforts against terrorism to be reminded by Trump Administration that Pakistan is not doing enough? The relationship with the US is of paramount importance, no doubt, but it is high time to remind Mr Trump that their days of dictating terms to Pakistani leadership are over.

Pakistan’s Efforts to Repair Its Reputation

Let’s have a look at the efforts put in by Pakistan in the recent years to eradicate terrorism in the region.

Despite what the critics portray, Pakistan has continued to play its part in rooting out the evil of terrorism and in doing so it has lost around 60,000 people in the past decade or so, billions of dollars spent on someone else’s war, and since 9/11, Pakistani armed forces have captured or killed more than 95% of the ISIS and Al-Qaeda’s militants and seized more than 200 tons of IED.

In providing passage to the NATO forces, Pakistan has lost its longstanding ally Afghanistan and the country now faces threats from not just the East, but the Western border as well which is far more treacherous than the Line of Control.

With United States Secretary of State Mike Pompeo visiting Pakistan on September 05 to meet with the Foreign Minister and possibly Imran Khan, the visit presents an opportunity for the leaders to move forward instead of just pointing fingers at each other. The recently released statement by Pompeo hasn’t been received very well in Pakistan and it has been brushed aside saying that no such thing as terrorist activity was discussed in the Secretary’s telephonic conversation with Imran Khan. The US, however, stands firm on its stance despite shakily answering the questions regarding the matter.

A bright aspect, however, is the young Pakistan Ambassador to America Ali Siddiqui who has recently resumed the post and understands that patching up the two countries relations bode well for both Trump and Imran Khan. He is a tech-savvy, economically knowledgeable, western educated and incorruptible, which means that the task of repairing the relations from Pakistani side is in good hands.

Rejuvenated Pak-US relations would mean a win-win situation for both nations and Imran Khan believes in fostering relations with the US, however, President Trump must also rethink America’s foreign policy concerning Pakistan and find a middle ground for common interests wherein the two countries can get back on the track to ensure regional peace in Southeast Asia.