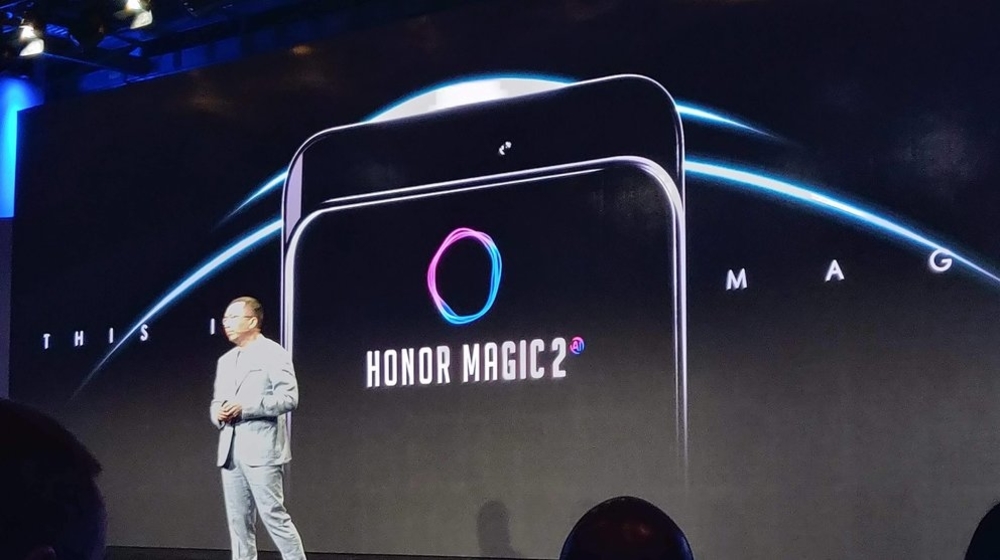 Huawei was supposed to launch its new 7nm processor at the IFA event in Germany but their sub-brand, Honor, decided to beat them to the headlines by teasing their new upcoming bezel-less phone.

The Honor event started with the launch of the Honor Play for European markets but towards the end, they surprised everyone with the announcement of Honor Magic 2.

The original Honor Magic was released in December 2016 and it came with a unique and eye-catching design.  Honor only confirmed a couple of things about the device so far which has already received a lot of attention.

One of the most important things that the Honor Magic 2 will feature is a Magic Fullview Display up front which is a large edge to edge screen without any notch or chin.

At first glance, it looks a lot like the OPPO Find X but as we can see in the image below, the display up front is not curved on the sides, which should make handling the phone easier without any kind of accidental touches on the display.

As for the cameras, there’s no room left for them so Honor decided to place them on a retractable top, much like the Find X. Honor is calling it the “Magic Slide” feature, however, unlike the Find X, the top is not motorized and instead has to be slid up manually whenever you need to use the cameras.

Moreover, the Magic 2 is also going to be Honor’s first phone to come with the brand new HiSilicon Kirin 980 chipset, which will actually be launched today at the IFA by Huawei. The Magic 2 will also support 40W Super Fast Charge, enabling extremely fast charging for the unannounced battery.